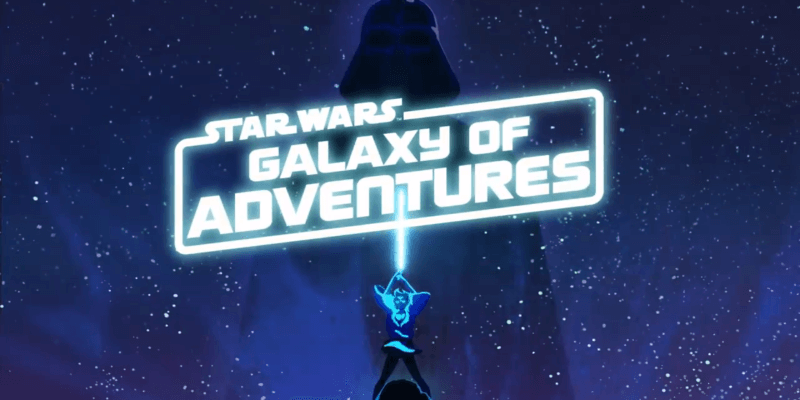 If you’re itching to introduce your younglings to the “Star Wars” universe but they’re not ready to watch the movies yet, Lucasfilm has the answer: “Star Wars Galaxy of Adventures,” a new series of animated shorts debuting on November 30, 2018.

The series arrives on the all-new StarWarsKids.com and Star Wars Kids YouTube channel and introduces young fans to the important themes, iconic characters, and classic moments from the “Star Wars” saga. The first six shorts combine original dialogue, sound effects, and music from the “Star Wars” films to create an accessible way for the next generation of fans to enter the galaxy far, far away. The series also includes educational add-ons and Star Wars Fun Facts so fans can keep exploring the universe after the credits roll.

You can get a peek at the new series in the trailer below.

After the initial 6-episode run, more shorts will debut in December with regular releases to follow in 2019. Speaking with StarWars.com, Lucasfilm’s vice president James Waugh said, “Over the years, I’ve had so many of my friends who are parents tell me how much they wanted to introduce their kids to “Star Wars” but didn’t feel that their kids were quite ready for the movies yet. They wanted a way to celebrate the universe they love.”

According to StarWars.com, these animated tales are “part of a multi-pronged initiative under the Star Wars Galaxy of Adventures banner, and the beginning of a year-long celebration of Star Wars storytelling, which will culminate with the final chapter in the Skywalker saga — Star Wars: Episode IX — in theaters December 2019.”

In addition to the first six episodes debuting November 30, a new line of Hasbro toys will be available exclusively at Walmart starting December 1, and then nationwide in January 2019.

Key art for the new series was revealed as well: 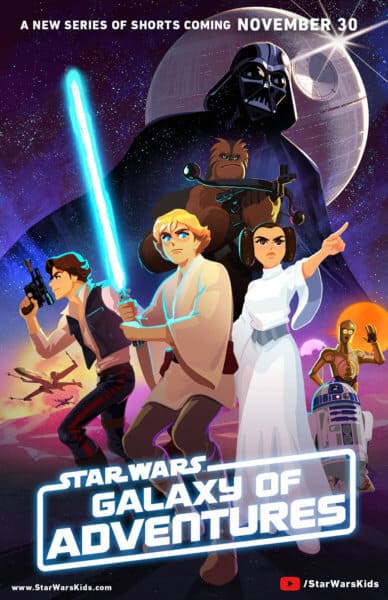 Gather your little ones and watch the new “Star Wars Galaxy of Adventures” series on StarWarsKids.com and the Star Wars Kids YouTube channel starting November 30.