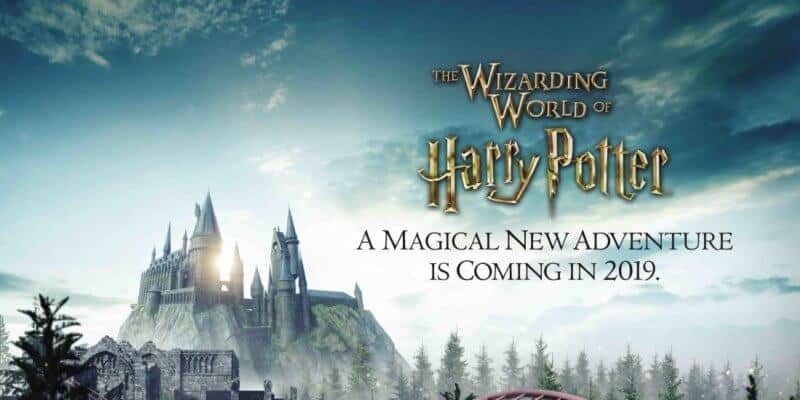 A brand-new Harry Potter-themed roller coaster is set to debut at Universal Orlando Resort’s Wizarding World of Harry Potter next year, and today, we have a first look at a new teaser poster for the attraction.

Though details on the new ride are still scarce, the poster previews the ride track with the majestic Hogwarts Castle in the background. A few mischief-making pixies hover near the ride as well. This attraction in the Hogsmeade section of the park replaces Dragon Challenge, which closed in September 2017. 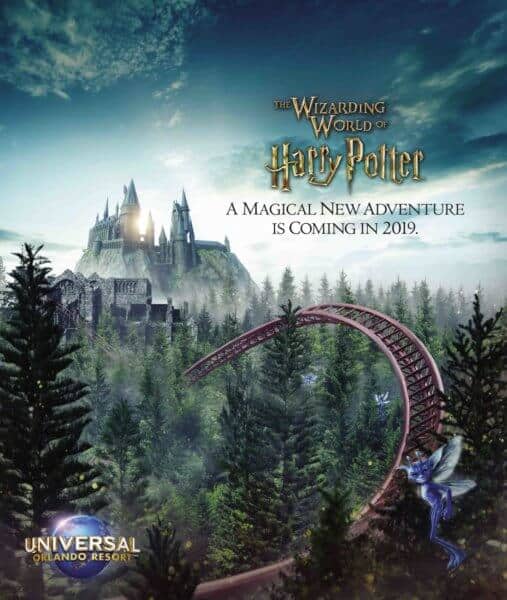 “Opening in 2019 at Universal’s Islands of Adventure theme park, the new experience will become Universal’s most highly themed coaster yet – immersing guests in an all-new adventure that is the next installment of the Wizarding World brought to life at Universal Orlando Resort,” says the theme park.

More information on the new attraction is expected in early 2019, and in the meantime, you can enjoy the other magical attractions currently available in the Wizarding World of Harry Potter at Universal Orlando Resort. Preview those rides in our videos below.