Celebrating the magic of Harry Potter and the Wizarding World wonders crafted by J.K. Rowling, Department 56 introduces the Harry Potter Village later this year. Starting with a trio of buildings, a motion accessory and three figure sets, the spell is cast all but ensuring the delight of Harry Potter fans everywhere. 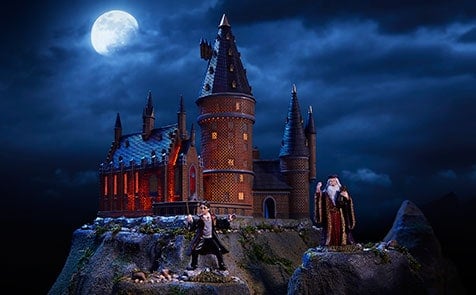 With the success of their Universal Classic Monster cinema scenes, “Nightmare Before Christmas,” Disney and Grinch themed villages, Department 56 is no stranger to intellectual property village masterpieces.  Based on Warner Brothers film adaptations of the Harry Potter novels, Hogwarts Castle, Hagrid’s Hut and Ollivanders Wand Shop will start the collection. Quidditch is also well represented with an animated red-robed Harry Potter chasing the golden snitch. Figure sets include Harry and Dumbledore, Hermione and Ron, and Hargrid with Buckbeak. 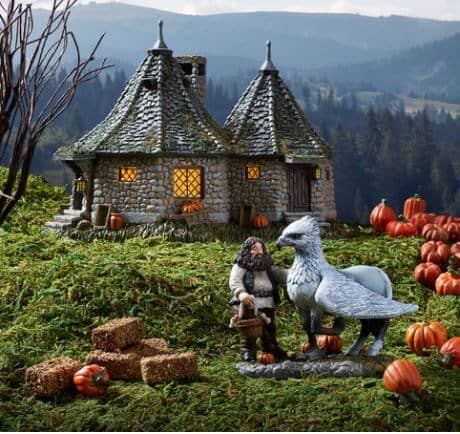 This 13.07-inch tall version of the famous school of witchcraft and wizardry will be illuminated when it apparates later this year. 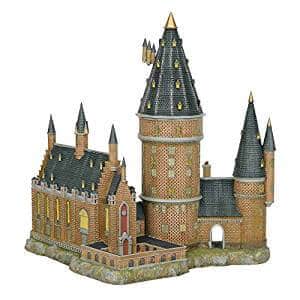 Also illuminated, Hagrid’s home is surrounded by grass with a smattering of pumpkins.  Hogwarts’ gentle giant’s hut is comprised of two round structure and stands 6.7 inches tall. 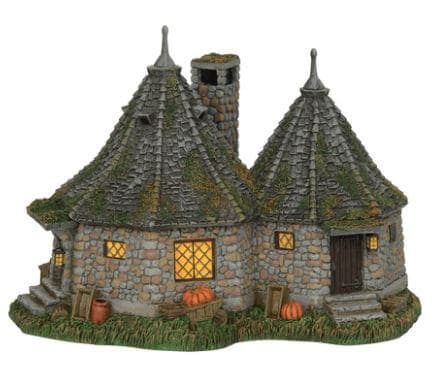 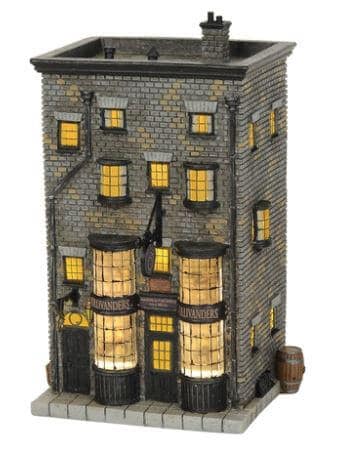 High above the viewing Quidditch pitch viewing tent, Harry Potter zeroes in on the game winning golden snitch.  Snitch and Harry rotate around the top center of this 9.84-inch collectable. 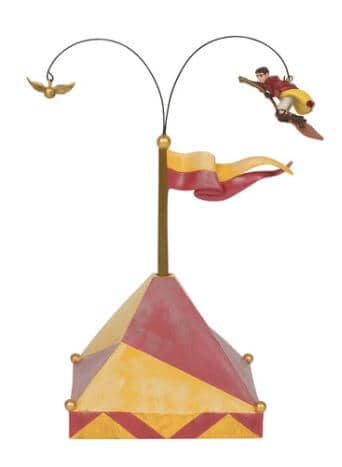 Fantastic Figures (and where to find them) 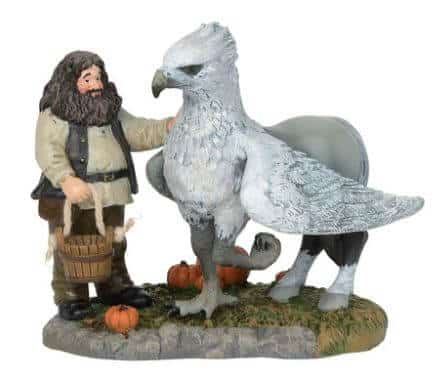 Harry and the Headmaster

Harry, wand at the ready and Dumbledore, book in hand observes. This pair of village figures is 3.15 inches tall. 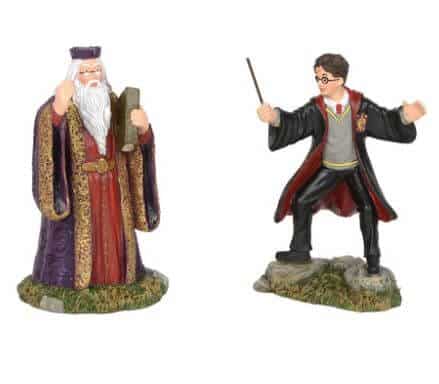 Harry and the Head Master $35

Hermione corrects Ron in the proper pronunciation of the levitation spell as a small rat begins to rise from the ground.  This figurine set measures 2.88 inches tall 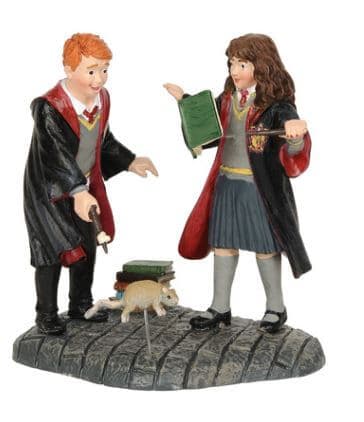 “Harry Potter and the Sorcerer’s Stone” was first released in the United States, by Shoolastic Corporation, in 1998 (arriving a year earlier in England under the title, “Harry Potter and the Philosopher’s Stone”), twenty years ago! Warner Brothers Studios film adaptations cast their spell on audiences in 2001.

Department 56’s Harry Potter Village is a must-have magical manifestation. Village pieces, accessories and figurines will be released on November 11, 2018.  They may be ordered from Amazon (via the links above) and found at select stores featuring this fine line of miniature collectibles. 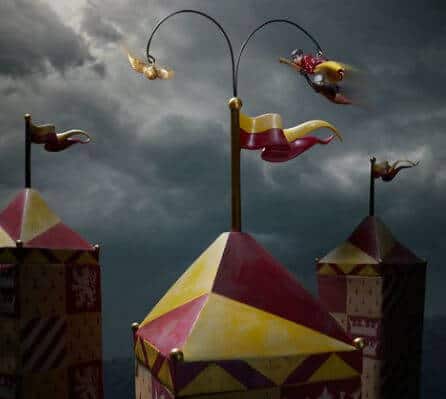