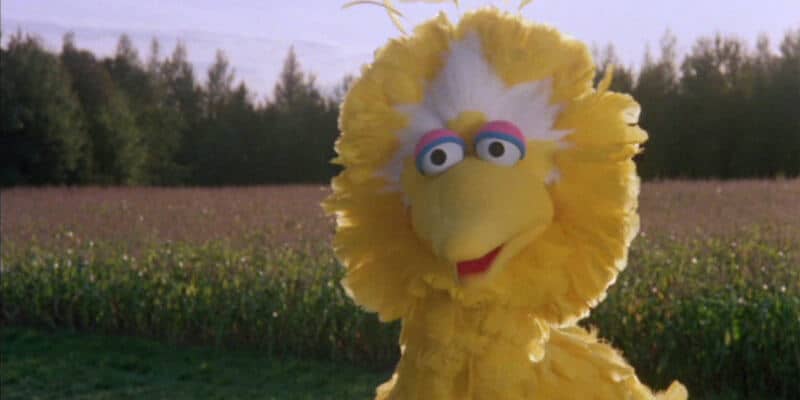 For nearly fifty years, the legendary Children’s Television Workshop production “Sesame Street” has been entertaining and educating kids, while giving parents a comfortable safe haven on public TV, and more recently HBO. The series also begat two theatrical feature films: “Sesame Street Presents: Follow That Bird” in 1985 and “The Adventures of Elmo in Grouchland” in 1999. Now a third movie has breezed through the development stage at Warner Bros., and appears ready to begin pre-production.

In an exclusive story, Hollywood trade publication Variety revealed today that the new “Sesame Street” movie will be directed by Jonathan Krisel of “Portlandia,” “Baskets,” and “Saturday Night Live.” It is being written by the team of David Guion and Michael Handelman (“Night at the Museum: Secret of the Tomb,” “Dinner for Schmucks”), and produced by Michael Aguilar (“Constantine,” “Timeline”).

While Variety also reports the movie will be a musical, there are no further details available at this time. It’s probably safe to assume that familiar “Sesame Street” characters such as Big Bird, Elmo, Oscar the Grouch, Cookie Monster, Grover, Count von Count, and of course Ernie and Bert will show up on screen alongside human friends and cameo appearances by celebrities.

“Sesame Street” launched in 1969 under creators Joan Ganz Cooney and Lloyd Morrisett, utilizing Jim Henson’s popular Muppets-branded puppet style of design and performance. The show’s cast has included Henson, Frank Oz, Caroll Spinney, Jerry Nelson, Richard Hunt, and Martin P. Robinson, among many others. It has won numerous awards over the past five decades, and is recognized among the greatest and longest-running television series of all time.

WATCH “THE ADVENTURES OF ELMO IN GROUCHLAND” TRAILER FROM 1999:

No release date has been set for the third “Sesame Street” movie, but it would be unfortunate if the release did not coincide with the show’s fiftieth anniversary next November.

Comments Off on Third “Sesame Street” movie in active development at Warner Bros., director and writers already on board