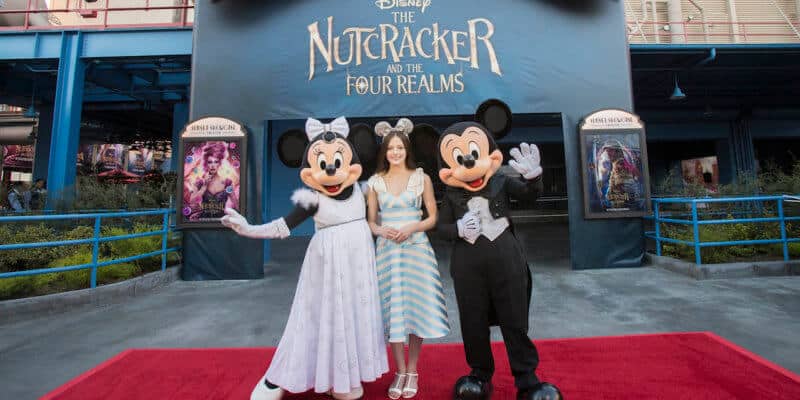 An early holiday gift is coming to Walt Disney World and Disneyland Resort with a special 12-minute sneak peek of Disney’s “The Nutcracker and the Four Realms.” And in celebration of this new extended preview, the film’s star Mackenzie Foy made a special appearance at Disney California Adventure this past week.

Last Thursday, in celebration of this new limited time attraction, actress Mackenzie Foy (who plays Clara in the film), and Mickey Mouse and Minnie Mouse, were on the red carpet at Disney California Adventure.

The three stars posed on the red carpet outside of the Sunset Showcase Theater for the premiere of the new preview. Foy will be making her Disney film premiere in her role as Clara in the coming film. Fans might have seen her before in her role as young Murphy in the 2014 space film “Interstellar” and as Renesmee Cullen in the 2012 film “The Twilight Saga: Breaking Dawn” Part 2. 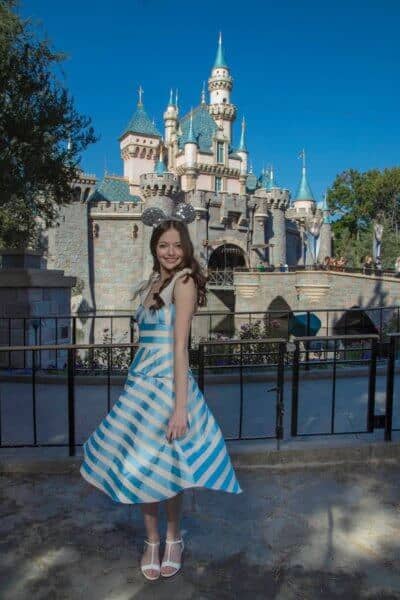 For a limited time starting October 5, catch a portion of the new film with an on-screen introduction from Mackenzie Foy, who plays Clara. “The Nutcracker and the Four Realms” follows Clara’s journey into mysterious magical lands, where she meets the Sugar Plum Fairy (Keira Knightley), a soldier named Philip (Jayden Fowora-Knight), and the tyrannical Mother Ginger (Helen Mirren).

Below, Mackenzie Foy invites guests to Disney’s “The Nutcracker and the Four Realms” sneak peek.

WATCH – “THE NUTCRACKER AND THE FOUR REALMS” OFFICIAL TRAILER:

Guests at Disneyland Resort can see the sneak peek in 3D at the Sunset Showcase Theater in Disney California Adventure. At Walt Disney World, guests can catch the preview at Walt Disney Presents in Disney’s Hollywood Studios.