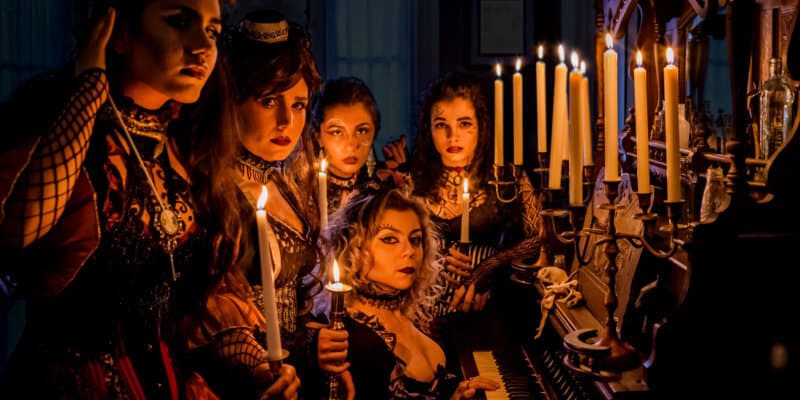 Nothing screams Halloween more than the iconic haunted house.  Perhaps inspired by infamous attractions like Disney’s Haunted Mansion, eerie experiences are a Halloween mainstay across America every fall.

Gazing into our crystal ball, Inside the Magic digs up 9 nightmares worth exploring this spooky season. From California’s sprawling Winchester Mansion to a small Victorian bed and breakfast, this tiny trip of terror unearths a small spirited sampling of the hundreds of happy haunts across the nation. 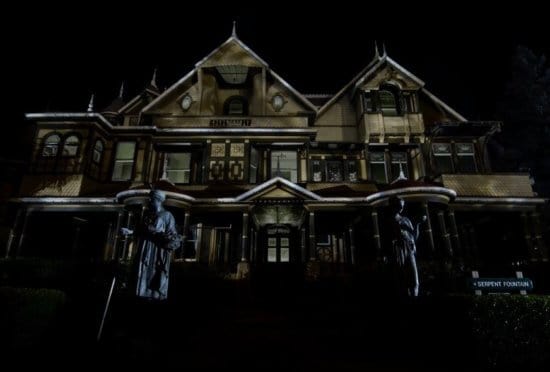 From September 28 through November 3rd, terror reigns in Louisiana (on select nights). This highly detailed nightmare experience rates as one of America’s top haunts.

“From crawling through a crematory oven and an old hearse to being lost in dark underground tunnels or even finding yourself standing on a rickety bridge overlooking hundreds of live snakes, this 40,000 square foot haunted house is definitely not recommended for the faint of heart” – The 13th Gate

Haunting Thursdays through Sundays, beginning at 6pm (Sept. 28th –  Nov. 4th) Blood Prison dares visitors to escape the horrors within.  This haunt takes place within the confines of the Ohio State Reformatory.

“The most deranged inmates have escaped from maximum security prisons across the nation and claimed The Ohio State Reformatory as their new hideout. What goes on inside, it’s hard to tell. After one too many unsolved murder cases and creepy clown sightings, the authorities have left these psychopaths to themselves. But every Halloween, gates open to this hideout from hell — BLOOD PRISON.” – Blood Prison

Not too far from Georgia’s Six Flags attraction, near Interstate 20, lurks the nightmarish experience known as Containment Haunted House.  Billed as being too intense for those under the age 13, this macabre maze emerges on September 21st and operates select nights through November 3rd.

“As the winds change and the crisp fall air rolls in, evils begin to awaken. As the sun sets on a fall day the cool air ushers in the fog, Jack o’Lanterns begin to illuminate, and the sounds of screams fill the air. Halloween is upon us and Containment has come to life. The creatures within awaited your arrival for an entire year. Are you brave enough to enter?” – Containment Haunted House

“Are you sleeping well at night? Do nightmares keep you from getting the rest you deserve? They should. This Halloween Season, plunge into another dimension of fear…when bad dreams become reality. REALITY IS SHATTERED. Dive into the human psyche and live your nightmares during select nights this Halloween season!” –Dark Hour Haunted House 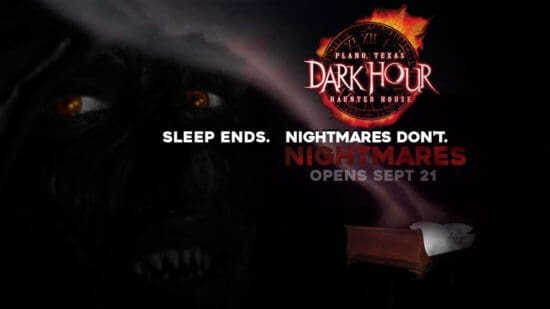 What could be more terrifying than a spooky attraction on Halloween?  Venture to Omaha, Nebraska’s Mystery Manor to learn the sinister solution to that challenge. Grisly murders took place at the manor in 1929. Some claim (evidence offered online) the manor is haunted.  Starting on Friday September 14th fans of fall fear face the possibility of real spirits mingling among the imagined haunts.  This macabre maze welcomes guests at dusk on select nights through Halloween.

19th century-built Higgins House Bed and Breakfast transforms into an enchanting and immersive experience on October 30th and 31st.   Steampunk Horror Troupe, Phantasmagoria hosts the event which will take place several times (on the half hour) each day. Will the sprits of this Victorian home make an appearance?

“Join Phantasmagoria in the perfect setting – a gorgeous Victorian Bed and Breakfast for its first ever walk through “Haunted” experience as magic, storytelling, and a séance to gather the forces of the “Ghost of the Higgins House” takes the audience on a delightful journey into the Whimsically Macabre!” –Phantasmagoria 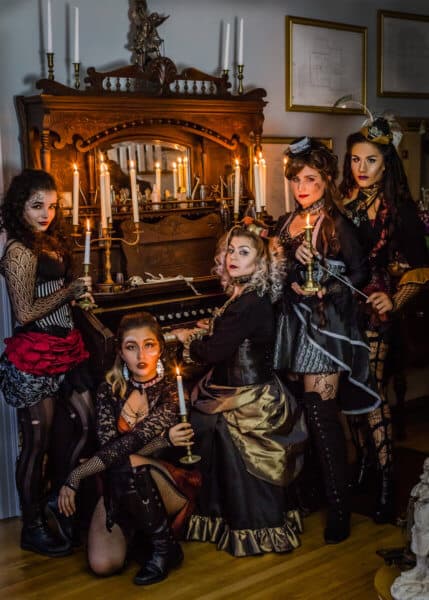 7. Terror Behind the Walls Philadelphia PA

“Terror Behind the Walls begins with a critical decision: should you explore the prison and watch the action, or should you mark yourself to truly interact with the denizens of the cellblocks? Those who opt in for true interactivity may be grabbed, held back, sent into hidden passageways, and even removed from their group. They will deal with the consequences of their decision through six long attractions.” –Terror Behind the Walls

For two decades the woods west of Detroit crawl with creatures as brave visitors traverse the mile-long trail of horror. Eerie experiences include the fear filled forest itself along with a haunted manor (new for 2018). This year, Terrorfied’s 30 acres of horror haunt select nights, beginning at 8pm, from September 21st through Halloween night.

“The Terrorfied Forest is a 30-acre attraction that takes you deep into darkness. Navigate your way through over a mile of heart pounding fright as creatures of the night come out to play.” –Terrorfied Forest 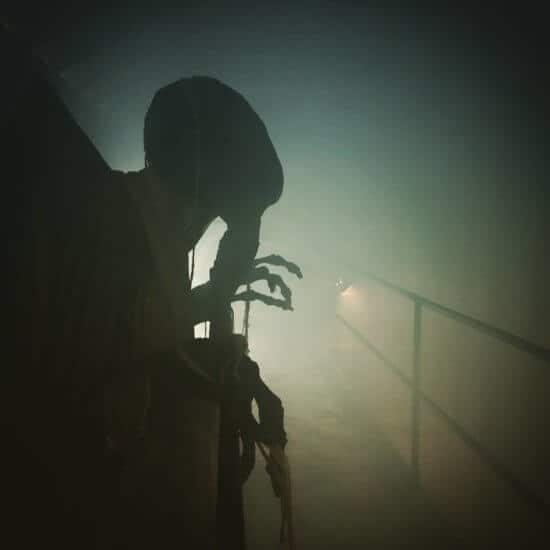 “Inside one of America’s most legendary haunted mansions, guests are led by flickering candlelight through an original Theatrical Experience dotted with scares, stunts and fun.

Debuting an all new show in Fall 2018 – The 13th Door.  This year guests are taken on journey through 13 Doors whose purpose and secrets the Winchester widow took to her grave.  Brave souls will roam the halls along a new, longer and maddening maze that is sure to rattle even the most skeptical among us.” Winchester Mystery House 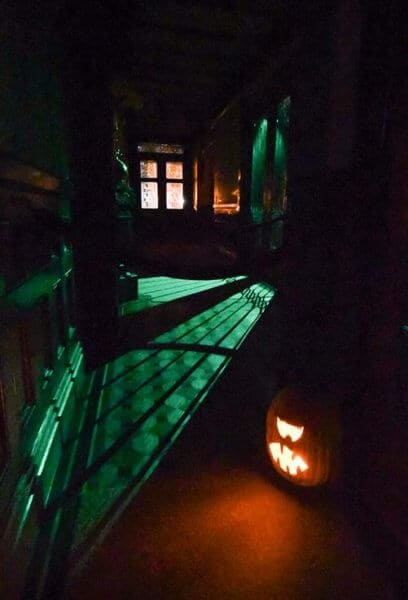 Offered as inspiration to find fear for fall fun, this tiny terror treatment is but a haunted handful of the monstrous mazes, terror trails and horror houses found across America this Halloween.  It should serve as encouragement to discover the dark delights that materialize close to home.

As seasonal spooks can be influenced by a number of factors, its best to check with each eerie event to ensure that dates and times have not changed or, sadly, even been canceled due to unforeseen circumstances.  One final note, after bravely exploring any one these macabre masterpieces, don’t forget to check under the bed at the end of the night; who knows what may have followed you home? 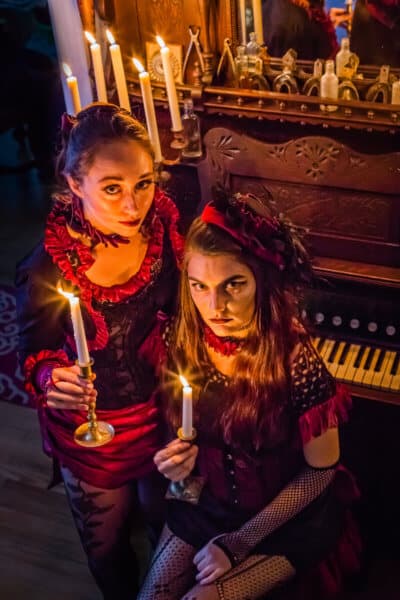 Comments Off on Halloween 2018: 9 nightmares for frightful fall fun