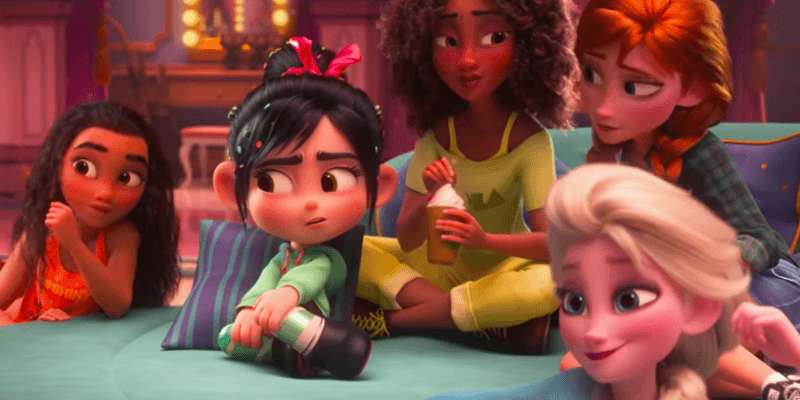 Last week, we got all kinds of exciting tidbits from Disney’s upcoming sequel to the 2012 animated hit “Wreck-It Ralph,” including the reveal of Gal Gadot as the voice of a new character and a look at Disney Princesses in some less-than-familiar attire.

Over the weekend, we got a sneak peek of “Ralph Breaks the Internet” that gave us a bit more of a look at Gadot’s character as well as a hilarious scene in which some of the Disney Princesses break the fourth wall.

Vanellope von Schweetz, the adorable little racer voiced by Sarah Silverman, is once again seen with some of the most iconic Disney Princesses in this new sneak peek. The scene features Merida, from Disney-Pixar’s “Brave,” attempting to explain her situation to the other princesses with her thick accent.

Moana leans in to a puzzled-looking Vanellope to tell her that the princesses can’t understand her, before Anna explains that “she’s from the other studio,” which seems to clear things up for Vanellope.

The video also gives another look at the casual attires worn by the princesses. Merida is seen wearing a shirt with a viscous-looking bear and the word “Mum,” Aurora is wearing a shirt that says “Nap Queen,” Moana’s shirt can now be seen to say “#Shiny” with what looks to be an image of Tamatoa and Anna’s shirt features a sandwich with text that reads “Finish each other’s.” 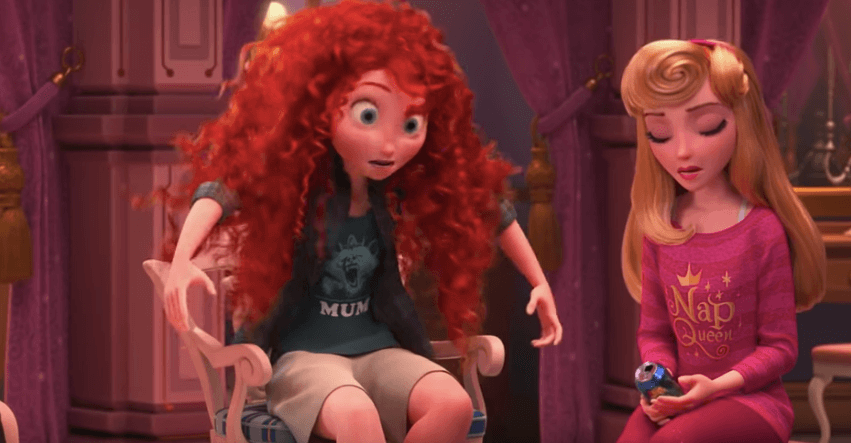 “Ralph Breaks the Internet” arrives in theaters on November 21.

Are you looking forward to Ralph Breaks the Internet? Let us know in the comments below!