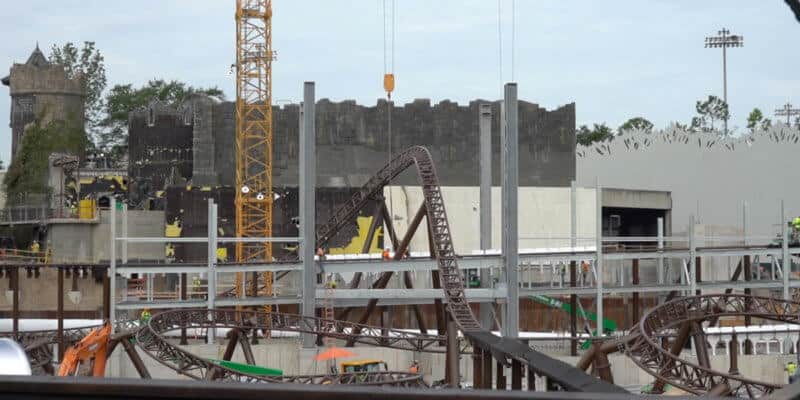 Regarded by Universal as the “next generation of thrill ride” and announced only last summer, this coming attraction is seeing a dramatic increase in production. The site already has its ride track, which was started only two months ago.

ITM first visited the attraction earlier this year in June, after it had officially closed as Dragon Challenge. At that time, construction, for the most part, had only just begun.

The land had simply been cleared of its prior ride elements and had a single ride track installed along the inner perimeter of the site.

Today, only two months later, the site already has what appears to be a full track. Themed ride elements have not yet been placed in the area but should follow after the track’s installation is complete. 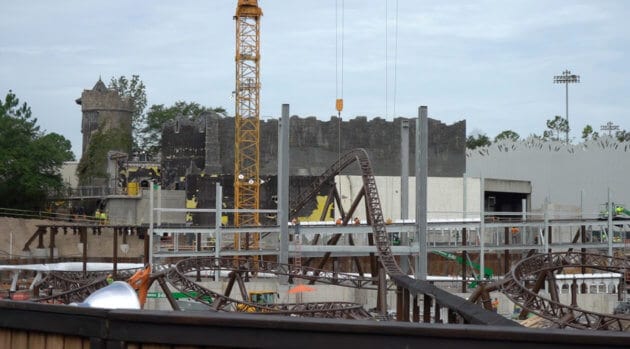 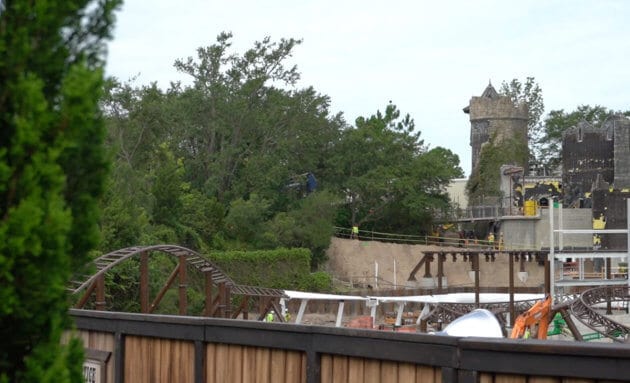 The attraction’s completion is expected sometime in 2019, and judging by this ride’s current construction, Universal has a good chance of finishing this attraction by early to mid-year. 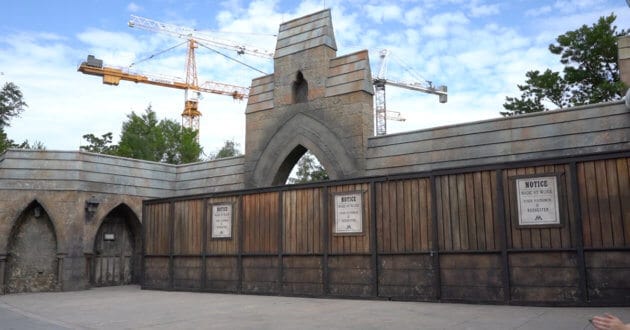 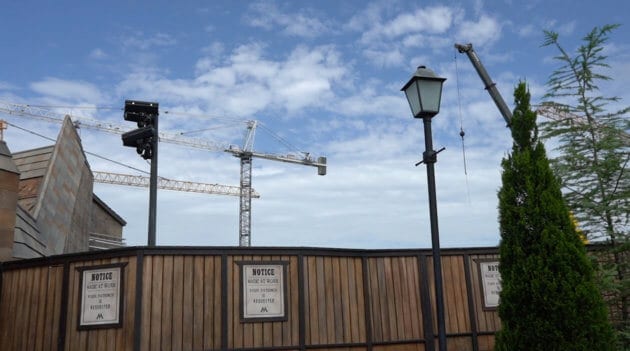 Another change from our last visit in June was the removal of large walls by Hogsmeade’s entrance. The walls had blocked views from inside the construction site.

No new updates have been released from Universal about the coming attraction. However, we do know “this new thrill ride will take you deeper into J.K. Rowling’s Wizarding World, where you will encounter some of your favorite characters and creatures. It’ll be unlike anything we’ve ever done before and it will be fun for the entire family.”

It was also announced that the Universal Creative team would be collaborating with Warner Bros. and the production design team from the Harry Potter films to bring this new coaster experience to life.

Are you excited for this new Harry Potter ride? Let us know in the comments below!