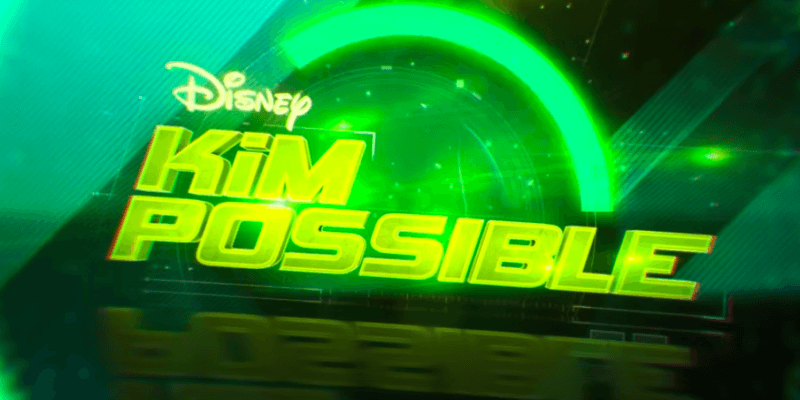 Back in February, Disney Channel announced plans for a live-action “Kim Possible” film. Recently, we got our first look at the live-action version of our favorite teenaged spy in an exciting teaser trailer for the movie.

The teaser gives us a look at actress Sadie Stanley who will portray the popular animated character in the tv movie.

“Kim Possible” will also star Sean Giambrone as Ron Stoppable, Alyson Hannigan as Dr. Ann Possible and Todd Stashwick as Dr. Drakken. Patton Oswalt will reprise his role from the animated series as Professor Dementor while Christy Carlson Romano, who voiced Kim Possible in the series, will appear in an as-of-yet unknown role.

The script will be written by the “Kim Possible” creators Mark McCorkle and Robert Schooley, who will also executive produce the film. This creative team also includes Josh Cagan and Zanne Devine, who will assist with writing and serve as executive producers on the project. It’s also been announced that Adam B. Stein and Zach Lipovsky are set to co-direct and co-produce the film.

Following the announcement of the film, Adam Bonnett, executive vice president, original programming for Disney Channels Worldwide expressed his excitement for the coming project, “As we embark on the fun challenge of making Kim and Ron fully dimensional, I’m thrilled to be working again with Mark and Bob and to welcome the addition of a dynamic creative team – Josh, Zanne, Adam and Zach – into a world where anything is indeed possible.”

For those who aren’t familiar, “Kim Possible” premiered on Disney Channel back in 2002 and ran for 87 episodes on the cable channel. The was nominated for an Emmy in 2003 for Outstanding Animated Program, and spun off into two animated Disney Channel Movies, “Kim Possible Movie: So the Drama” and “Kim Possible: A Sitch in Time.”

While no exact date has been set for the premiere of the film, the teaser promises we’ll see the return of “Kim Possible” to Disney Channel some time in 2019.