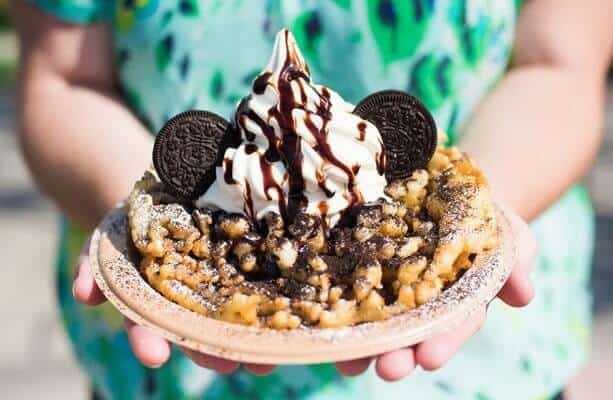 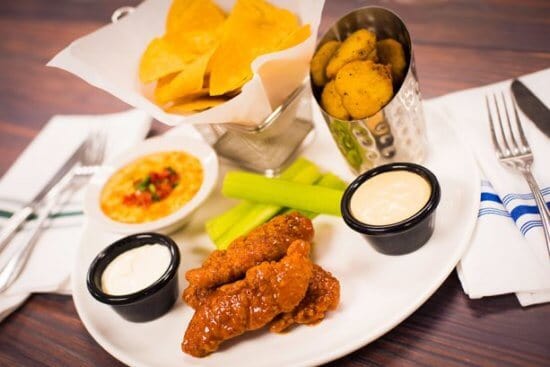 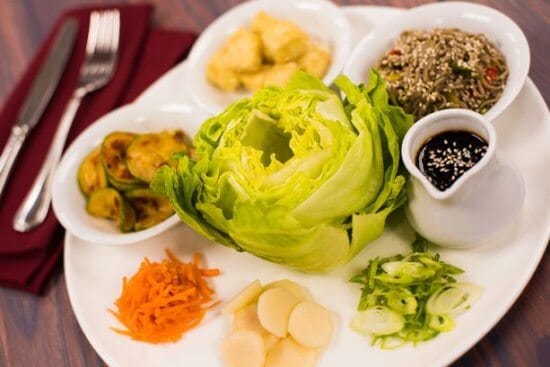 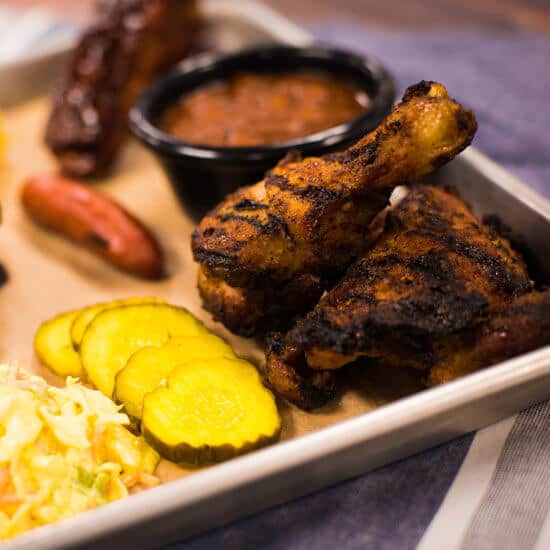 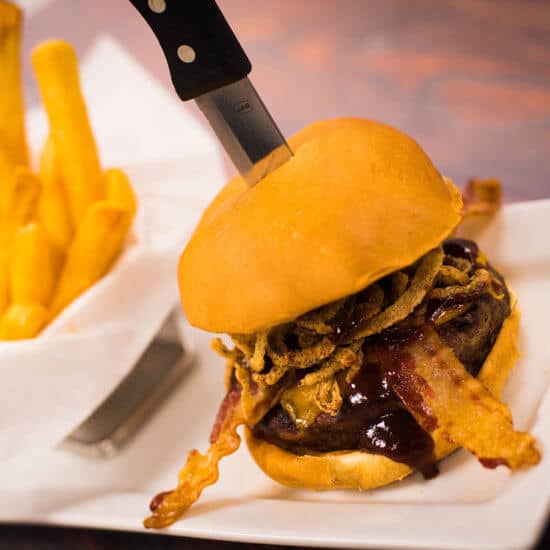 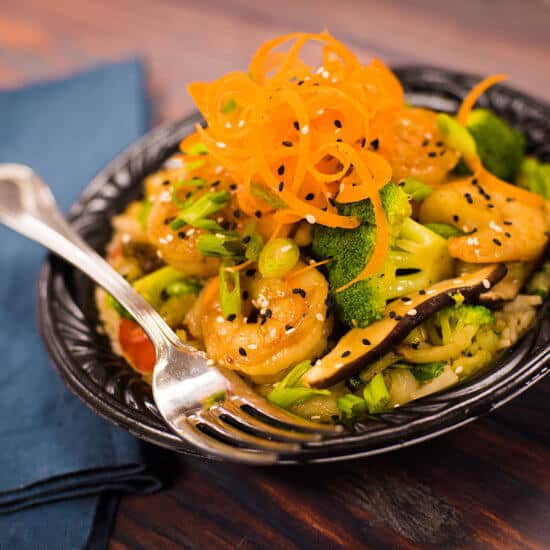 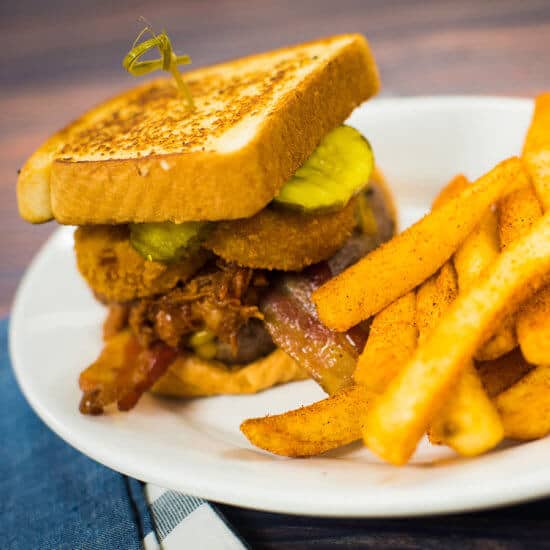 For lighter fare, the Mediterranean Chicken Salad and Vegan Burger are available for both lunch and dinner. The salad includes grilled chicken breast, mixed greens, cherry tomatoes, red onions, pepperoncini, kalamata olives, and feta cheese tossed in a Mediterranean vinaigrette and served with hummus and flatbread. 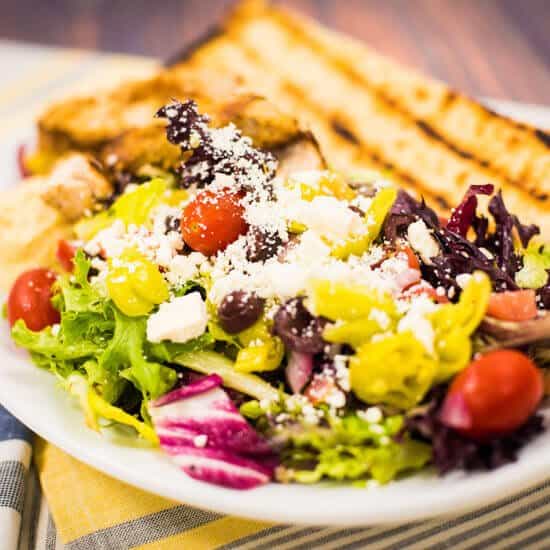 The Vegan Burger comes with lettuce, tomato, sautéed peppers and onions in a balsamic glaze, vegan mayonnaise ketchup, and sriracha mustard. It’s served on a brioche bun with french fries. 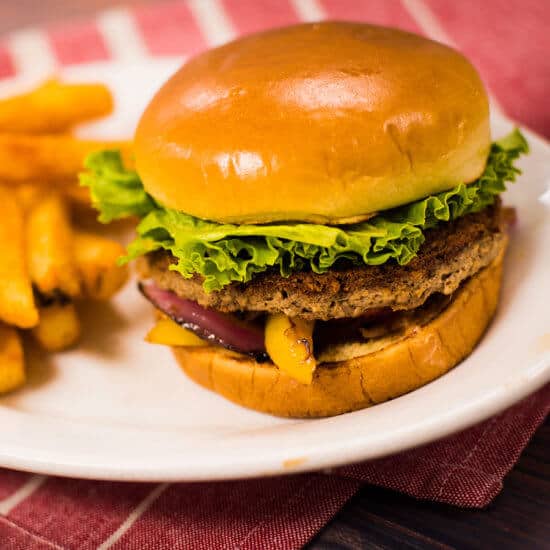 On the sweet side, there’s the new Chocolate Banana Cream Almond Crisp and the Toy Story Land Cupcake, which can also be found at the Trolley Car Café. 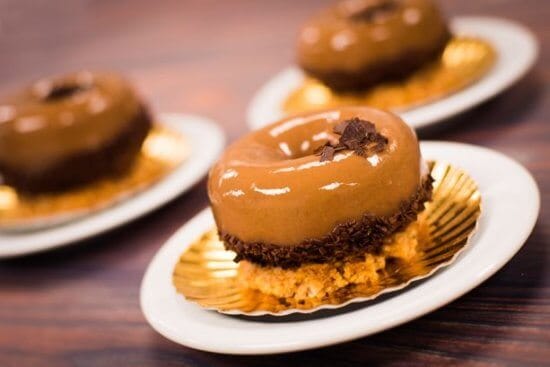 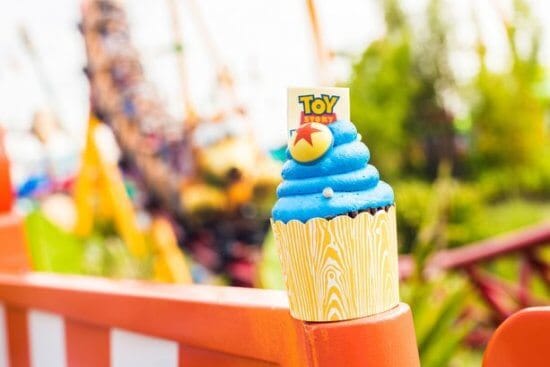 Stop by Oasis Canteen for the new Cookies and Cream Funnel Cake, which is topped with powdered sugar, crushed cookies and cream pieces, chocolate sauce, and your choice of vanilla or chocolate soft-serve. 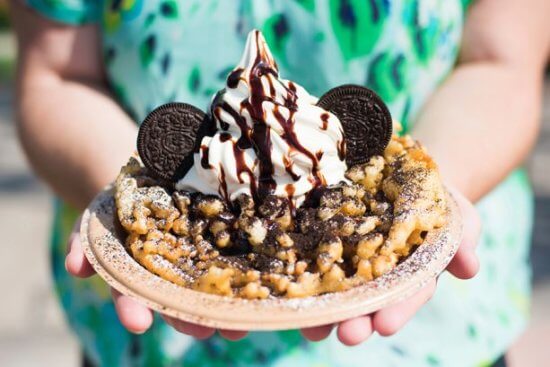 Enjoy Star Wars-themed desserts and watch Star Wars: A Galactic Spectacular from a reserved seating area during the party. The festivities begin at Launch Bay, where guests are given reserved seating and access to a dessert buffet with items like Blue Milk Panna Cotta with crispy pearls, chocolate Darth Vader-themed cupcakes with peanut butter icing, and Raspberry Mousse Domes. 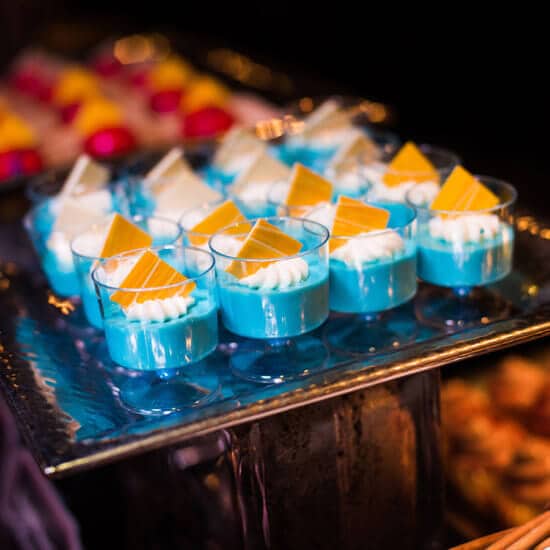 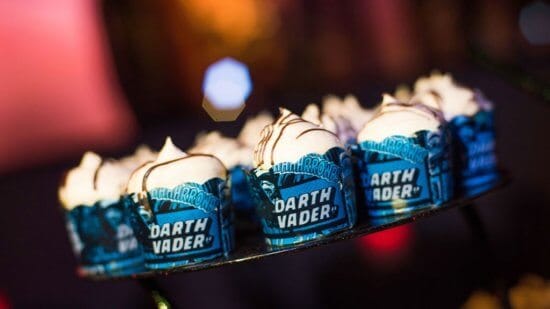 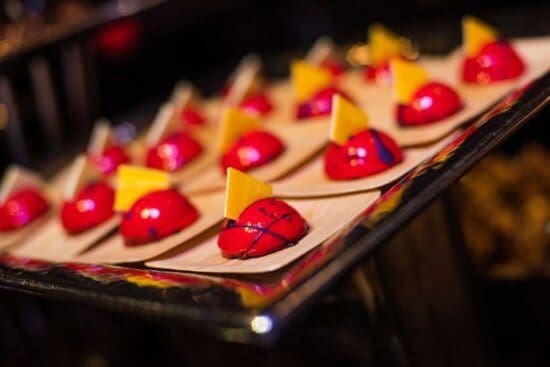 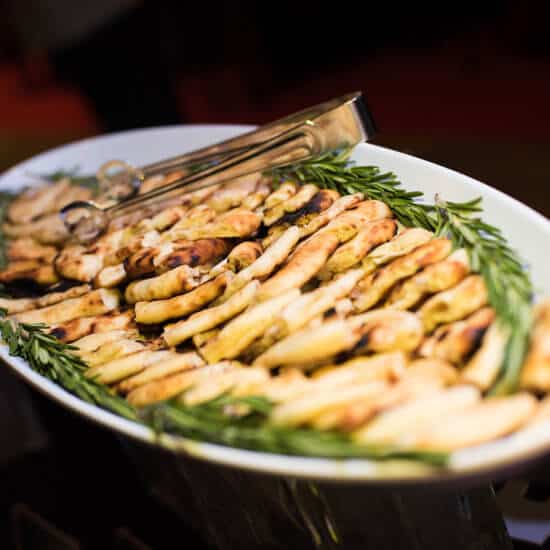 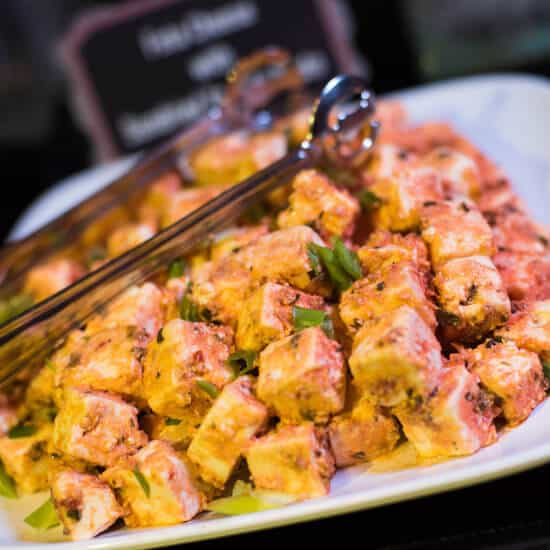 The party also includes alcohol (for guests aged 21 and up), including the Lightspeed Margarita with tequila, blood orange, sour mix, and lime juice. Beer, wine, and non-alcoholic beverages are also available. 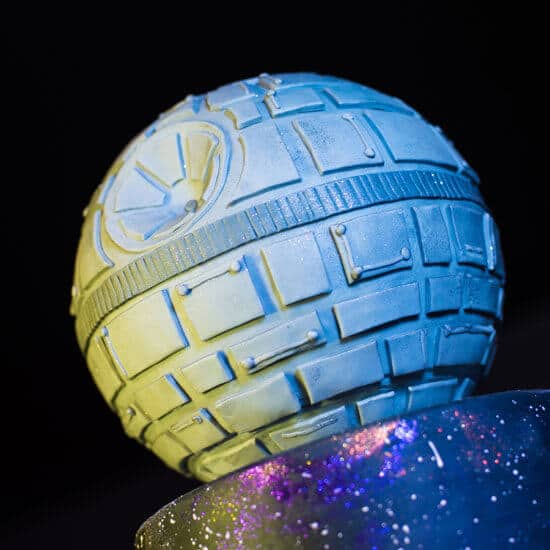 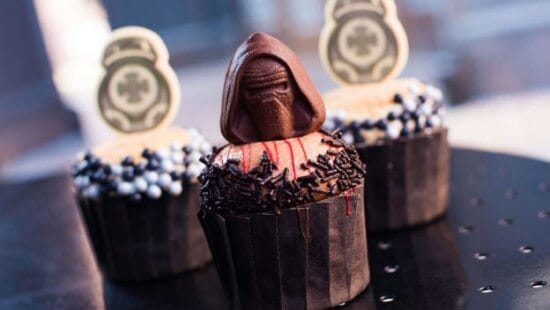 Throughout the park, find the AT-AT Popcorn Bucket, BB-8 Sipper, and Darth Vader Stein. Both the sipper and stein come with your choice of fountain beverage. 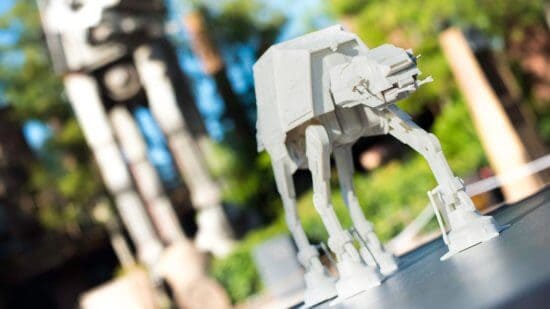 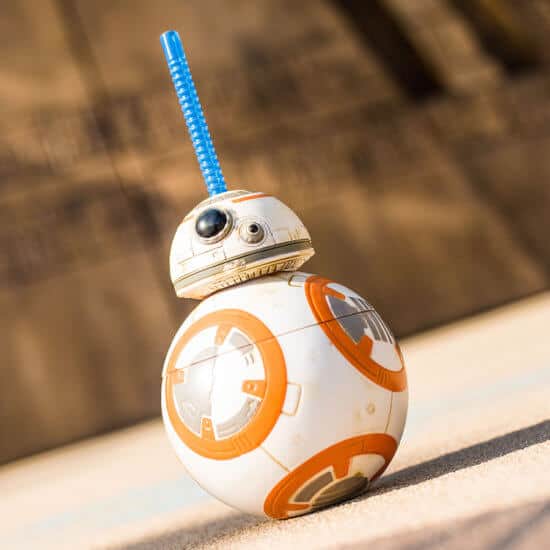 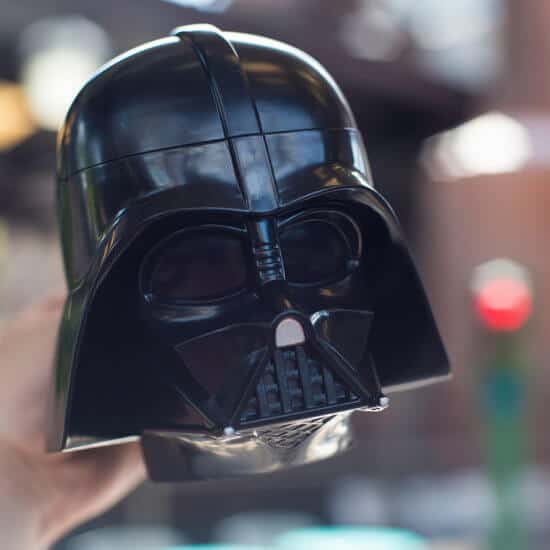 With all of this new food at Disney’s Hollywood Studios, be sure to bring a big appetite on your next visit to the park!