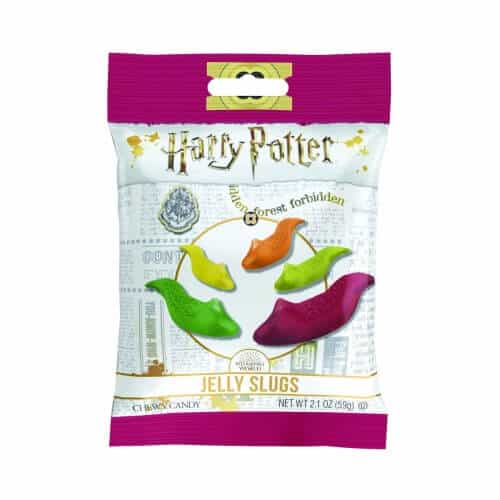 Recreating the tempting treat cart of Hogwarts Express fame will soon be a lot easier thanks to Jelly Belly.  Founded in 1898 the California based candy company is repackaging existing treats and introducing a cauldron full of candy delights to celebrate Harry Potter’s 20th Anniversary (“Harry Potter and the Sorcerer’s Stone” was released in the United States in 1998).

Chocolate Frogs will see new packaging and new, “photorealistic” collectable character cards (including Gilderoy Lockhart).  The lenticular legendary witch or wizard card is packaged with just over half an ounce of milk chocolate and crisped rice in the shape of a palm sized frog. 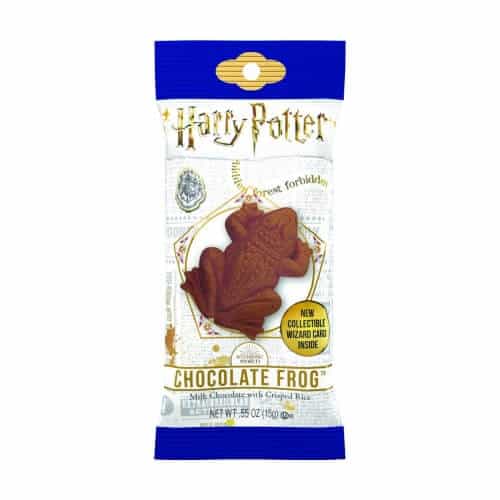 Inspired by J.K. Rowland’s series of novels about “the boy who lived,” four fantastic new featured treats will arrive this fall.  All new chocolate creations and gummi surprises will join the existing line of mouth watering magical treats.  Some will even include additional collectable elements!

The power of chocolate is realized in three new taste bud tempting treasures:

These will resemble the magical items used by Harry Potter, Albus Dumbledore, Hermione Granger or Ron Weasley.  Each 1 ½ ounce edible wand will be packaged with a sheet of familiar spells. 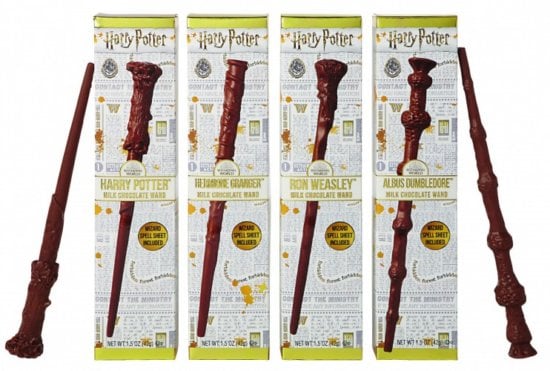 Crisped rice and chocolate Gryffindor, Hufflepuff, Ravenclaw and Slytherin house crests materialize as a set of four .25oz (each) candies. 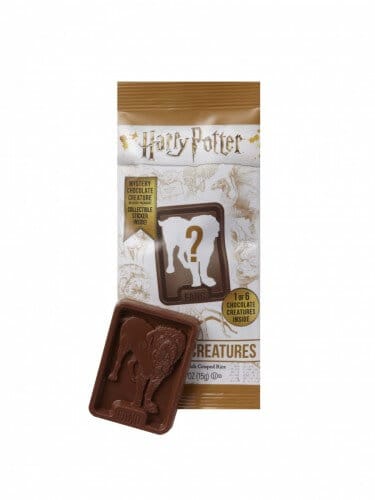 Fruit flavored fantastic beasts round out the new magical must have munchies from Jelly Belly. 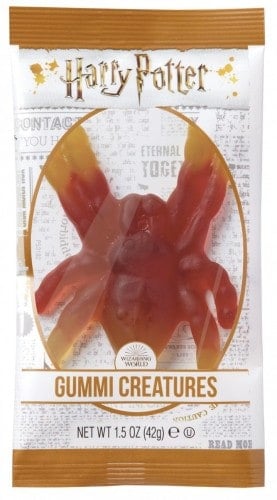 These four new treats and rebranded familiar sweets from Jelly Belly are set to arrive this fall, perfect for adding to trick-or-treat bowls or enjoying during a Harry Potter movie marathon!

Which new Harry Potter candy are you most looking forward to using that handy “Accio” spell upon?

Comments Off on Must Have Munchies: Jelly Belly conjures new Potter candies