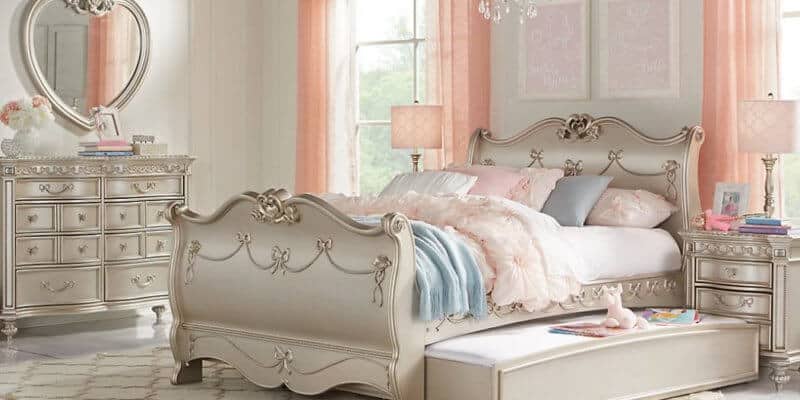 Designing Disney inspired bedroom creations has never been easier, thanks to Rooms to Go Kids. With magical themes for boys and girls, furniture for themed rooms is a cinch.

Rooms to Go Kids features three different Disney styles. Disney/Pixar’s “Cars” hits the tarmac with racer shaped beds, “Star Wars” selections from both the Rebel Alliance and Galactic Empire swoops in from hyperspace and the Disney Princess collection may just put fairy godmothers out of business.

Princess powered bedrooms hold court in 5 different styles at Rooms to Go.  Standard and sleigh beds hold court in both silver and white while the crown jewel, Carriage bedroom suite casts its spell with a full canopy. 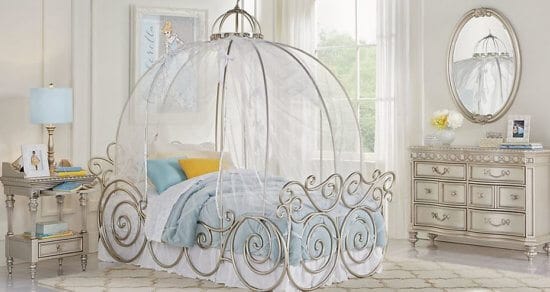 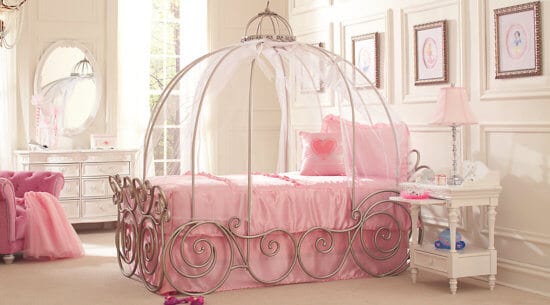 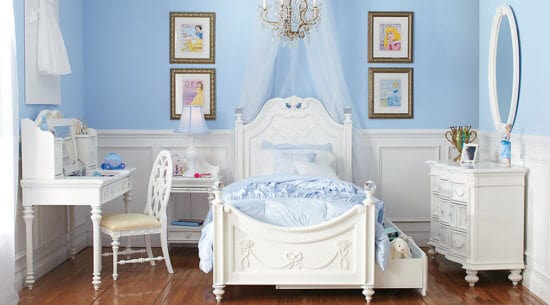 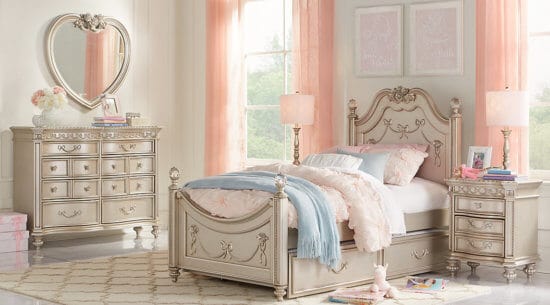 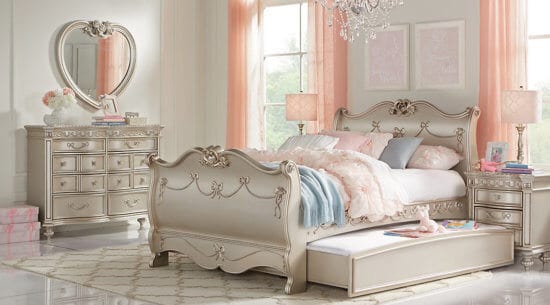 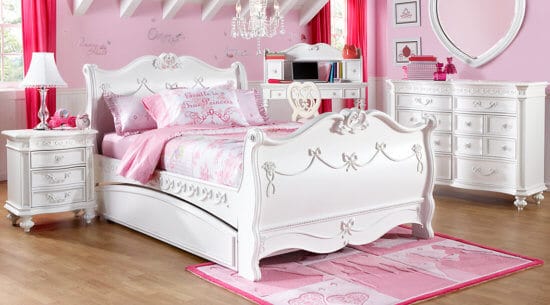 Out of this world “Star Wars” bedroom pieces 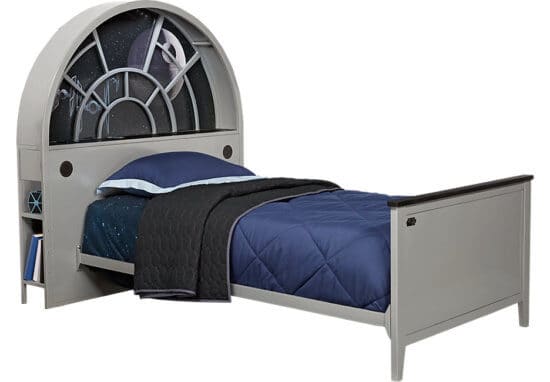 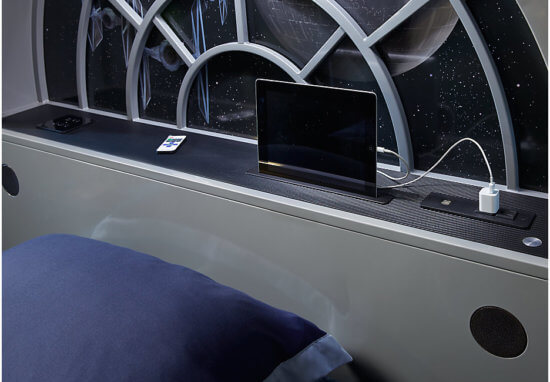 TIE fighters approach from the Death Star at the head of this bookcase bed which features a view from the Falcon’s cockpit.  Adjustable (remote control included) lighting accents the “Carbonite” shelving. Recessed side shelves on either side of the headboard make smuggling a synch. 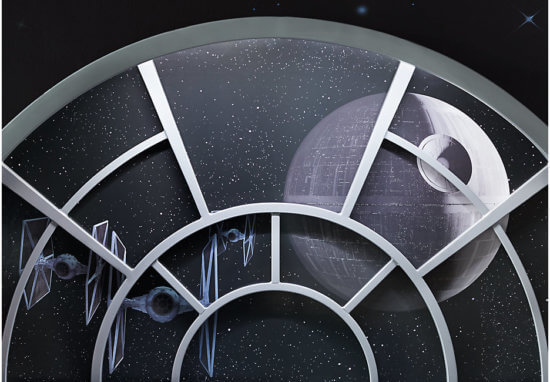 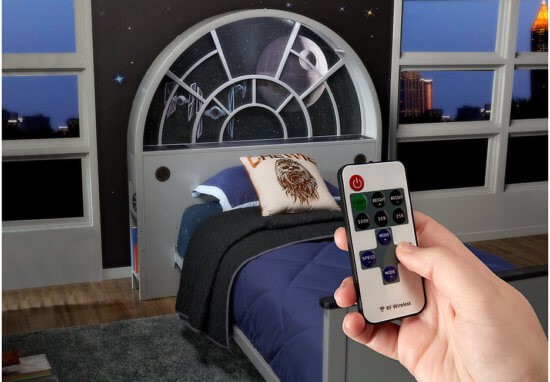 Flying in with several different configurations (left, right or double), this workhorse of the Rebel Alliance is ready to do battle with insomnia.  Either as a single twin bookcase bed or grab one of each (Left/Right) for a matching side-by-side set, both variations have room for an optional under-bed trundle ($249.99) drawer for storage. Ready for action, bookcase style headboard (fashioned from space between the X-wing’s spoilers, locked in attack position).  Either on the right or left, the side of this spiffy space-craft sleeper sports a side view of the iconic Rebel fighter. 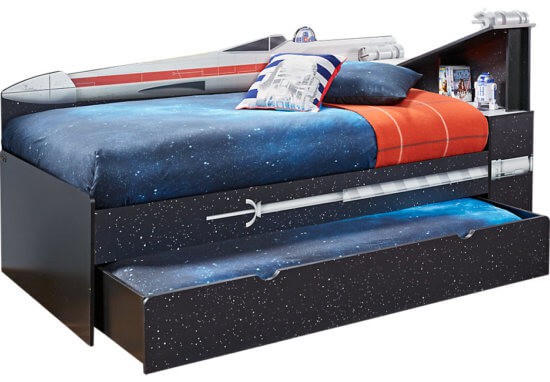 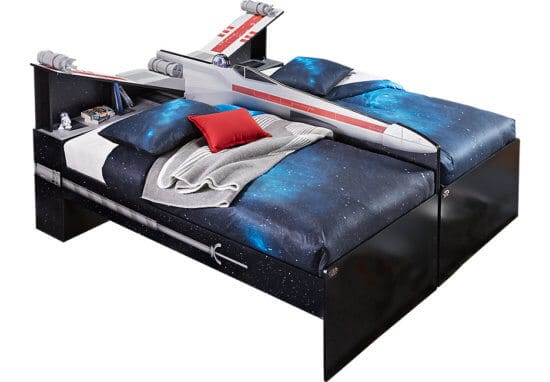 Side by Side (left and right beds shown together) 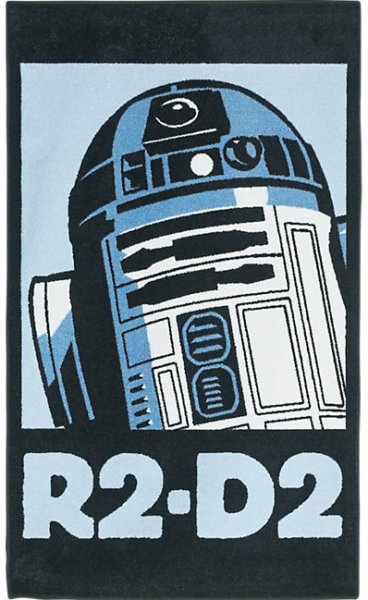 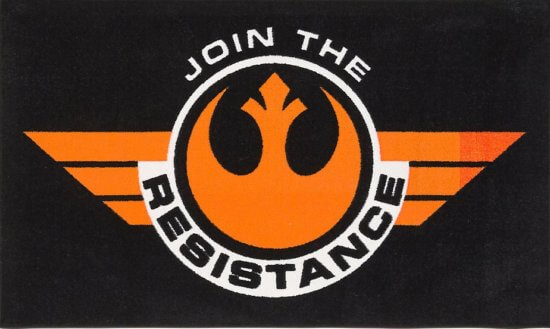 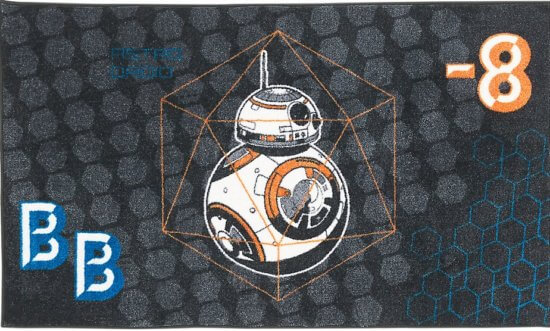 The might of Imperial forces technology ensures a well-appointed room.

March across snow dusted plains of Hoth on the way to dreamland.  Topped with tent-like canopy resembling the body of this mighty troop transport, this twin-sized bunk bed hides protective railing behind a top bunk to floor drape depicting AT-AT powerful marching legs.  Entryway into the upper bunk/walker body is accessed via an attached ladder. 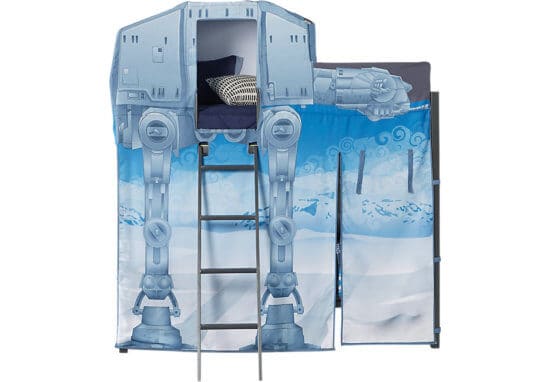 Planning an attack on Rebel forces or mastering homework from behind this TIE Fighter shaped desk is easily accomplished.  Between the twin “Carbonite” wing panels a tempered glass desktop leaves plenty of desktop space for laying out battle plans. 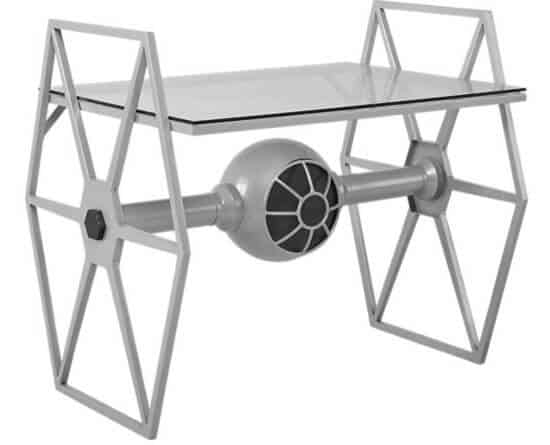 Rooms to Go sports a trio of “Disney/Pixar Cars” sleek race car twin beds that are sure to inspire dreams of winning the big race.  Each nap-time ready racer includes a set of small storage shelves under the hood (at the foot of the bed).  Three styles, each costing $244.00, circle the track: 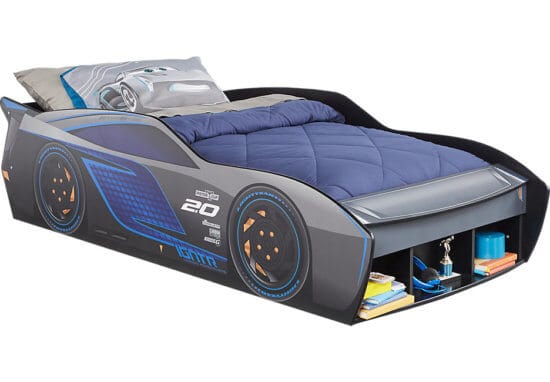 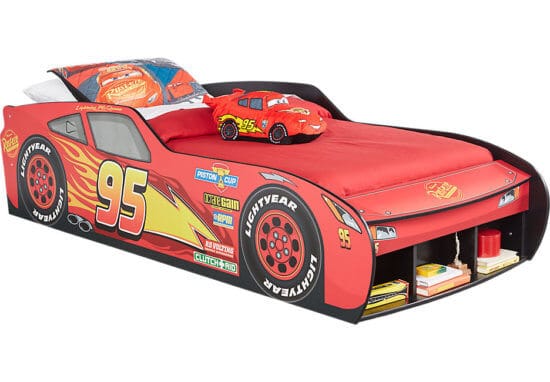 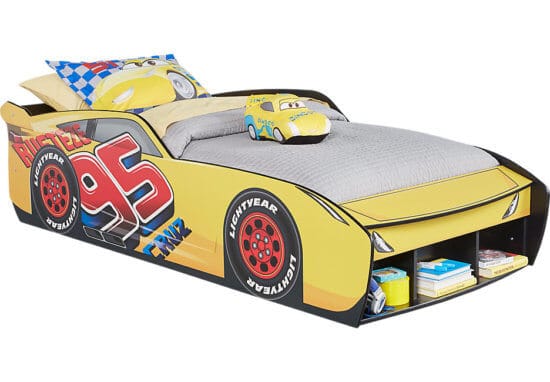 Lightning McQueen also zooms in with a deluxe version that includes trundle storage: 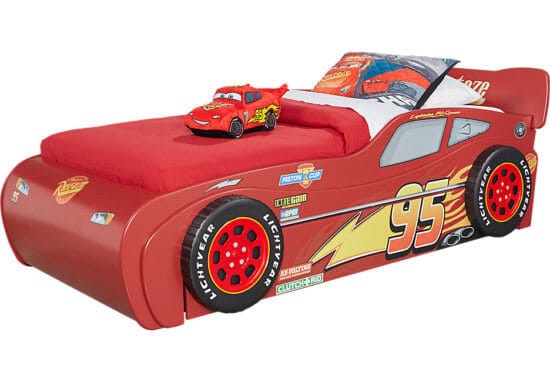 Hit the finish line and complete the “Disney/Pixar Cars 2” look with a Lightning McQueen recliner. 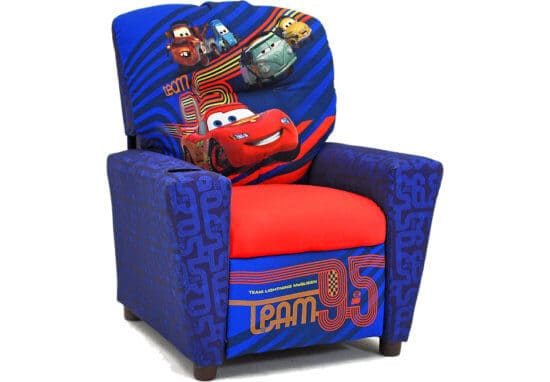 Whether racing to bed, zipping through hyperspace towards dreamland or taking a  royal nap, the “Cars,” “Star Wars,” and Disney Princess bedroom sets from Rooms to Go Kids can power imaginations and serve as the perfect starting point for a bit of at home Imagineering.

Comments Off on At Home Imagineering – Disney themed bedroom sets