Horror giants like Dracula, Frankenstein’s monster, the Wolf Man, the Mummy, Phantom of the Opera, Invisible Man, and Creature from the Black Lagoon are easily recognized as the foundation of fiendishly frightening films.  From 1931 to 1956, Universal Studios Classic Monsters set the standard for macabre motion pictures.

Now, the entire 30 movie legacy is coming to Blu-Ray in a creepy cool box set.  Arriving August of 2018, this horror must-have comes loaded with eerie extras and all the movies, including their spooky sequels, that made names like Bella Lugosi, Boris Karloff, and Lon Cheney, Jr. famous faces of fear.

In 2004 Universal Studios Classic Monsters Legacy box sets were unleashed. Complete with premium busts of Dracula, The Wolf-man and Frankenstein’s monster, these DVDs descended fully loaded with extras and sequels for all three horror icons. A second set, featuring films from the Mummy, Invisible Man and Creature from the Black Lagoon was also offered, but without busts of the favored fiends. 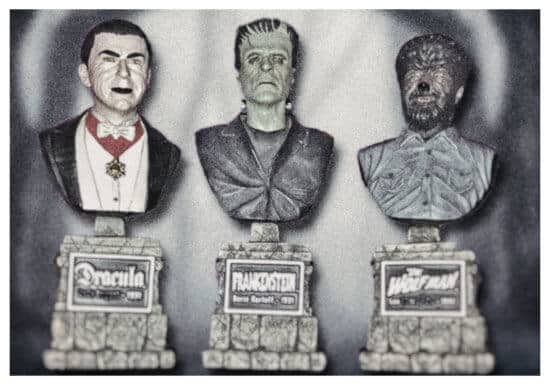 More recently, Universal offered restored versions of their haunting heavy hitters.  Dracula, Frankenstein, The Mummy, The Invisible Man, The Bride of Frankenstein and the Wolf Man along with 10 hours of bonus materials found new life in Blu-ray format.  That box set can still be found on Amazon both as DVD ($23.75) and Blu-Ray ($39.96). 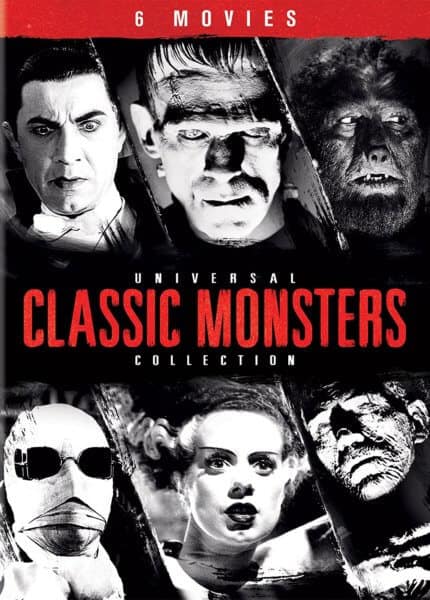 Along the same lines, this ultimate collection of all thirty classics is also presented in DVD format, which is already available for purchase ($65.48 from Amazon).  Blu-ray release ($149.98 from Amazon) arrives on August 28, 2018, just in time for Halloween season.  Monster movie marathon anyone? 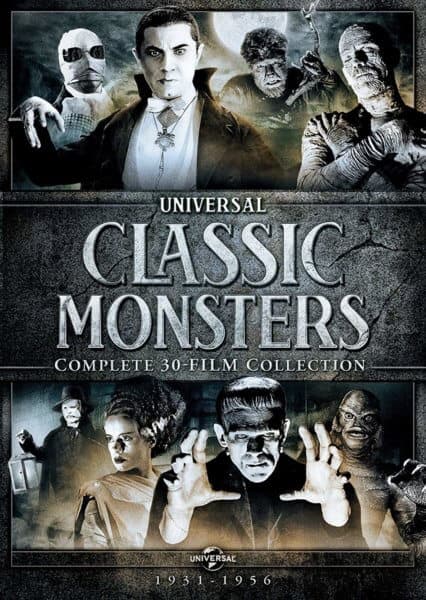 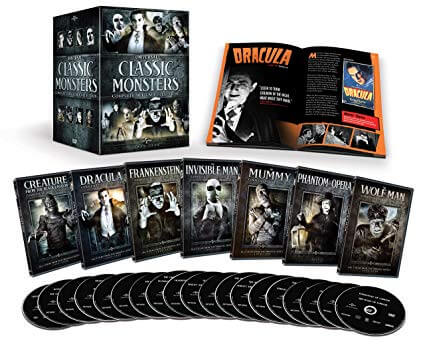 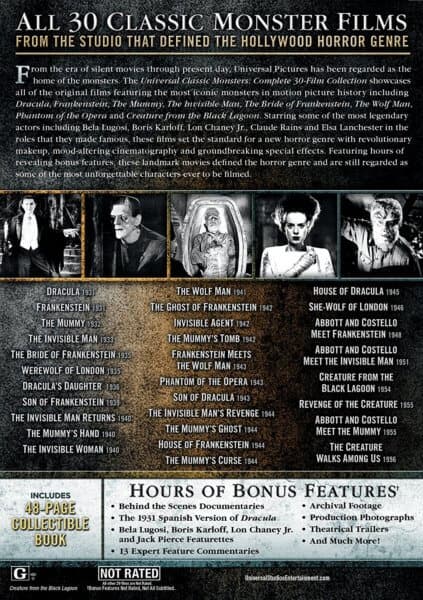 This latest collection creeps in with just over 40 hours of eerie entertainment. Universal Studios Classic Monsters Complete 30-Film Collection includes all of the studio’s finest fear films released from 1931-1956.

Along with these terror treasures, trailers, documentaries, behind the scenes, and other bonus materials turn this tomb-filled box set into a must unearth for classic horror fans. In addition to all of the delightfully dark digital entertainment, a 48 page “collectable” book is included with the collection. 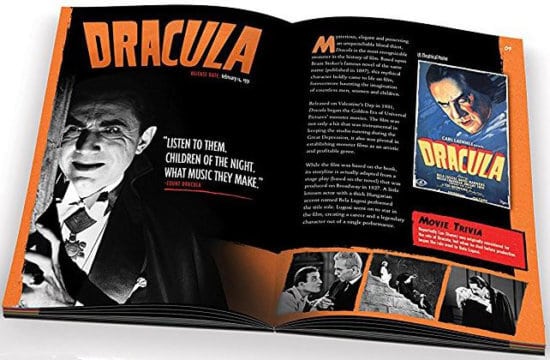 Comments Off on All 30 Universal Studios Classic Monsters films soon to haunt Blu-Ray players , just in time for Halloween