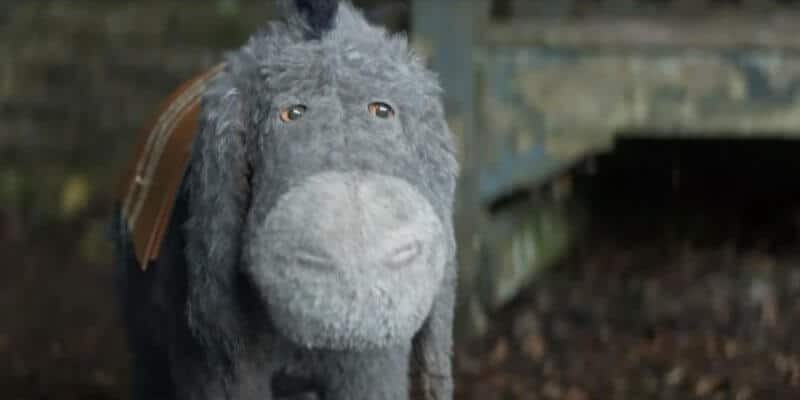 Actor and comedian Brad Garrett is perhaps best known as the put-upon brother Robert Barone in the long-running CBS sitcom “Everybody Loves Raymond,” but he’s also an accomplished voice-over performer, having appeared (in audio form) in the “Night at the Museum” series, “Garfield: The Movie,” and as the villainous brain Krang in “Teenage Mutant Ninja Turtles: Out of the Shadows.”

Brad Garrett’s filmography under the Disney banner is even more impressive: he’s popped up in everything from “Goof Troop” to “Tangled” to Pixar’s “A Bug’s Life,” “Finding Nemo,” and “Ratatouille,” where he played renowned chef Auguste Gusteau. Now he’s is taking up the role of everyone’s favorite dismal donkey Eeyore in Disney’s live-action adventure/comedy “Christopher Robin,” hitting theaters next week. Today I had the opportunity to speak with Mr. Garrett over the phone to discuss Eeyore, working with Disney, and what it’s like being famous for being forlorn.

ITM:  You’ve played Eeyore once or twice before, haven’t you?

Brad Garrett:  That’s correct. About thirty years ago, believe it or not. I did a Valentine’s Day special, and I think I did one other television episode or something. It was so cool, because it was the only iconic character I really ever played. I always wanted to do it, and I auditioned for it, and I got it. Then at the same time, this was the 80’s [and] early 90s, my stand-up kind of started to catch fire a little bit. That was really what I had been working on for so long, and then I ended up going on the road at that time. I think I wasn’t able to do more [‘Winnie the Pooh’ content], which was really a drag, because like a lot of people, I just loved the ‘Pooh’ series.

I felt like I was kind of born to play Eeyore, because of the face and also my attitude to life, which is very Eeyore-ish. I’m definitely a ‘glass half empty’ guy, but I think you almost have to be [to work in] comedy. I don’t know many positive people that are comics. But yeah, early on I had a chance to voice him.

ITM:  When you approach Eeyore, how much are you trying to embody the established voice that Ralph Wright provided in the early animated shorts, and how much of your own spin are you putting on the character?

Garrett:  Well you know, that’s the slippery slope you’ve got to be careful of. When they hire you, you’ve got to be true to that iconic voice. And then I think they also want, hopefully, something else that you bring to it as well. That’s what I was very conscious of in the [recording] sessions. I was very familiar with Ralph, and Peter [Cullen], and Ron Feinberg, and the people that did him in the past, because I’m such an animation fan myself. But I really didn’t listen to these guys before starting this venture with Eeyore. I think the key is– again because it’s so iconic– you’ve got to do justice [to] the voice, and you kind of bring a tiny bit of yourself to it [as well].

After reading the script, of course Eeyore is very monotone and everything, and the director Marc [Forster], who is so amazing, he was like, ‘We want to stay in that [tone],’ but we almost developed Eeyore to have a little lilt to him: a tiny bit of hope, with all that’s going on. Especially if you’re doing a full-length feature as opposed to a short TV series, how do we keep it from being so monotone? Where do we find the places where Eeyore is maybe having a little fun, or is a little more hopeful, or is a little more helpful, while obviously staying true to the character?

ITM:  You touched on this a little bit earlier, but you tend to get cast– I don’t want to say ‘typecast’– as these dour characters. Is that something that you enjoy or would you prefer to explore other types of roles?

Garrett:  I’m always interested in exploring other roles. I think most actors want to. Also, when they talk about ‘typecast,’ people say that’s a mixed blessing. To me, it’s just a blessing to be cast at all. When you’re typecast, you’ve developed a niche for yourself. As an actor, it’s your responsibility to recreate yourself. Typecasting is a gift that someone hands you, that people recognize you as a certain thing.

Like when the role of Krang came up for ‘Ninja Turtles,’ that a very big, loud, aggressive villain, so that was really cool to be able to do something like that. I think Gusteau was different than a lot of the downtrodden, dour characters– that hopefulness, even though it was the ghost of a guy, he had this positiveness and this lightheartedness about his culinary life.

I’m happy to play things that I’m known for, I think because of my base voice. There aren’t a lot of guys that have a bottom bottom, that can go low or play these villains, or an Eeyore. Eeyore was one of the first characters I used to imitate when I was really young, because I related to him a lot. I pretty much had this voice when I was a [child]. It’s funny, my mom used to say, ‘In the nursery, they always knew when you were crying because it sounded like an adult crying.’ I just always had that bottom that I think kind of lends itself to certain characters. I don’t have that range like a Jim Cummings or a Frank Welker. They’re a couple of my heroes in the voice-over world. 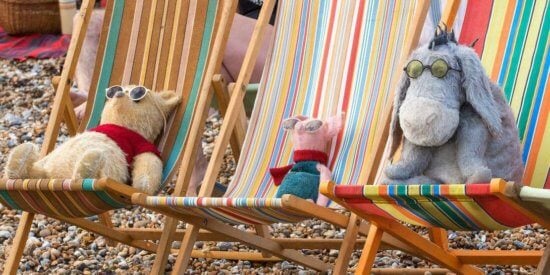 ITM:  Without spoiling too much, how would you describe Eeyore’s journey in ‘Christopher Robin’?

Garrett:  Well, this is really the first time that these characters, Pooh and his buddies, have left the Hundred Acre Wood. It’s in search of their best friend. What’s wonderful is Pooh, being Pooh, knows that his lifelong buddy is in need of some emotional support and stability, and maybe a reckoning of what he was as a child. To me, it’s about holding on to our childhood, which in this day and age is so easy to forget, and so easy to leave behind.

And also, [in order] to help Christopher Robin where he is [in life], they] get to see [him]. I think there’s a curiosity. How did this young boy grow up? What is his life like? Because it really appears that not much has changed for Pooh and his friends, so [they] go search for the most important part of [their] lives too. There’s no Christopher Robin without Pooh, and vice versa. It’s funny, it almost felt like a coming-of-age movie for the animals. That’s what I hope people find in it.

You always hear that cliche, ‘It’s a film for the whole family,’ and you hear that a lot. But I think this really is. I have as many adult friends reaching out to me going, ‘Guys, I want to see this!’ I have friends that, their kids are gone or in college or married, and they’re like, ‘I can’t wait to go to this.’ Because it encompasses so many of our childhoods, of many ages. And the live-action stuff, it’s just beautiful. With Ewan [McGregor] in it, it just takes a film like this to a whole new level.

ITM:  You mentioned Gusteau, but you’ve actually voiced quite a few other characters for Disney through the years. What is it like having contributed that much to the ongoing Disney legacy?

Garrett:  When you grow up, every animated feature– at least for me when I was a kid– is Disney. And to this day, nothing could touch that quality, and that work, and that imagination, and that writing. When I was watching parts of [‘Christopher Robin’], I knew that the animals were going to be the stuffed animals, I went, ‘My gosh, what a brilliant idea,’ because it’s seamless. These were really the figures Christopher Robin grew up with, as opposed to just being animated [creatures] in live-action. You forget it’s animation.

So growing up such a fan of Disney, being able to work with Disney, it’s [amazing]. I think there’s parts of every actor, you have to hold on to your [youth]. There’s a lot of that freedom that you need, and there’s a lot of that imagination that you have to hold onto, that you can easily lose as an adult. Being such a huge animation fan as well, sometimes I gotta pinch myself.

I do have to say, for me, being able to be involved in this film was one of the most exciting things I’ve ever done as an actor or a voice-over actor. [Eeyore] played such a huge part in my childhood, and it’s such an iconic role. To me, it never gets old. It’s Disney, they’re at the top of their game, they always have been in this [industry]. I’m very grateful for it. I don’t take any of it for granted.

ITM:  Finally, when audiences finally get a chance to see ‘Christopher Robin’ next week, what do you hope they take out of it?

Garrett:  I just hope they take out that childhood is something you never want to lose. It’s the foundation, good or bad, of who we are. It’s something that molds us, that creates who we are as an adult. When we were children, that’s when we learned to dream and to make believe and to have hope and to find ourselves.

These young years, which unfortunately nowadays are just escalated to the speed of light, everything is so immediate and answers are given right away. You think you have friends because someone friended you, there’s no development that used to take the time, when I was a kid, that structures and creates a childhood. And I think a movie like this takes you back to those times and reminds you that friendship and hope and love, and all the things we need now in this world more than ever, to this day are really the fundamentals of what makes life great.

Disney’s “Christopher Robin” will be released nationwide next Friday, August 3.