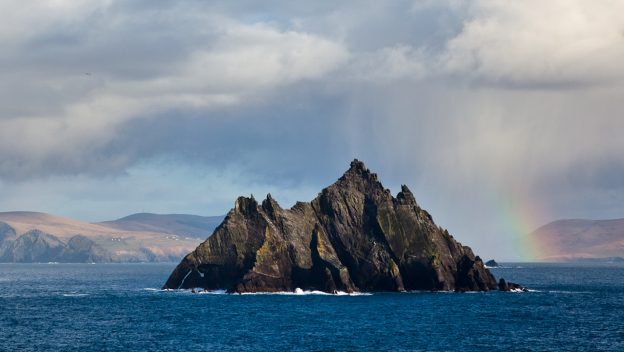 Disney Cruise Line takes guests to all kinds of exotic locations all over the world, but with an exciting new Port Adventure in Ireland this Fall, guests will be taken to a galaxy far, far away.

The new Star Wars Adventure – A Skellig Island Flyover excursion will be available when the Disney Magic docks in Cobh, Ireland, allowing guests to board a helicopter and enjoy a birds-eye view of iconic Irish landmarks that served as filming locations for “Star Wars: The Force Awakens” and “Star Wars: The Last Jedi.” 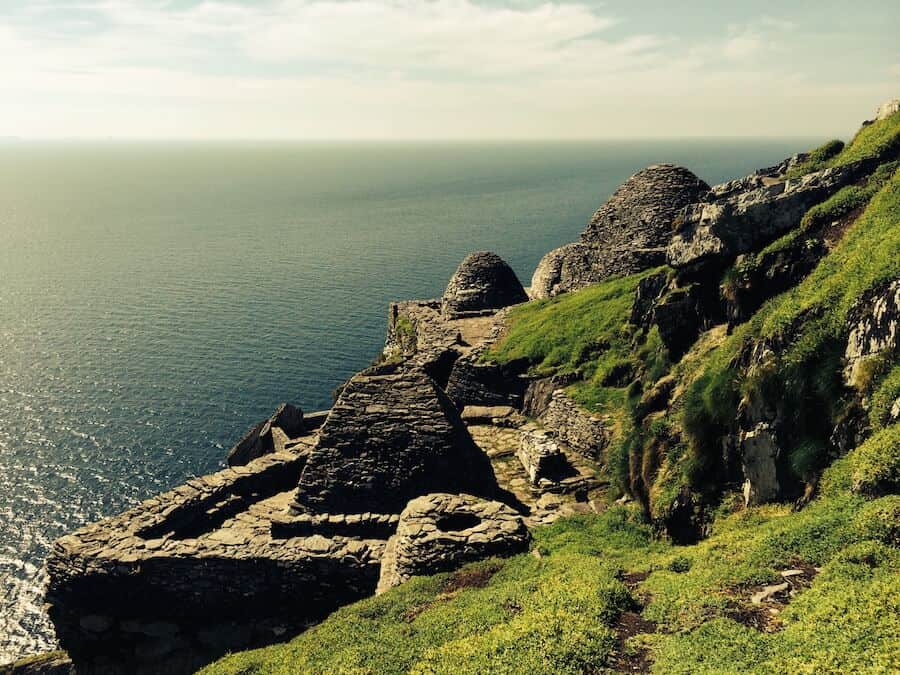 The privately guided helicopter excursion will be led by locals who worked on set during the filming of the two Star Wars movies and will get guests up close and personal with the iconic location.

First, guests will get views of Skellig Michael and the Dingle Peninsula, which served as the filming locations for the Ahch-To Jedi Temple in “Star Wars: The Last Jedi.” Here, you’ll learn some of the fabled history of Skellig Michael, an eighth-century haven for devout monks, and how it inspired Lucasfilm to choose the location for Luke Skywalker’s own haven.

Then, you’ll be transported to Dunmore Head, which also served as a location for “The Last Jedi.” Here, guests will get to spend some time on land with free time at the Skellig Experience Visitor Center followed by lunch and perhaps a pint of Guinness. 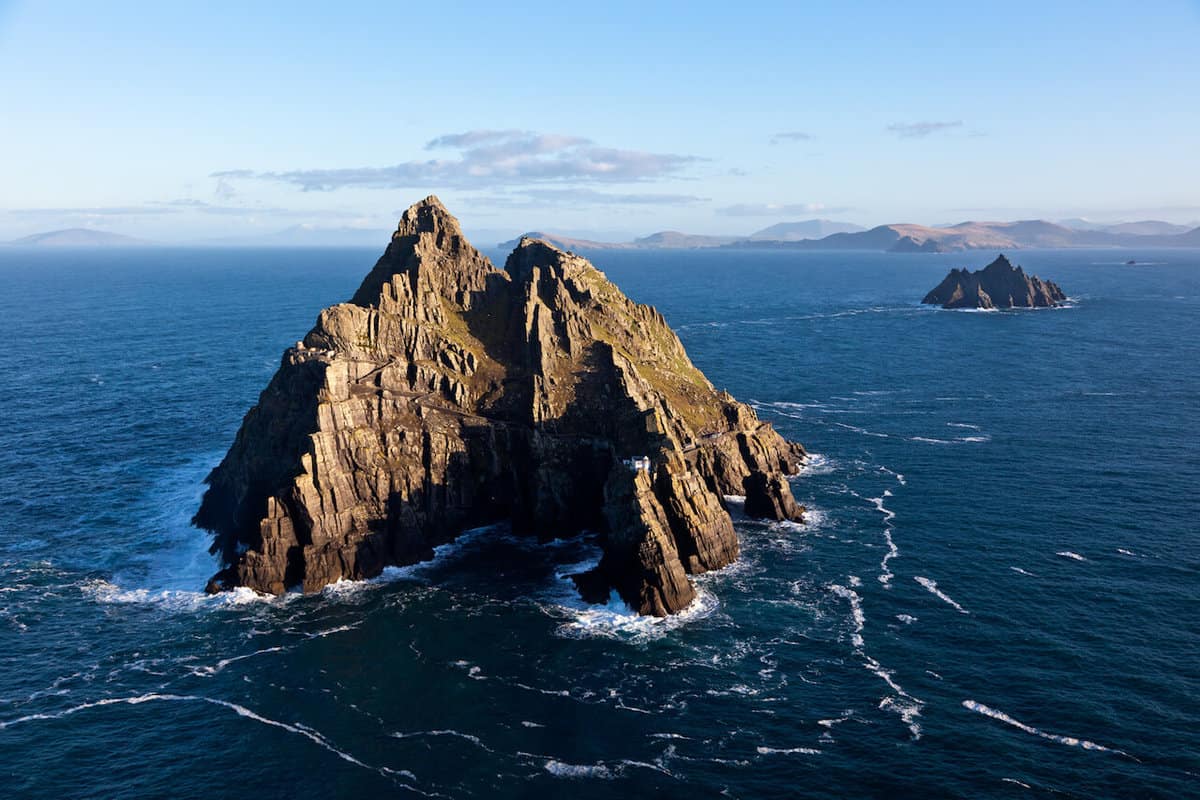 The Star Wars Adventure – A Skellig Island Flyover excursion will be available during the September 2 seven-night British Isles cruise from Dover, England. It is priced at $3749 per guest and will last five to five and a half hours. This Port Adventure also includes lunch and a pint of Guinness for adults. 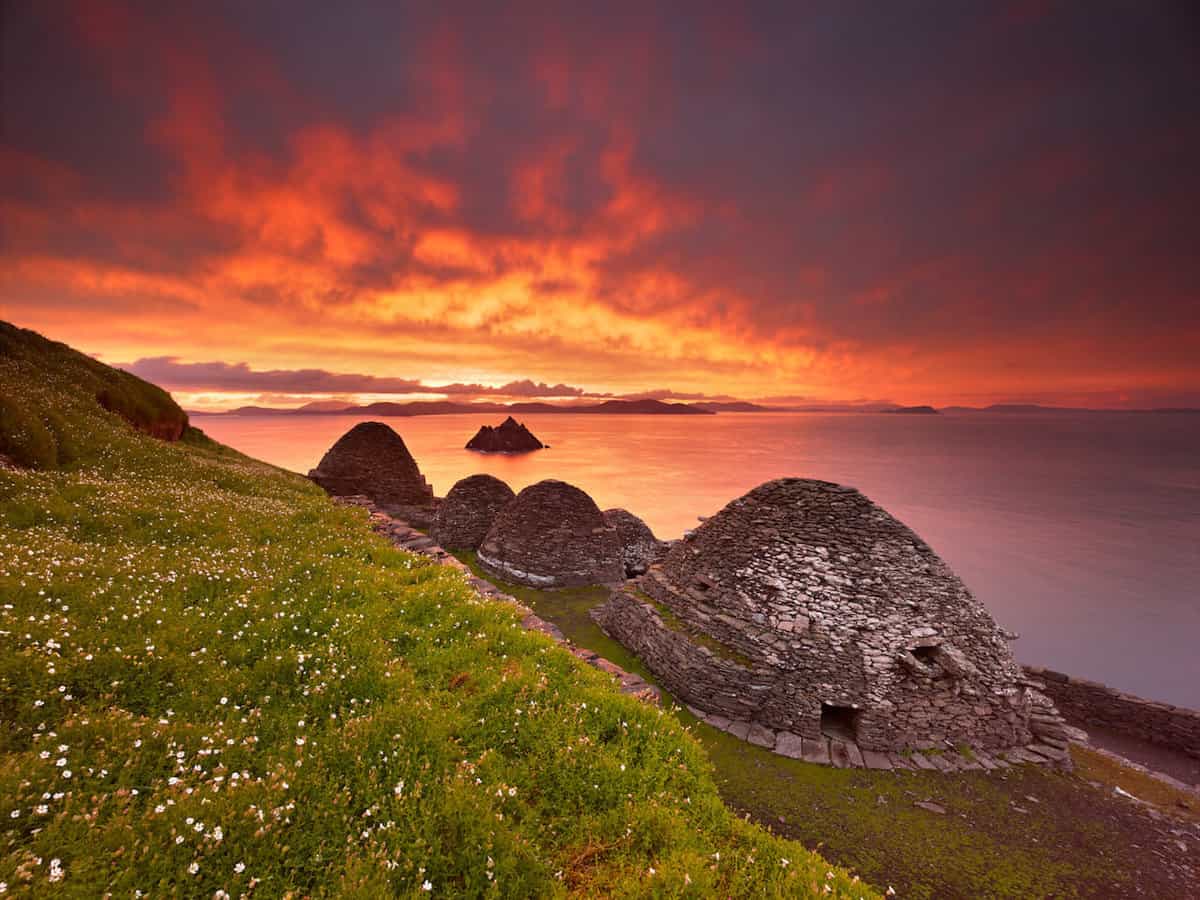 You can book the September 2 seven-night British Isles cruise from Dover, England here. For more information on Disney Cruises, be sure to check out the Disney Cruise Line website.

Would you like to visit these Star Wars filming location? Let us know in the comments below!