Natalie Portman’s headstrong “Star Wars” character Padmé Amidala— Queen (and then Senator) of Naboo, wife of Anakin Skywalker, and mother of Luke and Leia– has proven to be an enduring fan favorite in the nearly two decade sinces “Star Wars – Episode I: The Phantom Menace” was first released into theaters. Now Padmé is being featured in the new novel “Star Wars: Thrawn – Alliances” by Timothy Zahn, on a mission alongside Anakin and the power-hungry Chiss known as Thrawn.

In this week’s episode of Lucasfilm’s official news webseries “The Star Wars Show,” hosts Andi Gutierrez and Anthony Carboni revealed a brand-new Barnes & Noble exclusive poster depicting Padmé on the planet Batuu– which keen-eyed Disney theme park fans will recognize as the name of the planet guests will visit when they enter Star Wars: Galaxy’s Edge at Disneyland Resort and Walt Disney World next year.


Over at StarWars.com, the official website for all things “Star Wars,” Lucasfilm and Del Rey Publishing have released another excerpt from the “Thrawn – Alliances” novel, this time focusing on Padmé’s visit to Batuu. Here’s a small taste:

Duja’s ship—Padmé had never known its real name, but the current ID beacon listed it as the Possibility—was small and cramped and, to the casual observer, completely harmless.

But the casual observer would be wrong. The ship boasted extra shielding, twin laser cannons in the front and one in the rear, and a pair of top-grade proton torpedoes. More a pocket fighter than a simple transport, it had evaded Batuu’s pitiful police force with ease.

It should, she thought dully from inside the cockpit escape pod, make for a spectacular crash.

For the full-length excerpt from “Star Wars: Thrawn – Alliances,” be sure to visit StarWars.com. The novel itself it set to be released on Tuesday, July 24 at retailers nationwide. 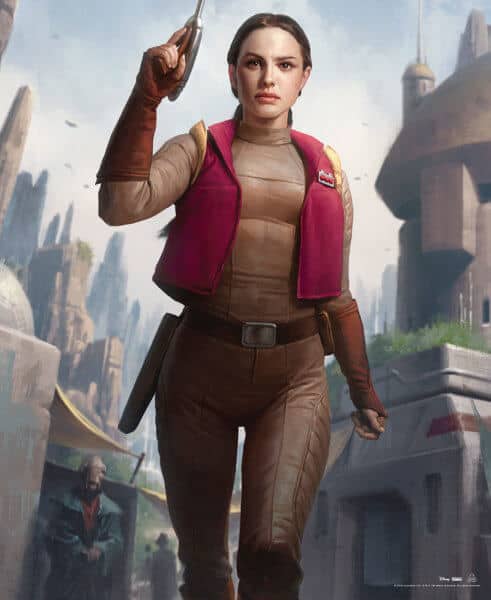