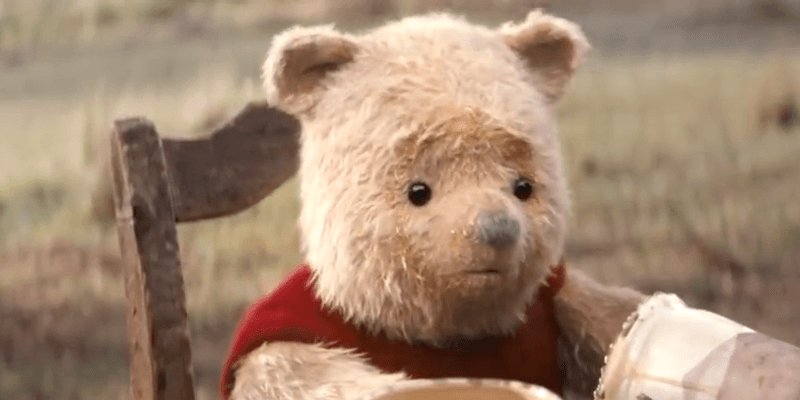 Next month, Disney‘s “Christopher Robin” brings the grown-up Christopher back to the Hundred Acre Wood for new adventures with Winnie the Pooh and his friends.

Now living in London with a full-time job and a family, Christopher Robin has lost his sense of boyhood wonder. When Winnie the Pooh unexpectedly shows up in the city, the pair begins an adventure to “rediscover the joys of family life, the value of friendship and to appreciate the simple pleasures in life once again.”

Below, catch a sneak peek of the whimsical new movie.

The film stars Ewan McGregor as Christopher Robin; Hayley Atwell as his wife Evelyn; Bronte Carmichael as his daughter Madeline; and Mark Gatiss as Giles Winslow, Robin’s boss. The movie also features the voices of Jim Cummings as Winnie the Pooh and Tigger; Brad Garrett as Eeyore; Toby Jones as Owl; Nick Mohammed as Piglet; Peter Capaldi as Rabbit; and Sophie Okonedo as Kanga.

Disney’s “Christopher Robin” arrives in theaters on August 3, and you can purchase tickets now through Fandango.

Comments Off on VIDEO: New sneak peek of Disney’s “Christopher Robin” brings Winnie the Pooh and friends to London