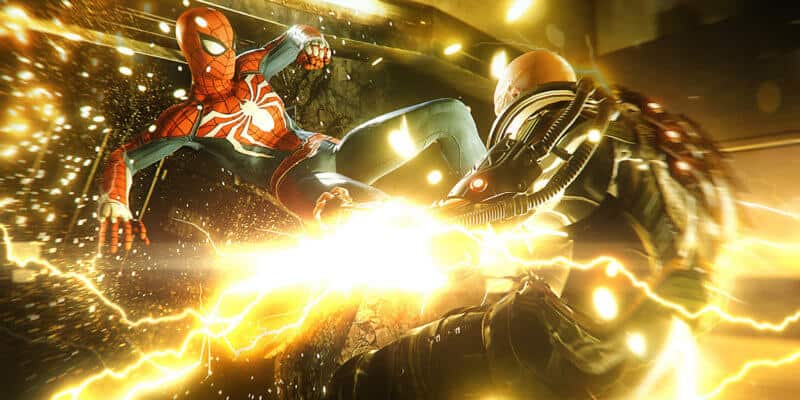 Last night, Playstation held their highly-anticipated showcase at the Electronic Entertainment Expo (E3) in Los Angeles. One of the biggest reasons their presentation was so highly-anticipated, was the upcoming “Marvel’s Spider-Man” title scheduled to his stores this Fall.

A new demo video, including gameplay footage, was revealed at E3 last night, showing off some of the incredible action the game will feature as well as some of Spider-Man’s most famous villains, like Electro, the Vulture, Scorpion and Rhino as they attempt a mass breakout from the high-security prison known as The Raft.

The new demo video shows Spider-Man nearly being defeated by the villains before a bright light distracts them all. Spidey looks up and says “wait, you?” before the video cuts out without revealing who it is that breaks up this fight, leaving just a little bit of mystery surrounding the game’s story.

“Marvel’s Spider-Man,” developed by Insomniac Games, follows an experienced Peter Parker who has spent eight years behind the mask as Spider-Man and allows players to swing freely around an expansive and interactive New York City. The game includes a detailed story in which the worlds of Peter Parker and Spider-Man collide, while still allowing players to sling webs, crawl up walls and swing around Manhattan as they please.

Fans have been looking forward to this new game since it was showed off at E3 in 2016 and now that it’s almost here, the hype has reached its peak.

“Marvel’s Spider-Man” will be available for Playstation 4 on September 7. You can pre-order the game here to receive an “Avengers: Infinity War”-inspired Iron Spider suit, a Spider-Punk suit and a third mystery suit that is yet to be revealed, as well as several other added bonuses.