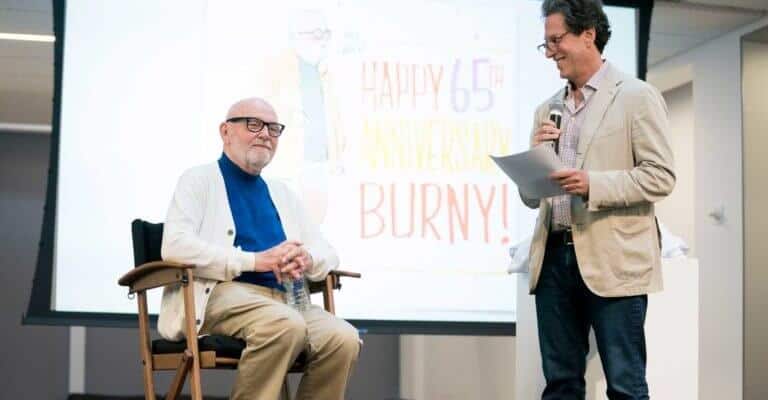 Wow! Now that’s a dedicated Disney career. On March 5 of this past spring, Disney writer, animator, director, and producer Burny Mattinson broke the all-time record for longest-serving cast member by working for sixty-five straight years at The Walt Disney Company.

Mattinson started in 1953 on “Lady and the Tramp” as one of only 700 employees under Walt Disney, eventually going on to direct the beloved “Mickey’s Christmas Carol” and “The Great Mouse Detective,” and to help shape the stories for “The Rescuers,” “The Fox and the Hound,” “Beauty and the Beast,” “Aladdin,” “The Lion King,” among quite a few more.

Just two weeks ago on June 4, Walt Disney Animation Studios president Andrew Millstein held a ceremony honoring Burny Mattinson for his decades of service to delivering some of the most popular and acclaimed animation in history to fans around the world. “All of us who work at Walt Disney Animation Studios are better because of your participation and your presence at the Company,” said Millstein.

“It’s been an absolute joy,” says Mattinson of his time at Disney. “I think one of the things that I found when I first started here—and it has never changed—is that sense of anticipation of what’s going to happen here at the studios this next day, and I could hardly wait to get here—and something always did [happen]. There was always something that was remarkable that happened and you felt a part of, so it’s just been an exciting period, the whole 65 years.”

In 2008, Burny Mattinson was also inducted into the Disney Legends hall of fame program.