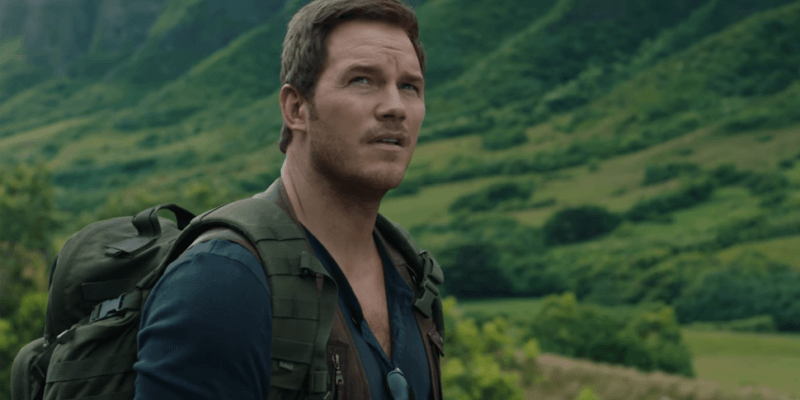 No matter how many action movies he stars in, to me Chris Pratt will always be the same fun-loving, goofy buffoon he played on “Parks and Recreation.” That comes through in a new behind-the-scenes clip from the set of “Jurassic World: Fallen Kingdom.”

In this week’s #JurassicJournal, @prattprattpratt talks to sound engineer Chris Murphy, who helped make sure that @JurassicWorld #FallenKingdom didn’t end up as a silent film. #TBT pic.twitter.com/YzEWdYLbNs

Pratt is going to need every microphone he can get his hands on if we’re going to be able to hear him over the roar of all the dinosaurs in the upcoming film.

Pratt returns to the Jurassic franchise in “Jurassic World: Fallen Kingdom,” reprising his role as Owen Grady. He will be joined by Bryce Dallas Howard who will reprise her role as Claire Dearing. Jeff Goldblum also returns to the franchise as Dr. Ian Malcolm.

You can see the fifth installment in the Jurassic franchise when “Jurassic World: Fallen Kingdom” roars into theaters June 22.

Comments Off on VIDEO: Chris Pratt jokes around with sound engineer on the set of “Jurassic World: Fallen Kingdom”