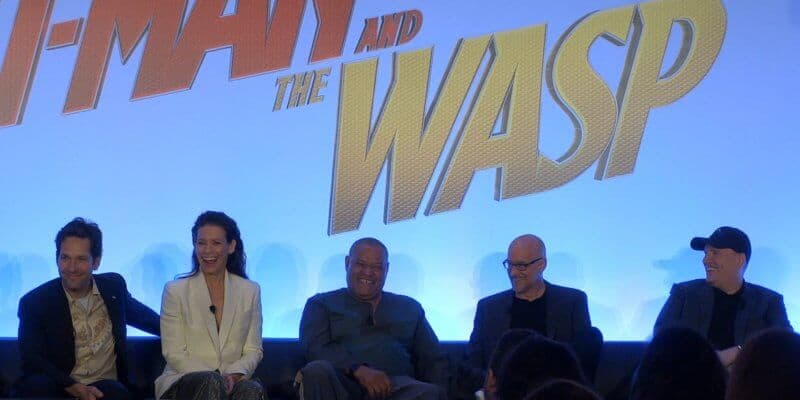 It’s time to “get down” to business! Marvel’s “Ant-Man the Wasp” opens next week,  returning of our favorite small-scale superheroes to the big screen. And to help prepare for the latest sure-to-be-blockbuster entry in the Marvel Cinematic Universe, Disney and Marvel Studios held a star-studded press conference for the movie in Southern California over this past weekend.

WARNING: There are some scattered spoilers for the movie throughout this discussion.


Also at the press junket were displays of “Ant-Man and the Wasp” merchandise available at retailers now, and the costumes worn by Paul Rudd and Evangeline Lilly as their superhero alter-egos in the movie.

WATCH “ANT-MAN AND THE WASP” MERCHANDISE AND COSTUMES:


“Ant-Man and The Wasp” shrink their way into theaters on Friday, July 6.