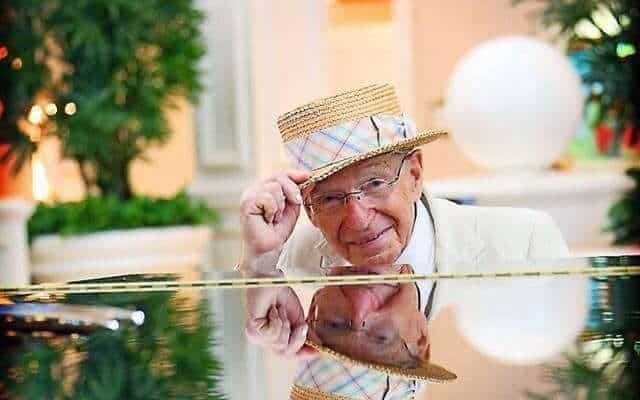 Richard Gerth, the beloved greeter at Disney’s Grand Floridian Resort, has passed away at 92 years old.

The news was announced via a Facebook page dedicated to Mr. Gerth:

Mr. Gerth had greeted guests at Disney’s Grand Floridian Resort since 1991. He was a much-loved figure in the Disney community, known for warmly welcoming guests to the resort. He spoke about his work in an interview with Disney Vacation Club, which you can watch in the video below.

In 2013, he was a recipient of The Walt Disney Legacy Award, which is the highest honor Cast Members can achieve at Disney Parks and Resorts.

Fans are sharing condolences and memories of Richard Gerth on his Facebook page, which you can read here.