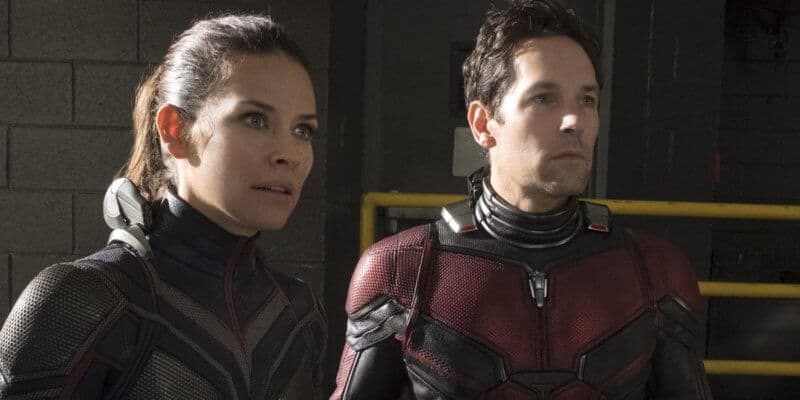 One of the great things about the Marvel Cinematic Universe is that with such a wide breadth of characters and diversity of filmmakers, each individual entry in the larger world is given a certain amount of leeway to be its own thing, and perhaps more importantly, to have its own voice. Outside of the grand champion “Guardians of the Galaxy” movies from auteur writer/director James Gunn, nowhere is that concept more obvious than in Peyton Reed‘s “Ant-Man” and its new sequel “Ant-Man and the Wasp.”

Reed (most famous pre-MCU for the 2000 cheerleader comedy “Bring It On” and the 2008 Jim Carrey vehicle “Yes Man”) delivers such a light touch to his work that both entries in the “Ant-Man” series feel light as a feather, while their relatively small-scale stakes– no pun intended– help them come across as more breezy, personal affairs than their world-ending Marvel brethren.

In “Ant-Man and The Wasp,” a direct follow-up to the character’s origin story film from 2015, Scott Lang (the always-affable Paul Rudd) is under house arrest after having been captured in Germany following the events of another Marvel movie, “Captain America: Civil War,” in which Ant-Man had a small role– or was it a big one? Lang is now on the outs with his partners in shrinkage Hope Van Dyne (Evangeline Lilly of “Lost”) and Dr. Hank Pym (the legendary Michael Douglas), but has reconnected with his daughter (Abby Ryder Fortson), his ex-wife (Judy Greer), and her now probably-overly-affectionate new husband (Bobby Cannavale).

Meanwhile, Pym and his daughter Van Dyne are searching for their long-lost wife/mother Janet (Michelle Pfeiffer)– the original Wasp– who has been trapped in the Quantum Realm after having shrunk too far down during a mission in the 1980s. To further this cause, Hope has taken up the flying Wasp alter-ego and is setting up a tech trade with a somewhat cartoonish weapons dealer / mob boss played by the excellent Walton Goggins of “The Shield” and “Justified.” Despite his sizable talent, Goggins’ role was the movie’s one major sticking point for me, as he mostly functioned as a one-dimensional foil, showing up whenever the overarching plan needed a monkey wrench thrown in.

The film’s other major villain, known as “Ghost,” is a damaged young woman with a mysterious past and eerie powers (Hannah John-Kamen of “Ready Player One”) who also wants access to the Quantum Realm for reasons I’ll let you discover on your own. Additional supporting characters include Dr. Bill Foster, an old colleague of Pym’s played by Laurence Fishburne (“The Matrix”) and the returning ex-con trio of fast-talking Luis (Michael Peña), Russian-accented Kurt (David Dastmalchian), and straight man Dave (Tip “T.I.” Harris). Of this group, Peña undoubtedly steals the show, and the movie’s most laugh-out-loud scene belongs to him and him alone.

With that kind of ensemble cast– I almost forgot Randall Park (“The Interview”) as the stickler Federal Agent in charge of monitoring Scott’s house arrest– things are bound to get convoluted, and they do. But Reed keeps things moving along briskly and there are plenty of gee-whiz action setpieces along the way, including a highlight car chase that makes perfect use of the series’ size-fluctuating gimmick.

While “Ant-Man and The Wasp” coasts by on the likability of Paul Rudd and the confident competence of Evangeline Lilly, attention must be paid to the film’s screenwriting team of Chris McKenna and Erik Sommers (who previously collaborated on “Spider-Man: Homecoming”), who have found a consistent formula for making Marvel movies that strike a functional balance between humor, personality, and stakes. And it’s also nice that while the “Ant-Man” series fits squarely into the Marvel Cinematic Universe, with reverberations felt from and sent to the world of the Avengers, these characters also exist in a world of their own– one that’s worth paying attention to, no matter how big.

Marvel Studios’ “Ant-Man and The Wasp” opens next Friday, July 6 in theaters nationwide.

Comments Off on REVIEW: “Ant-Man and The Wasp” is a breath of fresh, fun Marvel air after the dramatic anguish of “Infinity War”