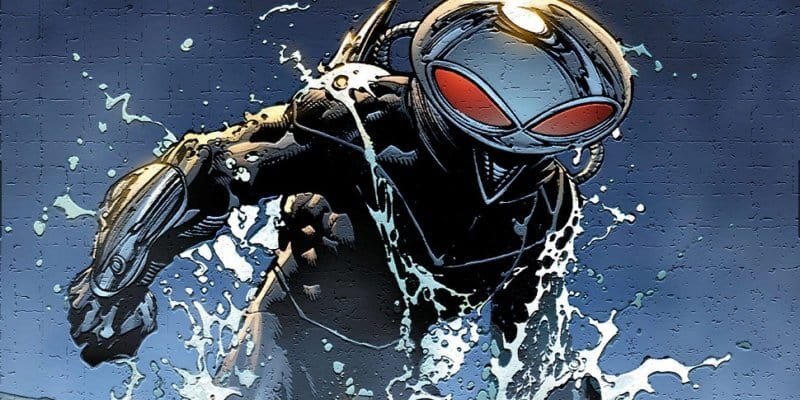 A superhero movie can only be as good as its villain, and a superhero franchise has to make calculated moves with the future in mind. So when DC’s “Aquaman” hits the big screen, the villainous King Orm will be in the spotlight while the equally villainous Black Manta lurks in the shadows.

Up to this point, Director James Wan has been very secretive about Black Manta. We know he will be portrayed by Yahya Abdul-Mateen II and that he will not be the first film’s primary villain. Beyond that though, we don’t know much.

However, we did get our first look at the character today. Entertainment Weekly shared an image from the upcoming film revealing Black Manta looking at his iconic helmet. 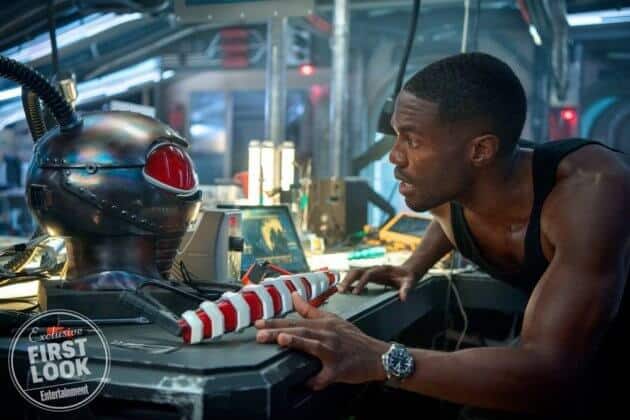 Black Manta is really a pirate and mercenary named David Kane (A slight change from the comic book character named David Hyde) who dons an incredible super suit that makes him one of Aquaman’s most dangerous foes.

“He’s part mercenary but full-time pirate who in his suit will look like some crazy alien from outer space,” Wan teases.

Wan went on to make it very clear that while Black Manta is a fascinating character, the story really focuses on Aquaman, played by Jason Momoa, taking on his half-brother King Orm, who will be played by Patrick Wilson.

“Black Manta is a really interesting character who is somehow factored into this story but our main story is about Jason and Patrick,” Wan said.

King Orm is an ambitious leader who wishes to declare war on the surface world and lead Atlantis into battle. Aquaman must step up to challenge his half-brother and bring peace to both Atlantis and the surface world.

You can see just how Aquaman’s fight with his half-brother King Orm plays out and how Black Manta fits into the story when “Aquaman” hits theaters December 21.

Comments Off on PHOTO: First look at the villainous Black Manta in DC’s “Aquaman”