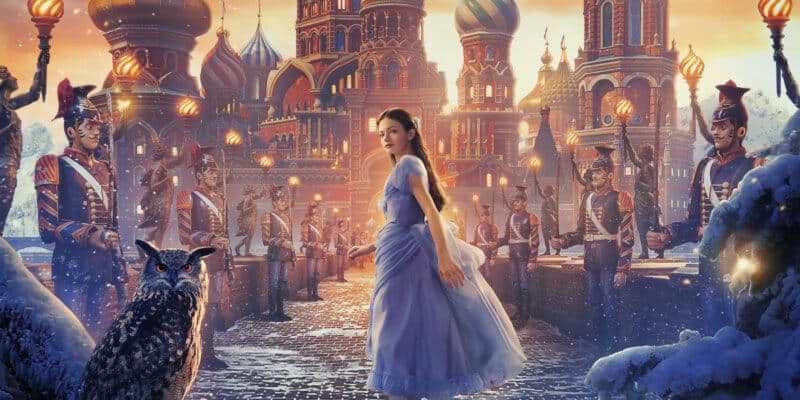 “The Nutcracker and the Four Realms,” Disney‘s re-telling of the classic holiday tale, arrives in theaters this fall, and today the studio released a fantasy-filled new poster.

In the film, when young Clara “finds herself in a strange and mysterious parallel world that’s home to Land of Snowflakes, Land of Flowers and Land of Sweets, she must brave the ominous Fourth Realm and its ruling tyrant, Mother Ginger, to return harmony to the unstable world.” 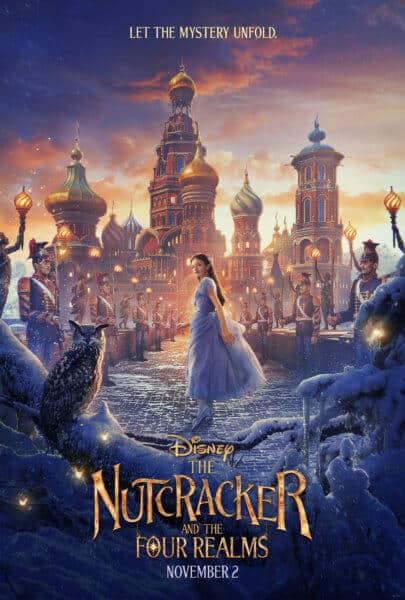 Notable cast members include Mackenzie Foy as Clara, Keira Knightley as the Sugar Plum Fairy, Morgan Freeman as Drosselmeyer, and Helen Mirren as Mother Ginger. In case you missed it, Disney released a trailer for the film late last year.

WATCH – THE NUTCRACKER AND THE FOUR REALMS TRAILER:

“The Nutcracker and the Four Realms” arrives in theaters on November 2.

Comments Off on PHOTO: New poster for Disney’s “The Nutcracker and the Four Realms” teases a mystery-filled holiday treat