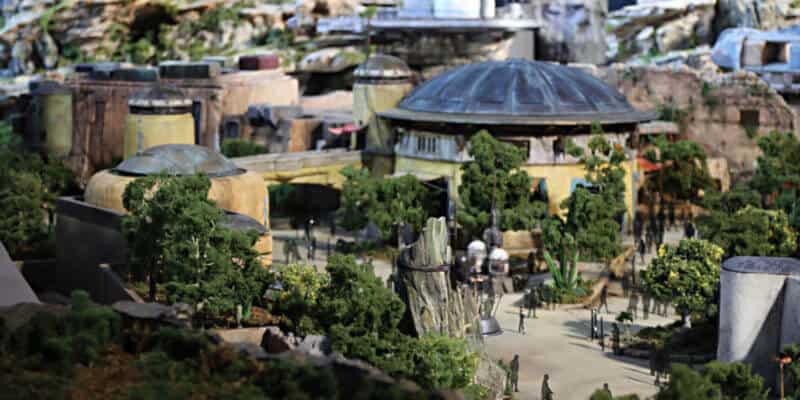 Southern California residents know how valuable a Disneyland Resort Annual Passport can be. The colorful plastic card featuring the faces of Mickey, Donald, and Goofy grants guests access to both the original Disneyland theme park and Disney California Adventure throughout the year, on dates depending on blockout calendars that vary with each tier of Annual Passport. And anyone who knows what’s coming to Disneyland next year could have guessed that changes to the incredibly popular program were on the way.

The highly-anticipated new 14-acre park expansion Star Wars: Galaxy’s Edge is set to open one year from now during the summer of 2019, and Disneyland Resort’s Annual Passport program will naturally see some drastic updates in order to accommodate the demand for this impressively-themed land. The first revision was announced over this past weekend: Annual Passholders will now have access to Disneyland and Disney California Adventure on a park-specific calendar, meaning there will be certain days when specific tiers may enter one but not the other. 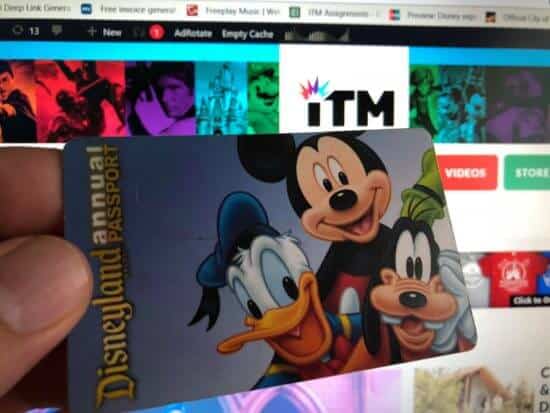 “With unparalleled experiences, both classic and new across both Parks at the Disneyland® Resort, the Annual Passport program will now be moving to Park-specific calendars beginning June 2019. This means that Blockout Dates will apply to one or both Theme Parks depending on the pass type purchased.”

By visiting the official Disneyland Resort blockout dates website for the Deluxe-tier Annual Passport, we can compare the month of June 2019 for Disneyland and Disney California Adventure. As you can see in the screen capture below, starting with the first weekend of June, access to Disneyland is restricted from Fridays through Sunday and for the entire final week of the month, while DCA is not blocked out at all. 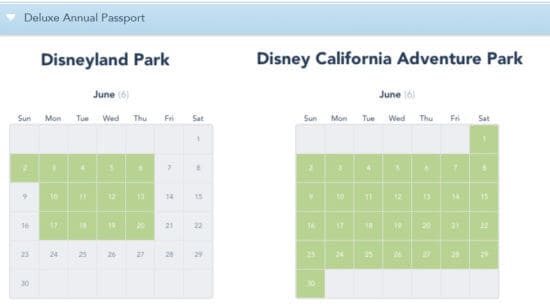 This is an interesting solution to the massive crowding problem that Disneyland Resort is going to face once Star Wars: Galaxy’s Edge opens its gate, and it’s also a double-edged sword for regulars. While it will be frustrating not to have access to Disneyland on certain weekends for Deluxe Annual Passholders and all tiers below, it’s nice to know Disney is accounting for that by allowing those guests access to Disney California Adventure during those weekends, spreading out the crowd and hopefully making everybody happy in the end.

This also gives us a good idea as to when we can expect Star Wars: Galaxy’s Edge to launch next year– more than likely by the beginning of June. If you’re anything like me and the other hundreds of thousands of Disneyland Resort Annual Passholders, you’re counting the days.