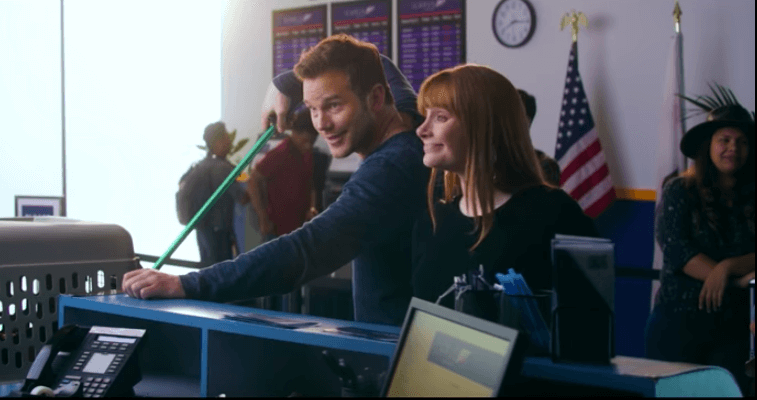 “Jurassic World: Fallen Kingdom” is going to once again show us everything that can go wrong when we introduce dinosaurs into the real world, but what if things didn’t go wrong? What if you could have a dinosaur as a service animal?

Stars of the upcoming addition to the “Jurassic Park” franchise, Chris Pratt and Bryce Dallas Howard, joined College Humor to create a hilarious new video taking a look at what that might be like.

WATCH – MY DINOSAUR IS A SERVICE ANIMAL:

You can see just how things play out for Pratt and Dallas Howard and all their dinosaurs when “Jurassic World: Fallen Kingdom” roars into theaters June 22.

Comments Off on VIDEO: “Jurassic World” stars Chris Pratt and Bryce Dallas Howard try to bring a dinosaur on an airplane in hilarious skit