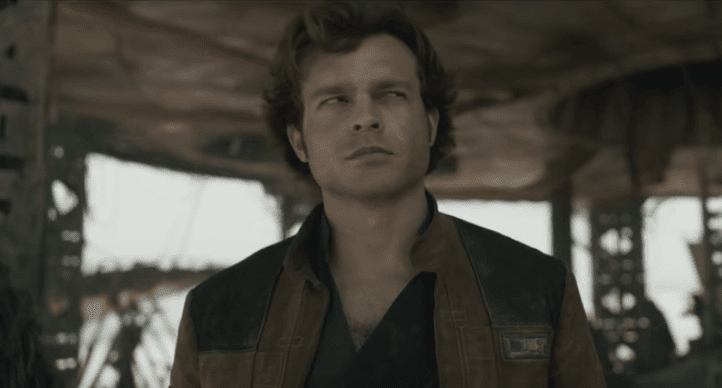 Han Solo is no stranger to talking himself into a bit of trouble and it’s a safe bet we’ll see a bit of that in the upcoming film “Solo: A Star Wars Story.”

In fact, a new clip was just revealed today showing Solo, along with Tobias Beckett, Qi’Ra and Chewbacca, doing just that as he encounters the villainous Dryden Vos.

Solo is played by Alden Ehrenreich while Beckett, Qi’Ra and Chewbacca are played by Woody Harrelson, Emilia Clarke and Joonas Suotamo respectively.

You can see how Solo and his crew get themselves out of this sticky situation when “Solo: A Star Wars Story” blasts its way into theaters May 25.

Comments Off on VIDEO: Han gets himself into trouble in new “Solo: A Star Wars Story” clip