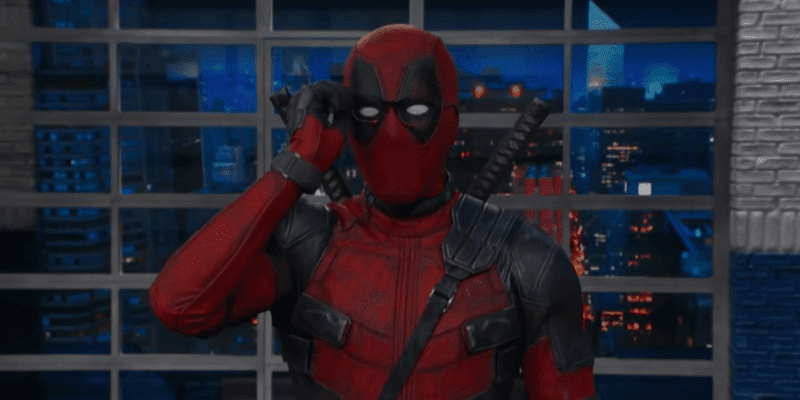 It seems like Deadpool is everywhere these days, promoting “Deadpool 2” with special merchandise, viral videos and performances with Celine Dion.

Last night, the Merc with a Mouth appeared on “The Late Show with Stephen Colbert” and hijacked the opening monologue after Colbert asked when audiences would get tired of superhero movies. The result was, of course, hilarious.

Ryan Reynolds, the actor who has essentially become Deadpool in real life at this point, jokes about himself, reads the monologue and calls Colbert “Jimmy” before vanishing from existence while cursing out Thanos.

You can see “Deadpool 2” when it slices and dices its way into theaters this Friday, May 18.

Comments Off on VIDEO: Deadpool hijacks Stephen Colbert’s monologue on “The Late Show”