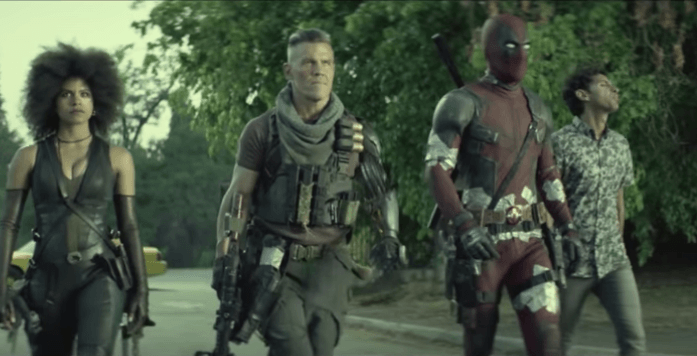 Deadpool wants to thank you for being a friend! 20th Century Fox released a video today thanking fans for the success of  “Deadpool 2,” in the style of the classic intro to the iconic television series “The Golden Girls.”

Deadpool, Domino, Cable and the rest of this ragtag group may not exactly be the best of friends, but this video certainly makes it seem like they are.

You can see Deadpool, Domino, Cable, Dopinder and of course Peter in “Deadpool 2” in theaters now.

Comments Off on VIDEO: “Deadpool 2” thanks the fans with a “Golden Girls”-style tribute