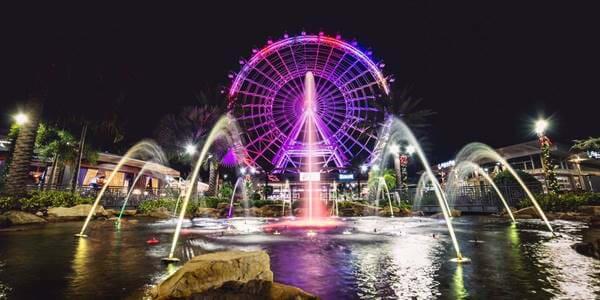 For the second time since its opening in 2015, the Orlando Eye is undergoing a name change. The Coca-Cola Orlando Eye will now be called the ICON Orlando.

On top of the name change for the observation wheel, the entire 18-acre complex that is home to the attraction as well as SeaLife Aquarium, Madame Tussauds and the soon to open Orlando Starflyer attraction will also change its name from I-Drive 360 to ICON Orlando 360.

The complex will now also offer a $69 unlimited annual pass, discounted one and two-week passes, WiFi in all of the Eye’s capsules and nightly light shows in the courtyard fountain.