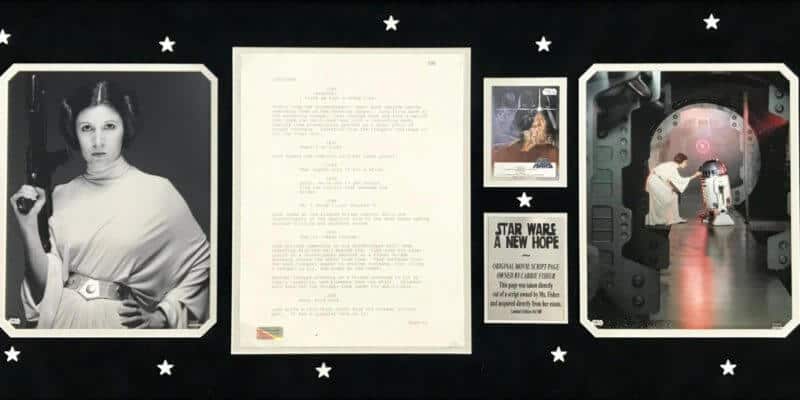 “Help me, Obi-Wan Kenobi. You’re my only hope.” With those immortal words in her first “Star Wars” appearance as Princess Leia in 1977, the legendary Carrie Fisher permanently entered the pop-culture canon. And now, a year and a half after her untimely death in 2016, fans will have the opportunity to own those words (among many others) in script pages owned by the late daughter of famed actress Debbie Reynolds and popular singer Eddie Fisher.

Today the Las Vegas-based memorabilia company Inscriptagraphs announced an upcoming sale of each individual page– complete with frame and letters of authenticity– from a screenplay of the original “Star Wars” movie recovered from Carrie Fisher’s estate after she passed away. What’s not exactly clear from the press release is if this script was used during the production of the movie or was simply a reproduction owned by Ms. Fisher later in her life. 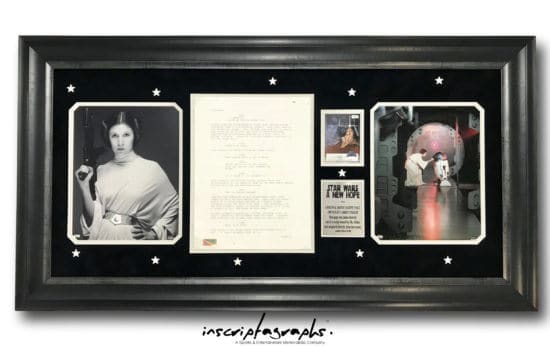 “We are thrilled to offer ‘Star Wars’ fans the opportunity to own a rare piece of cinematic history,” said Tyler Feldman, owner of Inscriptagraphs. “Items owned by the original ‘Star Wars’ cast members very seldomly hit the public market and we expect this unique conversation piece to sell out immediately.”

Comments Off on “Star Wars” script owned by Carrie Fisher to go up for sale, one page at a time