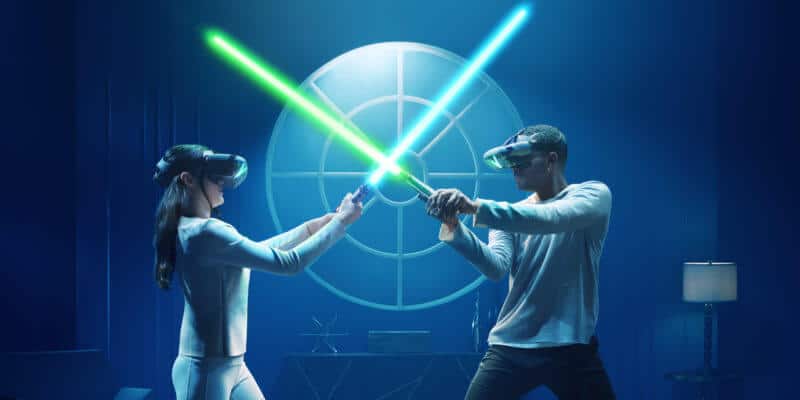 For the first time in Star Wars: Jedi Challenges, Star Wars fans can have lightsaber battles against each other in local multiplayer mode, the newest feature expansion for the smartphone-powered augmented reality (AR) experience from Lenovo and Disney. 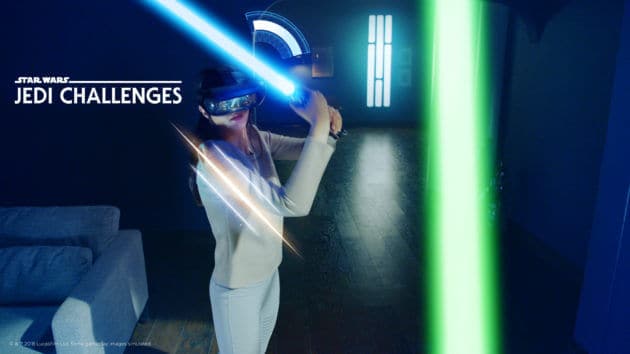 A first-of-its-kind, Star Wars: Jedi Challenges has allowed fans to train like a Jedi, battling against legendary dark side villains like Kylo Ren and Darth Vader in AR since its launch in late 2017. Driven by overwhelming fan demand, the new multiplayer mode allows two players – each equipped with the smartphone-powered Lenovo Mirage AR headset, Lightsaber Controller, Tracking Beacon and a compatible smartphone – to face off in AR lightsaber battles, while in the same room. This is the first time two players can play simultaneously while being able to see the other player’s lightsaber in AR.

“Innovating and iterating based on customer feedback is a big part of what makes Lenovo products different and better,” said Jeff Meredith, Senior Vice President and General Manager of Lenovo Consumer PCs and Smart Devices. “One of the most popular fan requests since the launch of Star Wars: Jedi Challenges is to enable 1-on-1 local multiplayer mode for fans to duel one another in lightsaber battles. We’re excited to continue collaborating with Disney to fulfill fans’ wishes by testing the frontiers of augmented reality. The introduction of the Lightsaber Versus Mode is another step in our journey to offering consumers one-of-a-kind, immersive experiences made possible by AR.” 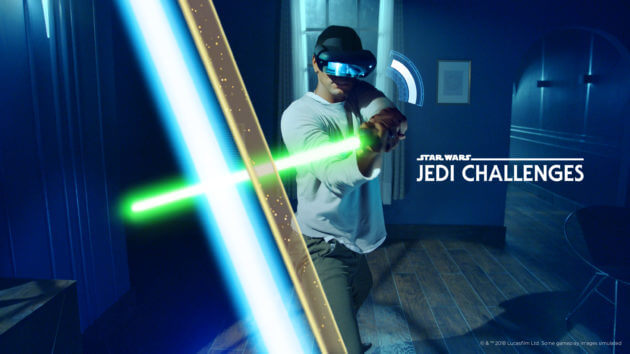 In Lightsaber Versus Mode, players are guided by visual cues indicating when and where to block, dodge, and strike. As players face off, the battle increases in difficulty until one player claims victory. Each player must download the latest version of the Star Wars: Jedi Challenges app on compatible smartphones, with access to the same Wi-Fi connection.

“Our goal here is to extend Star Wars experiences in completely new and different ways for fans — Star Wars: Jedi Challenges does exactly that,” said Kyle Laughlin, Senior Vice President, Games and Interactive Experiences, Disney Parks, Experiences & Consumer Products. “The product’s global success has encouraged us to give players even more authentic Star Wars moments, and we look forward to continuing to improve and expand the gameplay.” 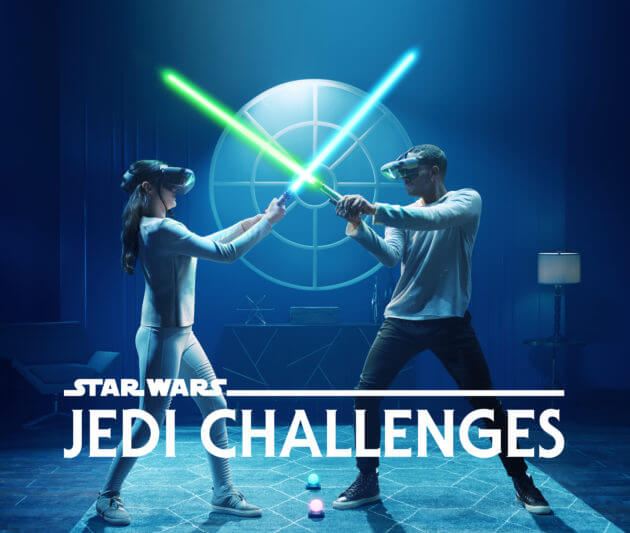 The Star Wars: Jedi Challenges app is free to download on the App Store and Google Play.