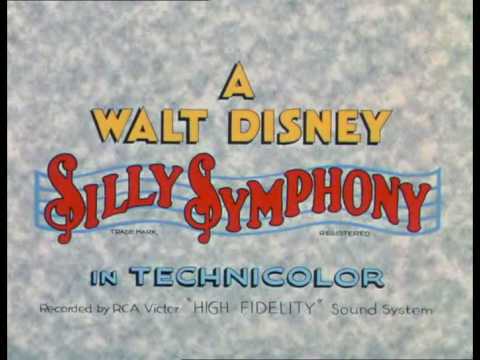 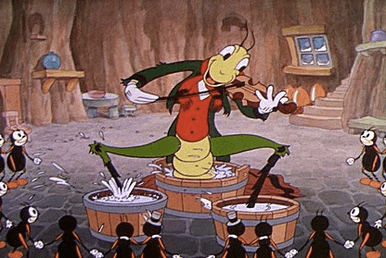 For year five, this innovative series of animated shorts saw the debut of Donald Duck Debut as well as a “Three Little Pigs” sequel featuring even more characters. 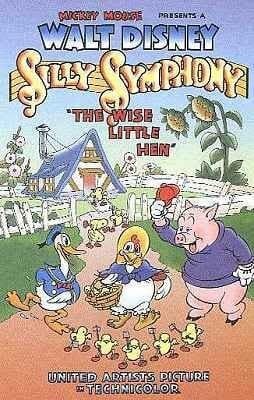 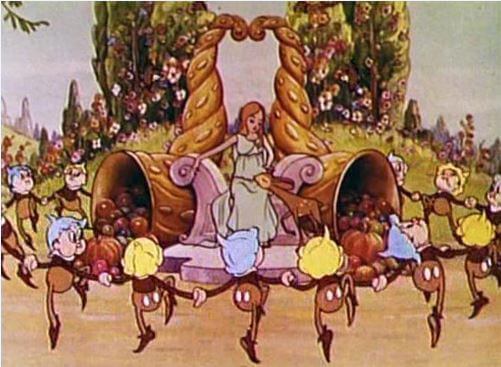 After the shopkeeper locks up for the night, fine china comes to life, only to be antagonized by a china demon.  This 8-minute cartoon was directed by Wilfred Jackson with music by Leigh Harline

Disney’s version of the classic Aesop Fable reveals the perils of folly over preparation. With Pinto Colvig lending his voice to the 8-minute feature, music was supplied Leigh Harline.  Wilfred Jackson directed the famous fable.

Florence Gill provided voices in this Easter animated adventure which was directed by Wilfred Jackson.  Revealing the realm of Easter Bunnies and the sweet manufacturing process of holiday treats, this 7-minute long Silly Symphony benefited from music by Frank Churchill and Leigh Harline.

Weaving Little Red Riding Hood and Grandma into the story, a hungry Big  Bad Wolf makes a malevolent return in this sequel to last year’s hit “The Three Little Pigs.” The 9-minute follow up did not attain similar success as its predecessor.  With voice talents of Sara Berner, Pinto Colvig, Billy Bletcher, Mary Moder and Dorothy Compton, the cartoon was scored by Frank Churchill and directed by Burt Gillett.

While Peter Pig did not receive as much notoriety as his costar and partner in crime Donald Duck did, “The Wise Little Hen” marks Donald’s debut (along with his infamous voice provided by Clarence Nash) into the realm of Disney characters.  Wilfred Jackson directed the 7-minute short for which Leigh Harline handled music.

Believed to be the inspiration for Pinocchio’s Blue Fairy character, a blue butterfly turns out to be a fairy. Rescued by a mouse who desires wings, the fairy grants his wish.  Unfortunately, things don’t go so well for the mouse, as he is shunned by both mice and bats.  This lesson of “be yourself” was directed by David Hand. Frank Churchill and Bert Lewis scored the 9-minute cartoon.

Only 6 minutes long, “Peculiar Penguins” is shorter than most Silly Symphony cartoons.  During the courtship and dangers experienced by Peter Penguin and his would-be partner, Polly, arctic antics ensue (much to the chagrin of a sinister shark).  Leigh Harline supplied music for this Wilfred Jackson directed short.

Borrowing from Greek mythology, Persephone (goddess of Spring) is courted and crowned Queen by Underworld god Pluto in this 9-minute final feature of 1934.  As she is whisked away to the Underworld, the land above suffers winter’s ravages. Eventually, Pluto allows Persephone to spend half the year in Underworld and the other half above, thus creating the seasons.  The voices of Kenny Baker, Jessica Dragonette, and Tudor Williams were directed by Wilfred Jackson. Leigh Harline’s talents provided the score.

Once again proving the groundbreaking benefits of animation experimentation, Disney’s 1934 Silly Symphonies secured advances in animation styles that can be seen in “Snow White.” In addition, the Big Bad Wolf returned and Donald Duck delighted audiences for the first time. 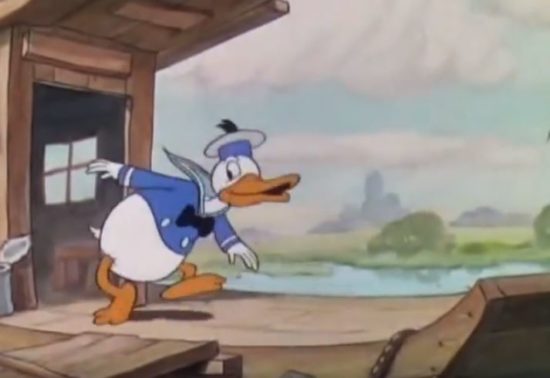 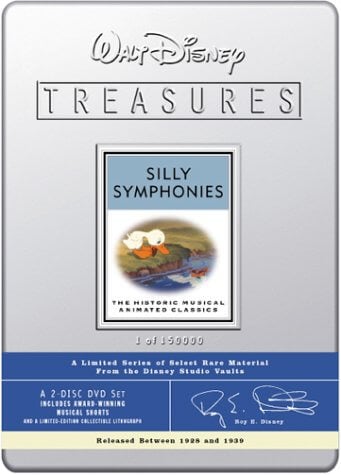 Stay “tooned” for part six (the cartoons of 1935) in ITM’s series on this wonderful animation gold mine known as the Silly Symphonies. 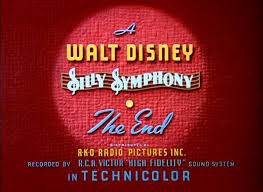