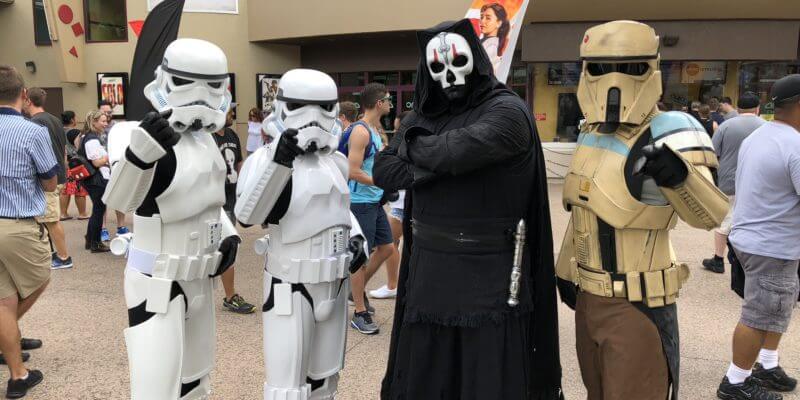 Tonight Disney Springs celebrated the opening of “Solo: A Star Wars Story” with a star-studded event that featured all of the film’s famous characters.

“Solo: A Star Wars Story” is Lucasfilm’s latest Star Wars film to hit the big screen. The film officially opens tomorrow May 25, but tonight Disney Springs held a special preview screening of the film for its biggest fans. Earlier this week the Disney Parks Blog announced this special affair, which was available on a first-come basis to whoever signed up the fastest for the event.

Lucky winners not only got to see the film before everyone else, but they also got to hang out with the film’s famous characters to pose for selfies!

In honor of the celebration, the Disney Springs AMC 24 was adorned with special flags outside of its main entrance. 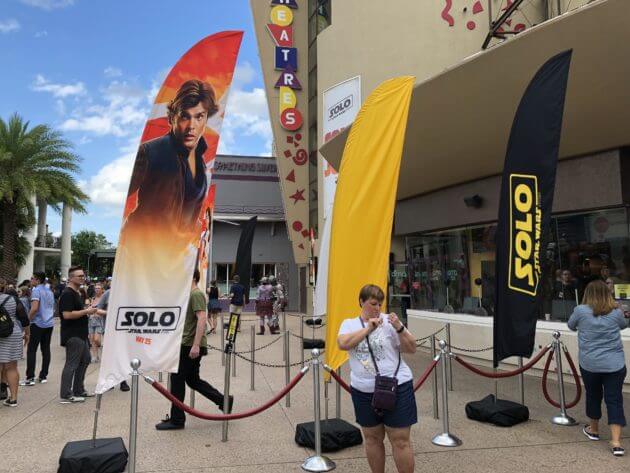 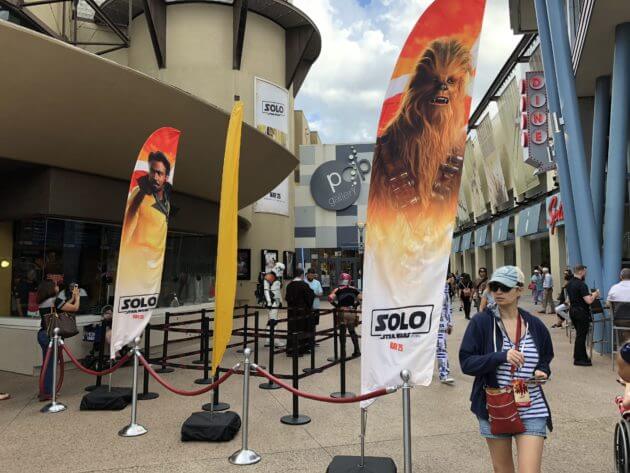 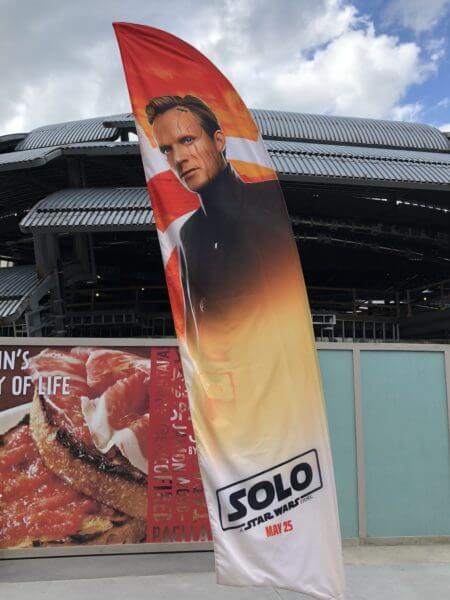 Also found outside was a fleet of everyone’s favorite Star Wars characters. This included R2-D2, Storm Troopers, Luke Skywalker, Wookies, and many more of the film franchise’s intergalactic characters. 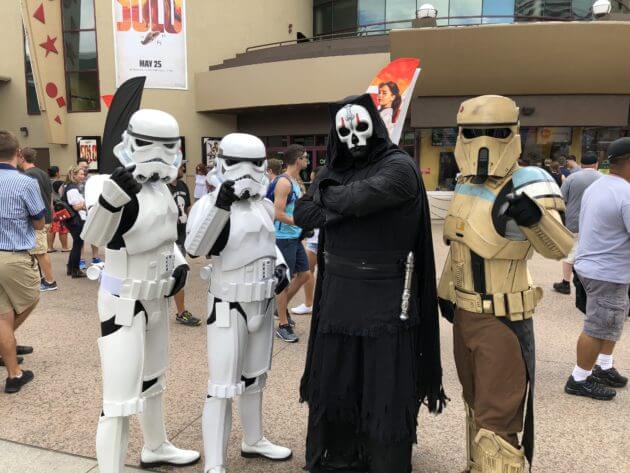 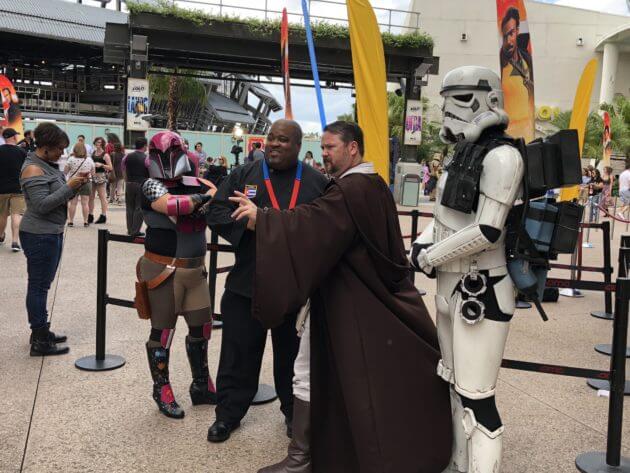 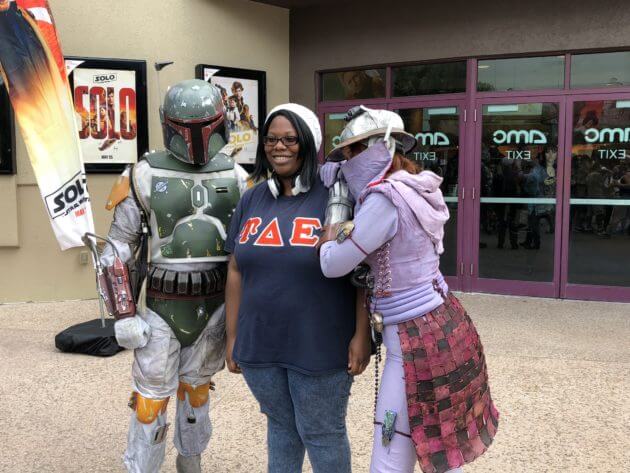 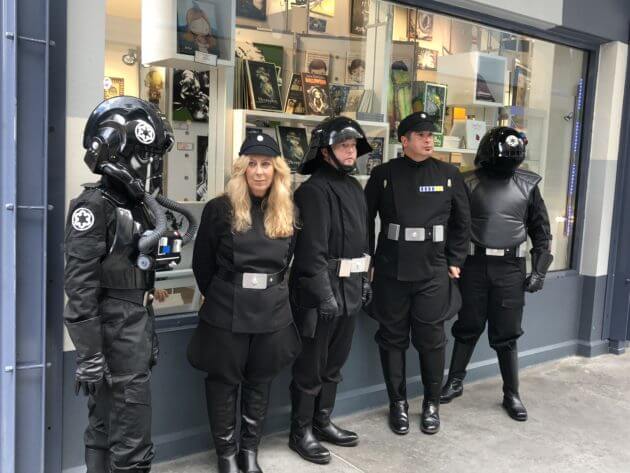 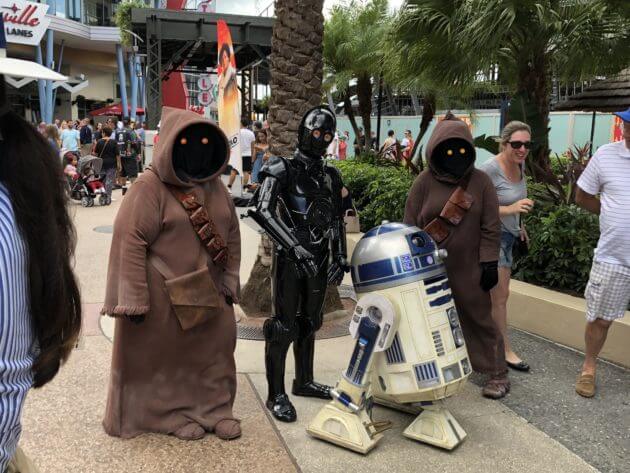 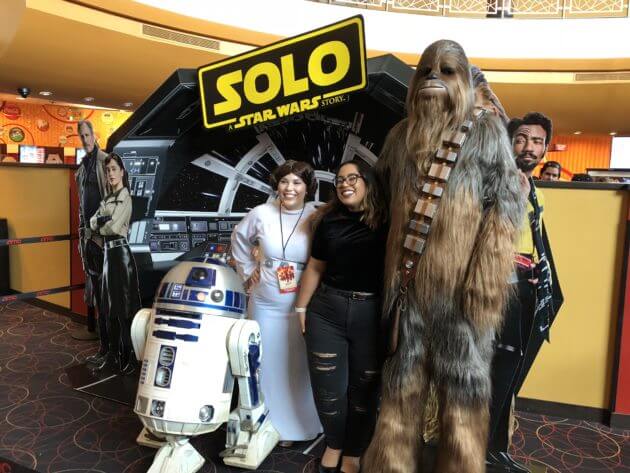 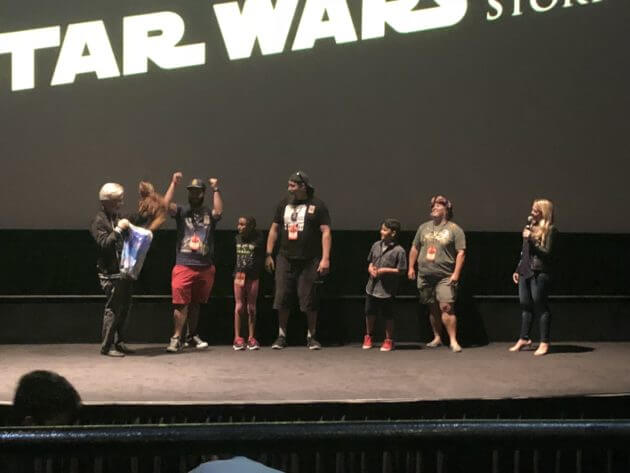 All of the audience members who competed were deemed winners and sent home with special Star Wars merchandise.

Are you going to see “Solo: A Star Wars Story” tomorrow? Let us know in the comments below!

Comments Off on PHOTOS: Disney Springs celebrates “Solo: A Star Wars Story” with a premiere screening full of its intergalactic stars