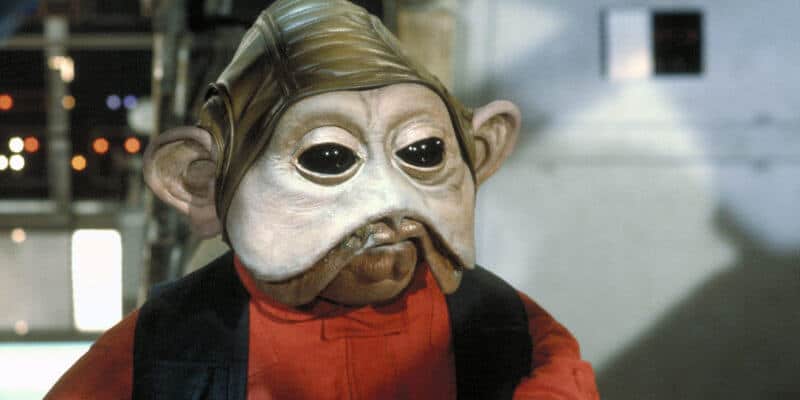 1983’s second “Star Wars” sequel “Return of the Jedi” introduced a number of interesting new characters, and high among them was Rebel Alliance pilot Nien Nunb, who flew in the Millennium Falcon alongside Lando Calrissian during the Battle of Endor, helping to destroy the Galactic Empire’s second Death Star. Nunb later reappeared among Resistance fighters in 2015’s “Star Wars: The Force Awakens” and 2017’s “Star Wars: The Last Jedi,” and now we’ve learned that he will play a crucial role in the new Star Wars: Galaxy’s Edge area coming to Disneyland in California and Disney’s Hollywood Studios in Florida next year.

During this past weekend’s Star Wars Galactic Nights event at Walt Disney World, Disney Imagineers gathered for a panel about Star Wars: Galaxy’s Edge and revealed that Nien Nunb’s original voice actor Kipsang Rotich had been enlisted to help bring the enormous theme park expansion to life via the character’s reappearance in newly-shot footage.


“We decided we could not build this land without bringing a certain character into the story,” said Imagineer Margaret Kerrison. “We wanted to find the original voice actor for Nien Nunb, so we traveled all the way to Kenya to record him so that we could have this authentic character in our land. We’re very, very excited about that.”