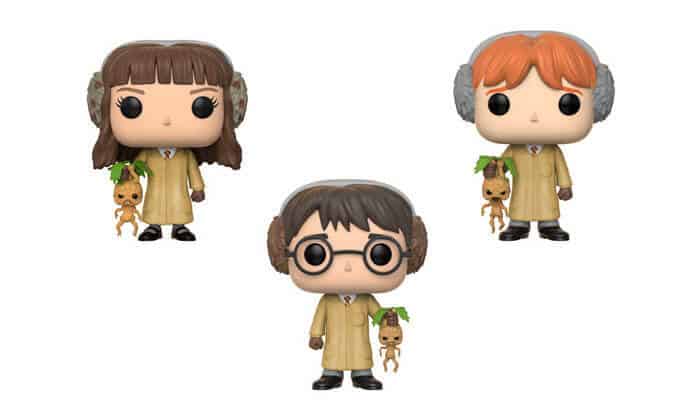 Funko has unveiled a new collection of Pop! figures, Vynl and Mystery Minis based on the “Harry Potter” franchise coming to stores this Summer.

The new collection includes some of the obvious characters like Harry, Ron and Hermione, but also some lesser known characters like Gilderoy Lockhart and Nearly Headless Nick.

Harry, Ron and Hermione can be found dressed and ready for Herbology class, complete with Mandrakes in hand! 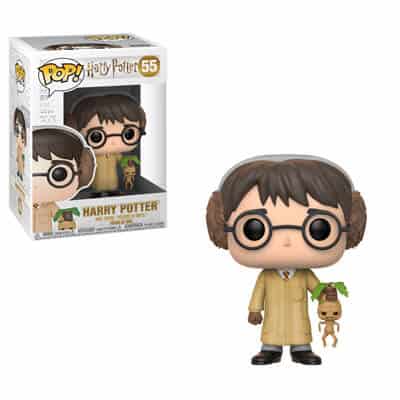 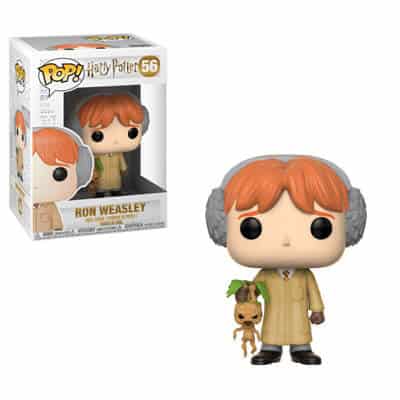 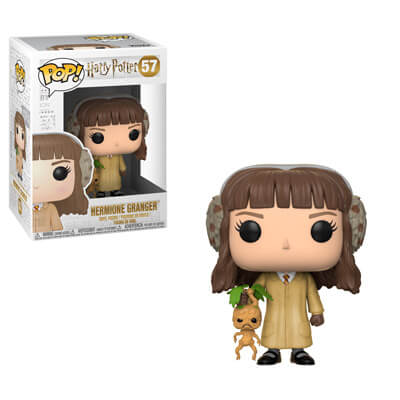 You can also find all three of these new Pop! figures in a 3-pack only at Barnes and Noble. 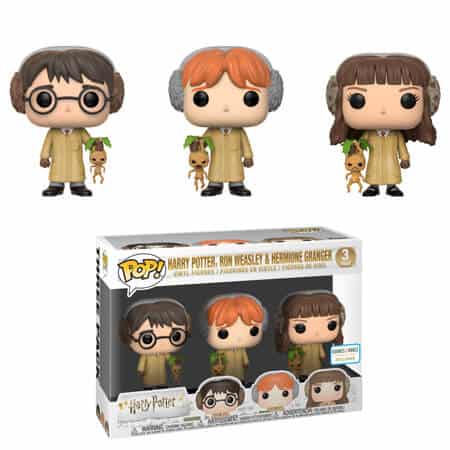 Other new figures in this series include Ginny Weasley with Tom Riddle’s diary, Tom Riddle himself and the aforementioned Gilderoy Lockhart and Nearly Headless Nick. 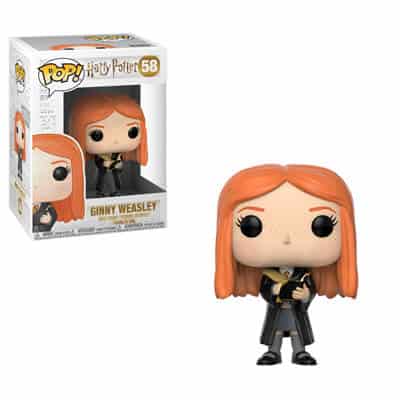 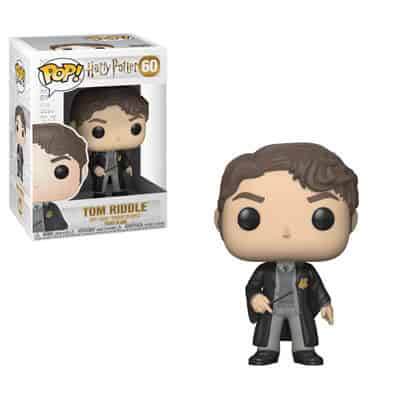 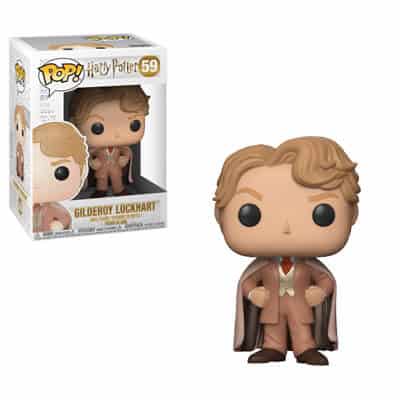 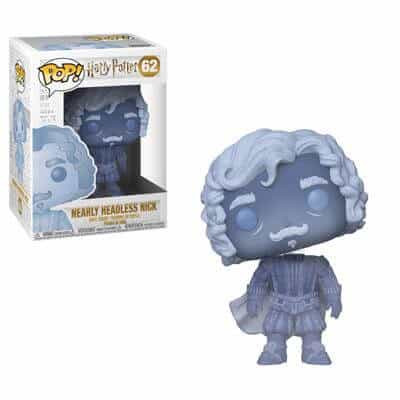 Another version of Gilderoy Lockhart will be found exclusively at Barnes and Noble. 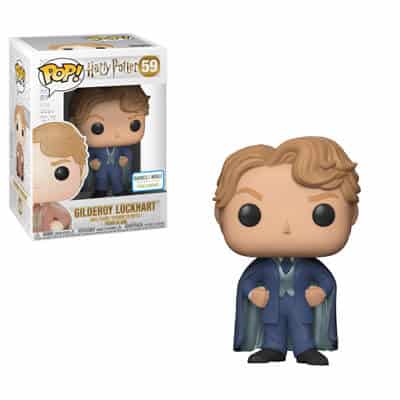 A sepia version of Tom Riddle will be found exclusively at Target. 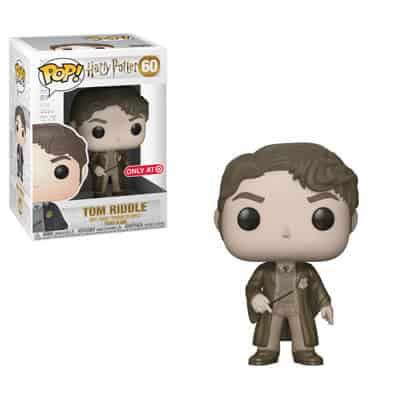 If those little Pops aren’t your thing, you can look for a 6″ Basilisk and a 10″ Dobby exclusively at Target as well! 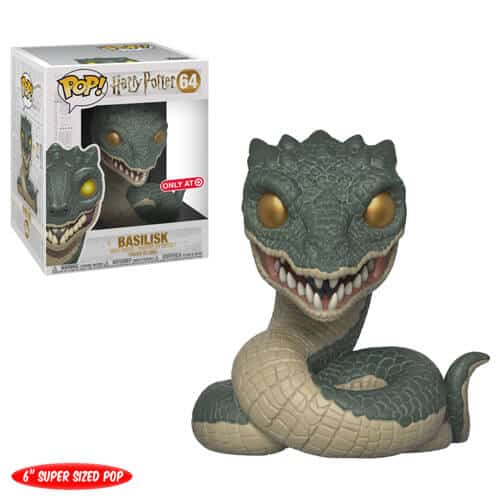 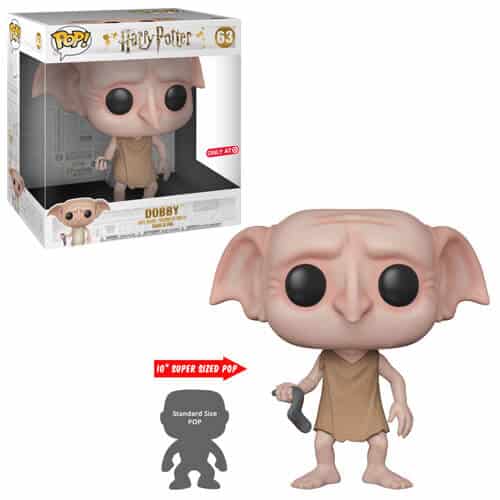 If you’re looking for some other new collectibles, these new Mystery Minis include Harry Potter, Alastor Moody, Draco Malfoy, Dolores Umbridge, Argus Filtch and his cat Mrs. Norris, Gregory Goyle and many more! 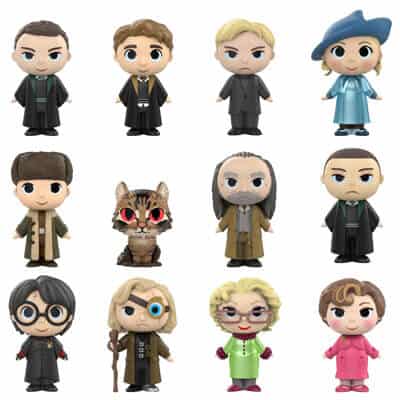 Harry Potter, Ron Weasley and Hermione Granger in their Quidditch World Cup gear will be available at Target.

Another variation of Harry Potter, Lucius Malfoy and a black and white version of Tom Riddle will be available at Hot Topic.

Moaning Myrtle, Tom Riddle and a Basilisk will be available at Barnes and Noble.

If you’re still looking for something different, two new sets of Vynl figures will also be available. Ron Weasley and Hermione Granger are the perfect couple to add to your Harry Potter collection. 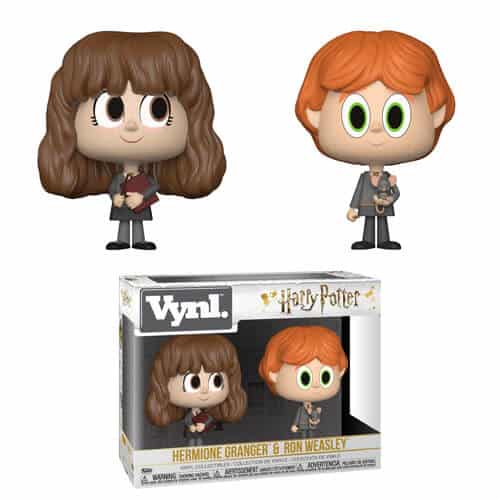 Another version of the set will feature Ron holding a broken wand and will be available exclusively at Barnes and Noble. 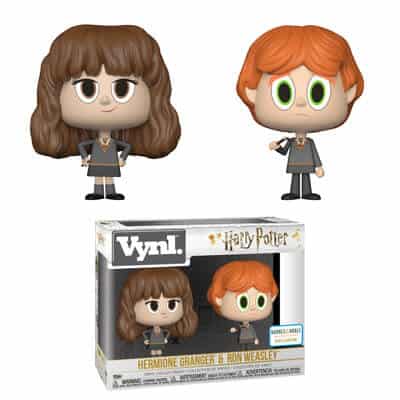 All of these magical new “Harry Potter” products from Funko will be available this July.