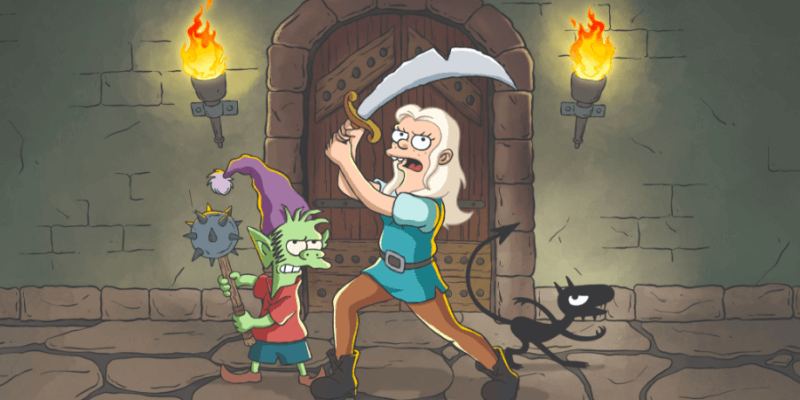 Disenchantment, a new animated medieval adventure from Matt Groening, premieres August 17 on Netflix and we’ve got a first look at the new series.

Set in the crumbling kingdom of Dreamland, the comedy-fantasy series from the creator of “The Simpsons” follows hard-drinking princess Bean, her feisty elf companion Elfo, and her personal demon Luci. “Broad City” star Abbi Jacobson voices Bean, Nat Faxon plays Elfo, and Eric Andre is Luci. During their misadventures, the trio encounters trolls, ogres, sprites, and various other fantastic creatures, as well as some human fools. 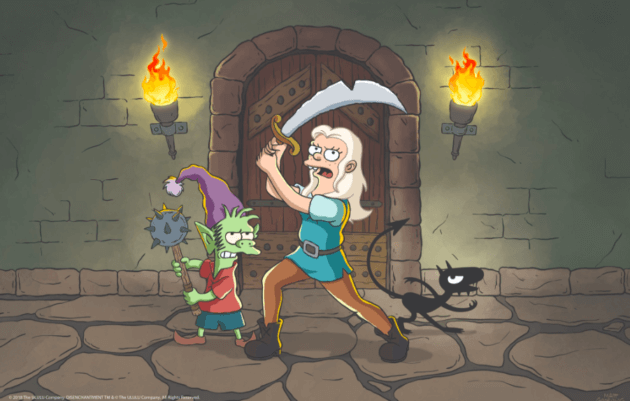 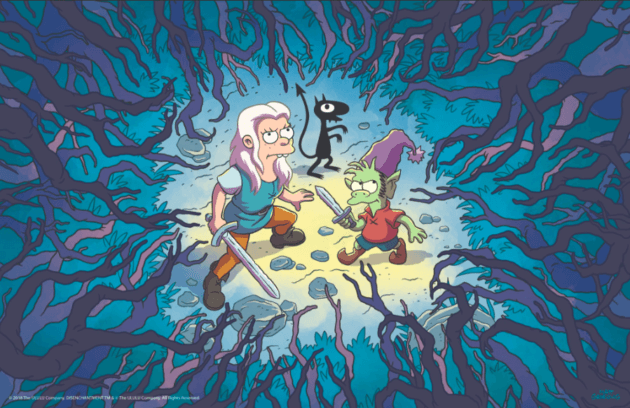 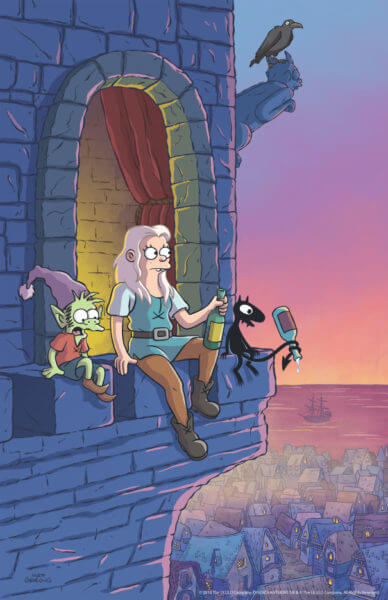 Animation for the new series was done by Rough Draft Studios, the company behind “Futurama.”

All 10 episodes of Disenchantment arrive on Netflix on August 17.

Comments Off on PHOTOS: First look at “Disenchantment” as Netflix announces premiere date for new animated series from Matt Groening