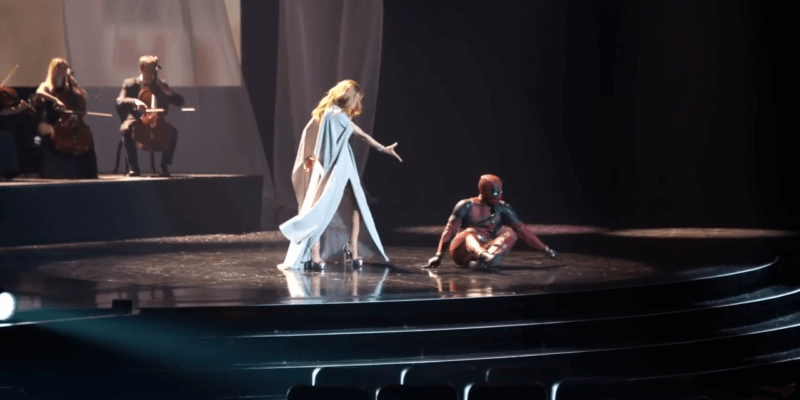 Last week, Celine Dion released a Deadpool 2 music video featuring the Merc with a Mouth himself showing off some graceful dance moves. Now, you can go behind-the-scenes during the making of the music video in this new featurette.

In the video below, hear Ryan Reynolds crack jokes about “hologram” Celine Dion and his lack of dance skills.

Reynolds offered plenty of his signature “Deadpool” wisecracks, but as the actor revealed on Instagram, the actual dancing was performed by Yanis Marshall.

Deadpool 2 arrives in theaters on May 18 and you can listen to the soundtrack now on Spotify.

Comments Off on VIDEO: Go behind-the-scenes of “Deadpool 2” music video with Ryan Reynolds and Celine Dion