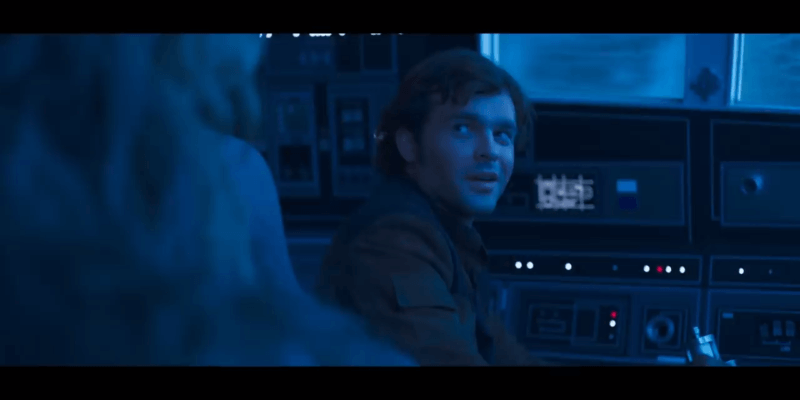 In this new clip from “Solo: A Star Wars Story,” Chewbacca takes on the role of Han’s co-pilot for the very first time.

The clip arrives as tickets for “Solo: A Star Wars Story” go on sale, and of course, as the world celebrates Star Wars Day. In this new glimpse at the upcoming movie, Qi’ra (Emilia Clarke) struggles to help Han (Alden Ehrenreich) pilot the Millennium Falcon. An exasperated Chewie (Joonas Suotamo) steps in and before you know it, he’s sitting in the co-pilot seat beside Han.

Solo: A Star Wars Story hits theaters on May 25, and you can purchase tickets now.