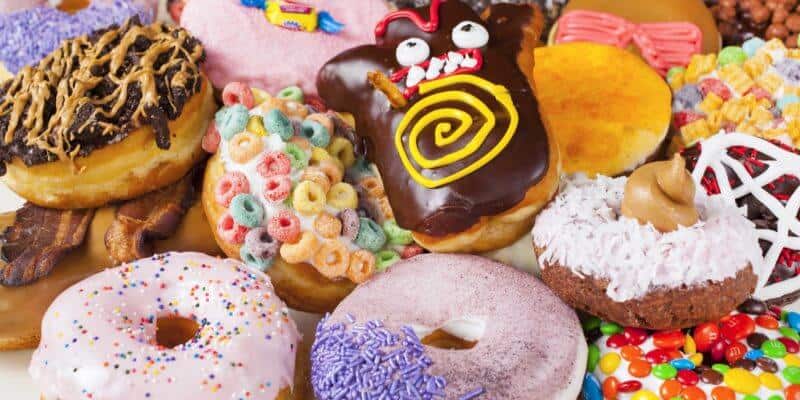 “Mmm… doughnuts.” Homer Simpson speaks for the entire United States with one of his trademark catch phrases, and tomorrow the country can join him in celebrating the fried dough confection on National Doughnut Day– held on the first Friday in June every year and first founded in 1938 by the Salvation Army in Chicago.

This year there’s no better place to celebrate National Doughnut Day than at Universal CityWalk and Universal Studios Hollywood in Southern California, where the incredibly popular Voodoo Doughnut shop will offer an exclusive Strawberry Confetti doughnut all weekend long, in addition to their already-colorful and delectable regular menu. 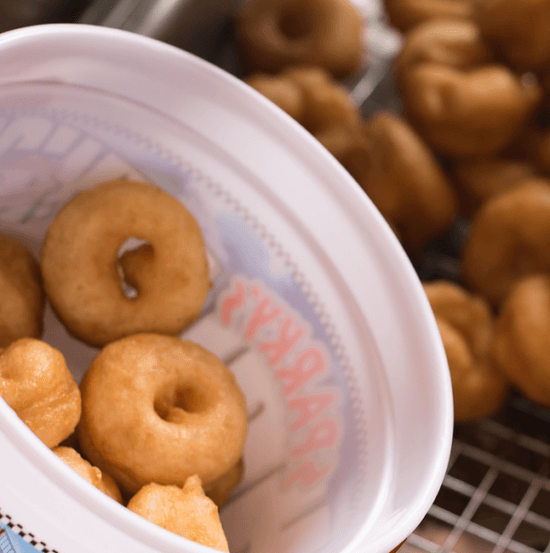 If that isn’t enough doughnut to fill your pastry needs tomorrow, CityWalk is also home to Sparky’s Mini Donuts, where guests can “watch donuts made fresh to order right before their eyes where they are served plain or sprinkled with cinnamon sugar.”

Over at Nectar Bath Treats, fans of keeping clean and neat can get their hands on “donut-shaped soaps complete with a variety of scents and sprinkles.” Just don’t eat the soaps, as tasty as they may look!

And don’t forget Lard Lad Donuts in fabulous Springfield, USA! The hometown of The Simpsons (located inside Universal Studios Hollywood theme park) is also the only place you can purchase The Big Pink– the “famous giant creamy pink-frosted sprinkled donut”– Homer’s favorite– and the Flavor of the Day giant donuts, including Maple Bacon, Chocolate Glazed and S’mores.

National Doughnut Day will be celebrated tomorrow, June 1. For more information on Universal CityWalk Hollywood, be sure to visit the entertainment and retail district’s official website.