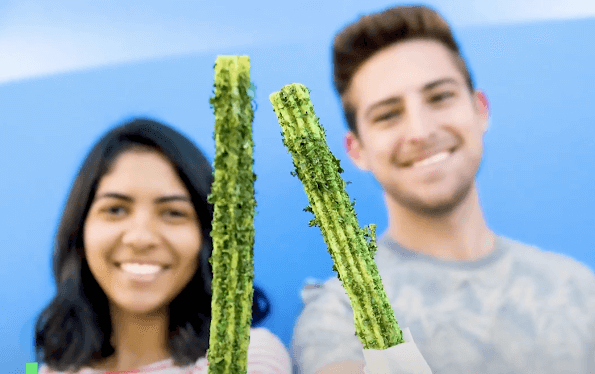 Everyone loves the sweet cinnamon sugar churros at Disney Parks, and Walt Disney World got in on the April Fools’ Day fun yesterday with this video introducing the new Kale Churro.

One part kale, one part churro, the trendy treat is “like eating salad and dessert at the same time.” Whether you love or loathe kale, this new take on the churro does not sound appealing. Thankfully, it’s only a harmless April Fools’ Day prank.

See Walt Disney World introduce the fake Kale Churro in the video below. (As Disney says, no churros were harmed in the making of this video.)

You can find the real deal cinnamon sugar churros throughout Walt Disney World and Disneyland Resort.