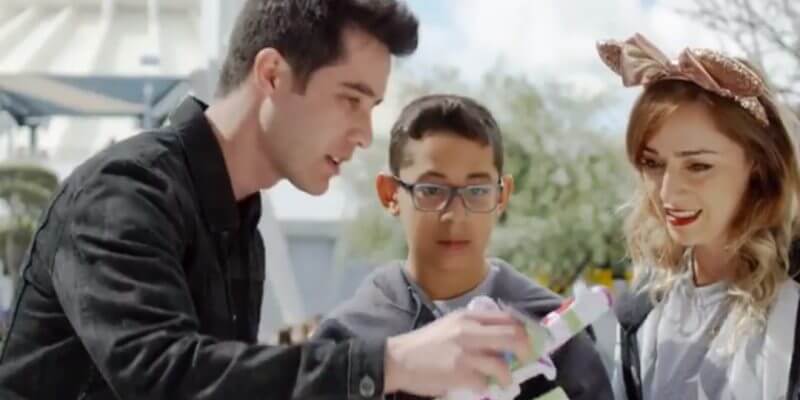 The crime drama TV show “Deception” has been thrilling viewers since it premiered on the Disney-owned ABC network last month, and now the illusionist minds behind the show have brought their talents to the Happiest Place on Earth.

In a series of videos currently being shared to social media platforms, “Deception” co-producer and magician David Kwong– along with consultant Francis Menotti– surprise Disneyland guests with a few mind-bending tricks (and one or two of their favorite Disney characters).

WATCH “INFINITY AND BEYOND” MAGIC IN TOMORROWLAND:

Our magicians go Infinity and Beyond when they try to misdirect these @Disneyland guests. #GetMoreHappy pic.twitter.com/0Ntbzft3f7

Comments Off on VIDEO: Disneyland guests get a dose of real magic thanks to illusionists from ABC’s “Deception”