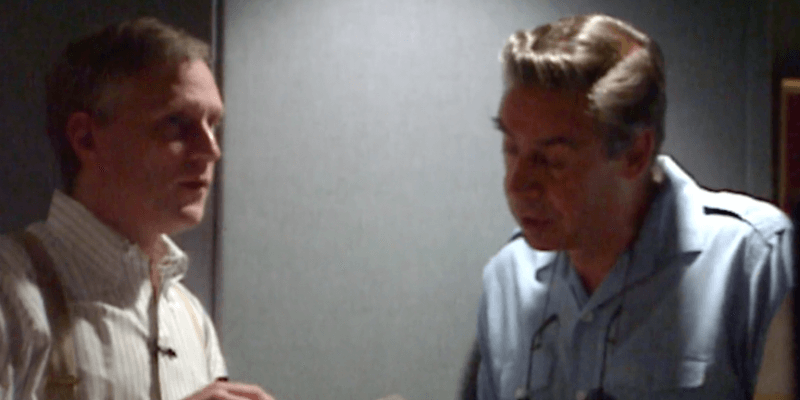 The new documentary “Howard,” which tells the story of lyricist Howard Ashman, has its world premiere at Tribeca Film Festival later this month, and it features a rare clip of Angela Lansbury and Jerry Orbach recording “Be Our Guest” for Disney’s “Beauty and the Beast.”

Ashman was the lyricist behind “Beauty and the Beast” (1991), as well as Disney classics “Aladdin” and “The Little Mermaid.” He collaborated with composer Alan Menken on those movies, and the pair also created the musical “Little Shop of Horrors,” which was adapted into a cult classic film in 1986.

In this clip, which features interviews with Alan Menken and “Beauty and the Beast” director Kirk Wise, Ashman works with Angela Lansbury (Mrs. Potts) and Jerry Orbach (Lumiere) to perfect the iconic “Be Our Guest” song.

WATCH – “BE OUR GUEST” RECORDING WITH ANGELA LANSBURY & JERRY ORBACH:

Here’s the official synopsis for “Howard”:

Howard Ashman, a Jewish kid from Baltimore, grows up in an average family with a extraordinary love for musical theatre. After college, he opens a theatre in a derelict section of New York and struggles to put on shows, until his adaptation of Roger Corman’s film Little Shop of Horrors becomes a huge Off-Off Broadway hit and catapults him into the limelight. Finally on Broadway, he collaborates with the Oscar and Tony-winner Marvin Hamlisch and together they produce a disappointment, Smile. Embarrassed, he flees to Los Angeles and takes up with a struggling gang of artists in a warehouse— Disney animators who have just been kicked off the studio lot until they can prove themselves. Howard and Alan Menken write the Oscar® winning songs for The Little Mermaid. While the film becomes a global phenomenon, Howard is diagnosed with HIV—which he kept a secret in this time when AIDS is a death sentence and gay men are at the margins of society. Howard writes the lyrics to Beauty and the Beast from his hospital bed and dies before he can see the final film. The legacy of his work lives on in Broadway productions and live action remakes of Beauty and the Beast, Little Mermaid and Aladdin for a new generation. 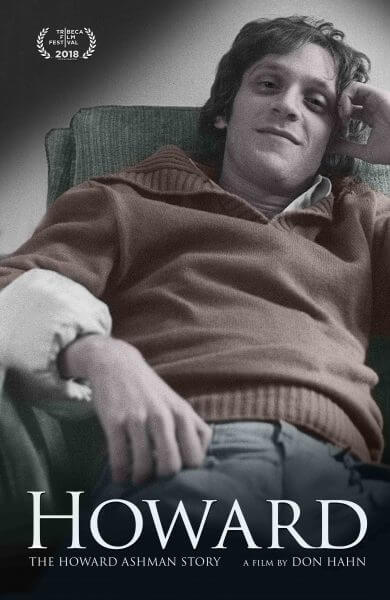 “Howard,” directed by Don Hahn (producer of “The Lion King” and “Beauty and the Beast”), premieres at Tribeca Film Festival in New York on April 22. To purchase tickets, visit the Tribeca website.