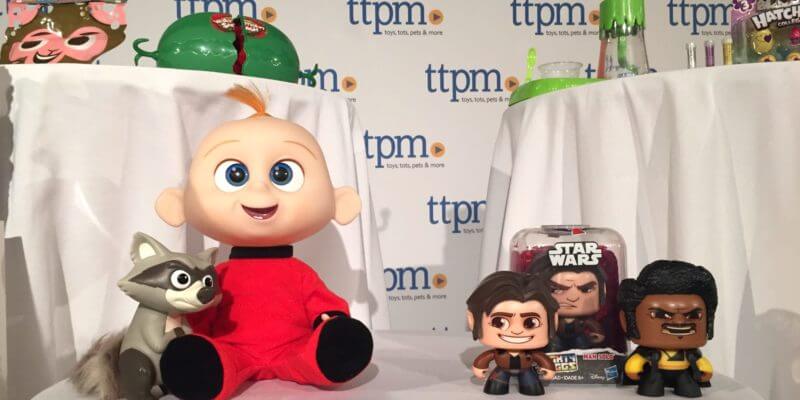 Today in New York City, TTPM (Toys, Tots, Pets & more) unveiled their 2018 Spring Most Wanted List. It’s no surprise that highly-anticipated Disney-Pixar, Star Wars, and Marvel movies also inspired some of the most coveted toys of the season. 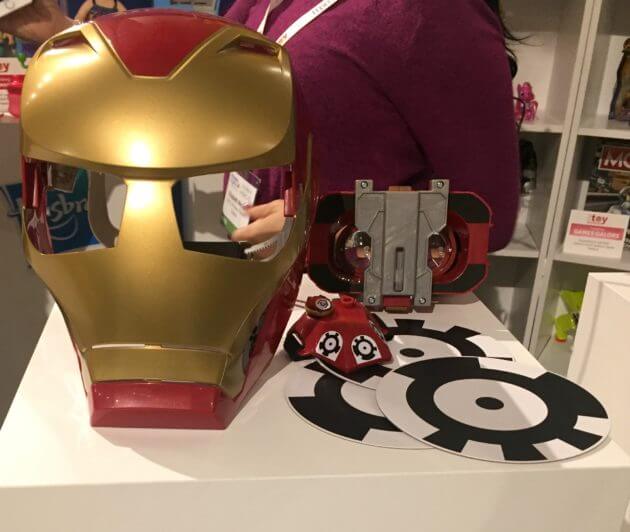 Take on the role of one of your favorite Avengers with this Iron Man A/R Experience. You’ll get an Iron Man mask with removable AR goggles, an Iron Man gauntlet with one Infinity Stone, and three AR markers. To play, install the free Hero Vision app on your mobile device.

With AR makers placed around the room, users get immersed in various battle missions. With each win, players unlock new levels and earn points to upgrade armor, weaponry, damage impact, and repair abilities for the next mission. This toy is recommended for ages 8 and up.

The Avengers: Infinity War Hero Vision Iron Man A/R Experience is currently available on Amazon for $43.19. Get it here. 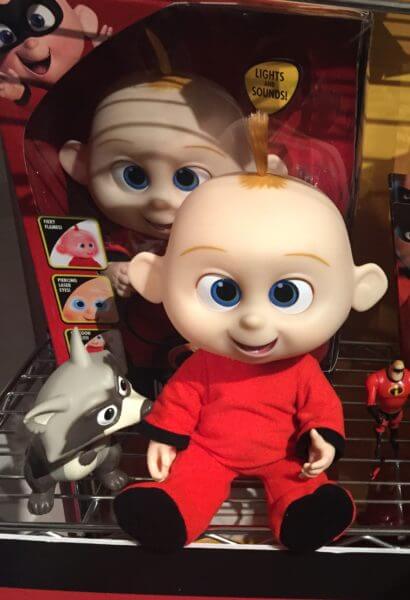 The Disney-Pixar Incredibles 2 Jack-Jack Attacks doll is fully poseable and lights up when the youngest Parr displays his polymorph abilities. Press on his stomach to hear Jack-Jack cry, babble, and make adorable baby noises. If you press and hold his stomach, his face starts changing colors, his eyes glow blue, and he makes more sound effects.

Jack-Jack also comes with an intruder raccoon figure so kids can play out a scene from the new movie.

The Incredibles 2 Jack-Jack Attacks figure (recommended for ages 3 and up) is currently available on Amazon for $39.99. Get it here. 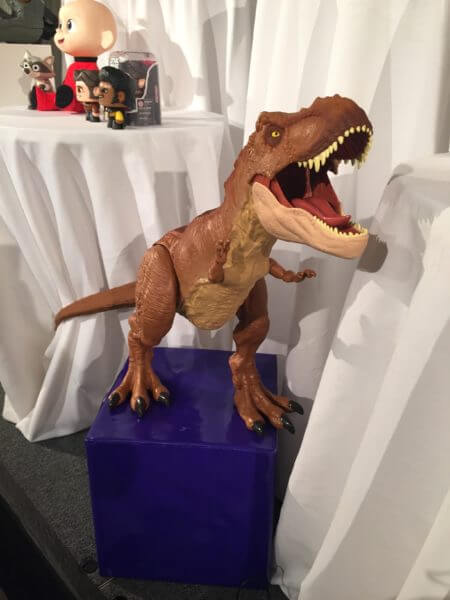 The Jurassic World: Fallen Kingdom Super Colossal Tyrannosaurs Rex is the biggest dinosaur in the new movie-related line from Mattel. With articulated arms, legs, tail, and jaw, this dinosaur lets you recreate the most thrilling scenes from the films. You can watch the Super Colossal T-Rex swallow up smaller dinosaurs, thanks to a secret trap door under the belly. She can scarf down up to 26 of the Jurassic World 3.75-inch mini figures whole!

Jurassic World: Fallen Kingdom Super Colossal Tyrannosaurs Rex (recommended for ages 4 and up) is available now on Amazon for $54.99. Get it here. 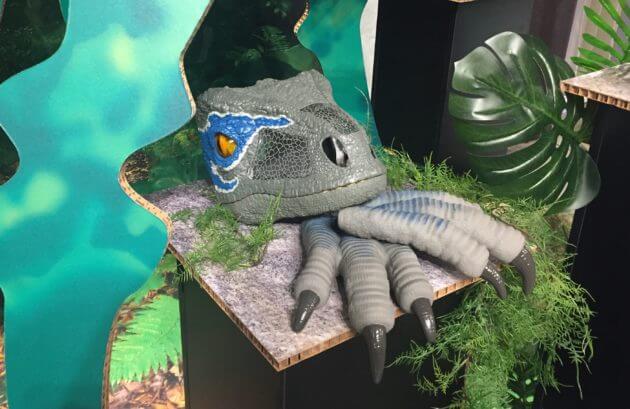 This electronic Jurassic World Chomp ‘N Roar Mask features two adjustable straps for an easy transition from human to deadly Velociraptor. Modeled after Blue from “Jurassic World,” this mask makes various dinosaur sounds. Open the mouth slightly to get a hissing noise and wider for a full-on dino roar. The eyes also move as the mouth opens.

This Jurassic World Chomp ‘N Roar Mask is suitable for all ages, and it’s available now on Amazon for $34.99. Get it here (claws sold separately). 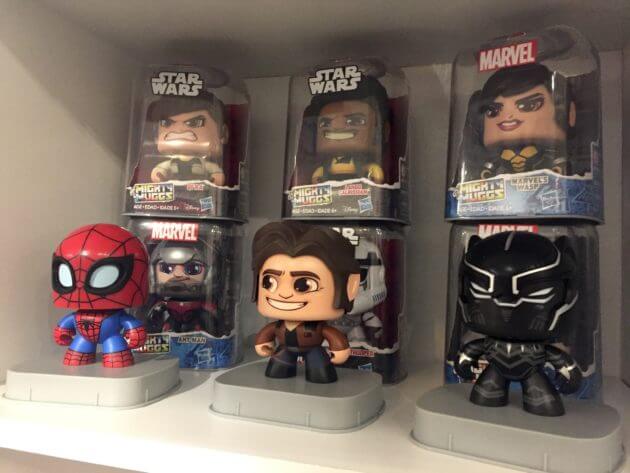 The entire line of Hasbro’s Mighty Muggs is pretty fun, but the Star Wars collection was singled out for TTPM’s Most Wanted List. The collectible figures change faces when you press down on the head, giving you three different looks from each character. The newest additions to the line include Han Solo, Lando Calrissian, and a Stormtrooper. Other figures in the line include Princess Leia, Kylo Ren, Darth Vader, and more. Each one is sold separately.

Mighty Muggs are recommended for ages 6 and up. Han Solo and Lando Calrissian are currently available for $15.94 each, while the Stormtrooper is $12.43 here.

Throughout the event, each of these Most Wanted toys was on display along with many other fun new products. Here’s a look at additional highlights from the show floor. 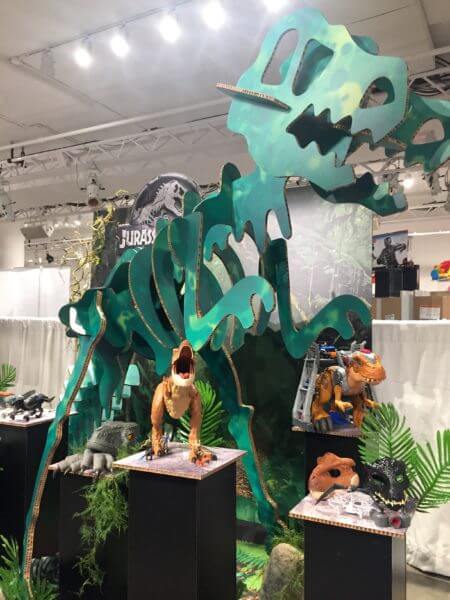 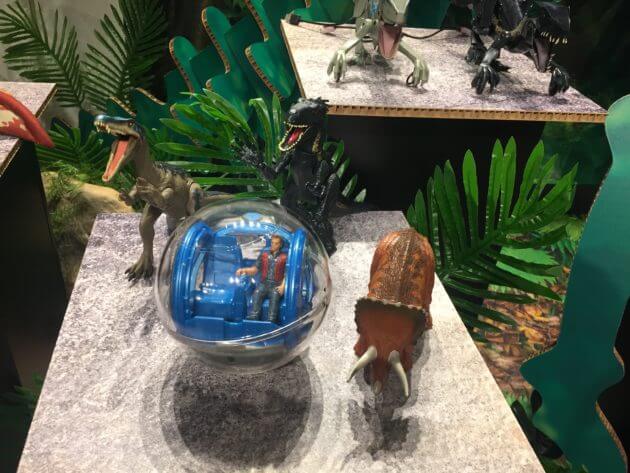 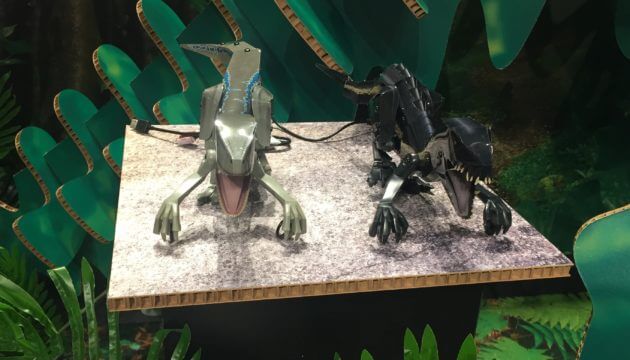 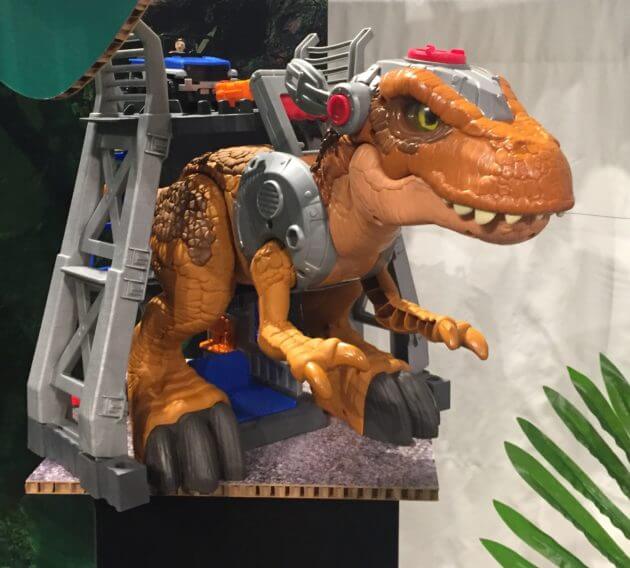 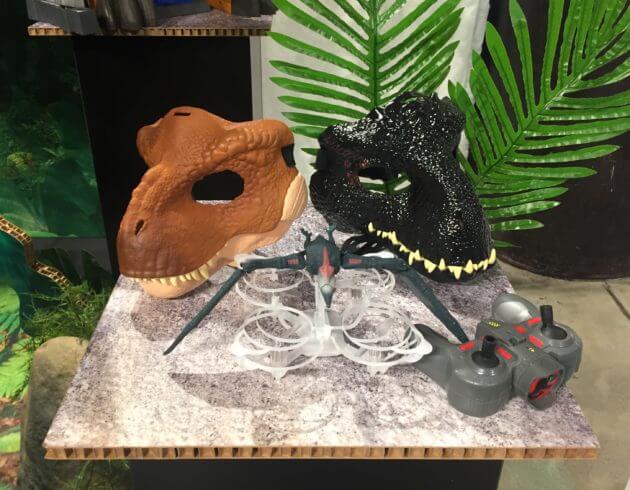 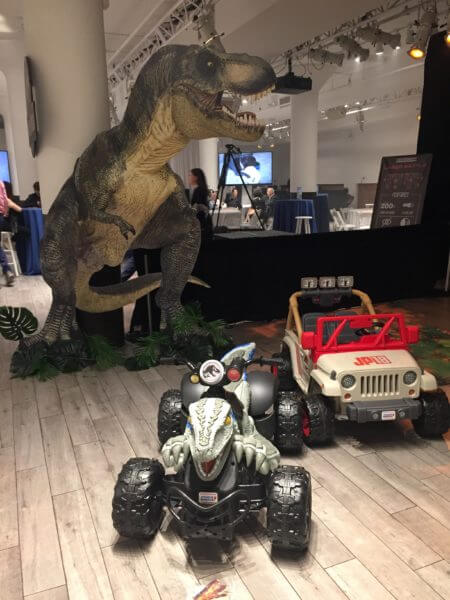 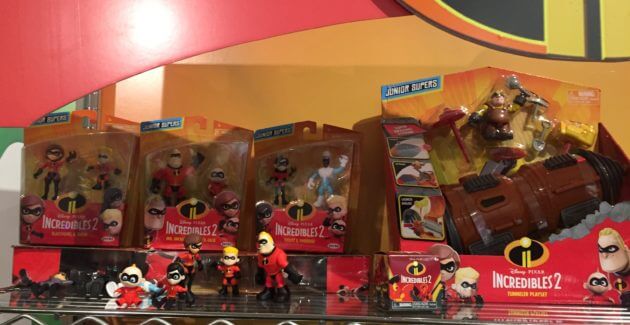 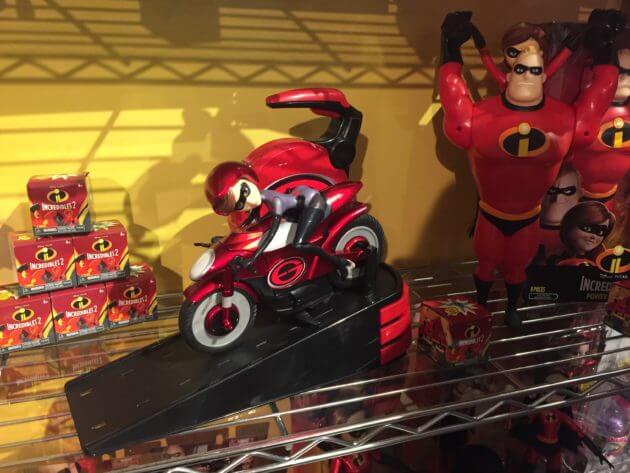 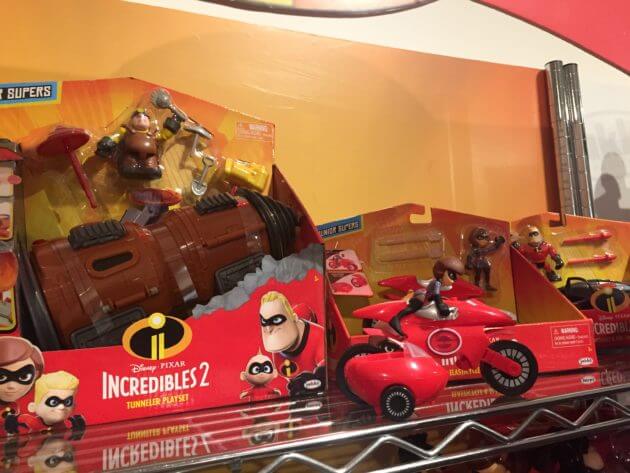 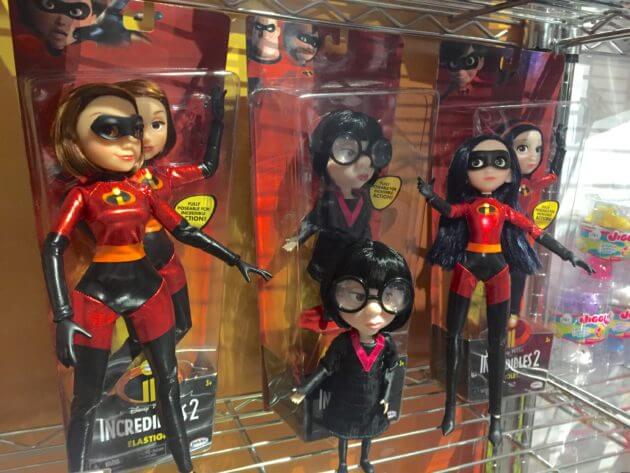 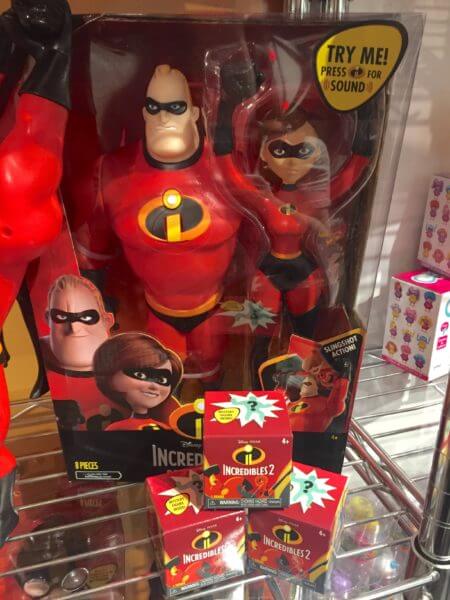 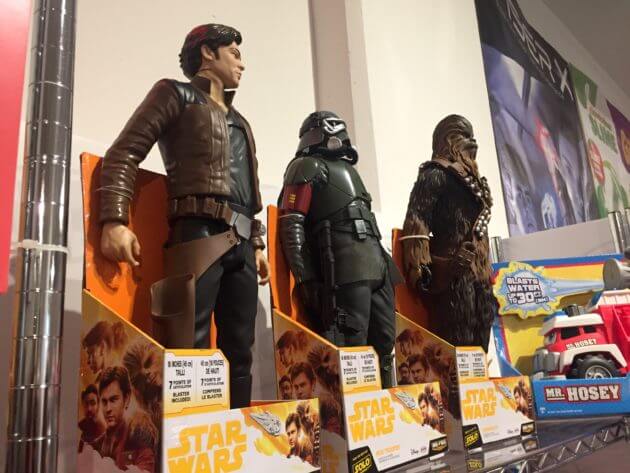 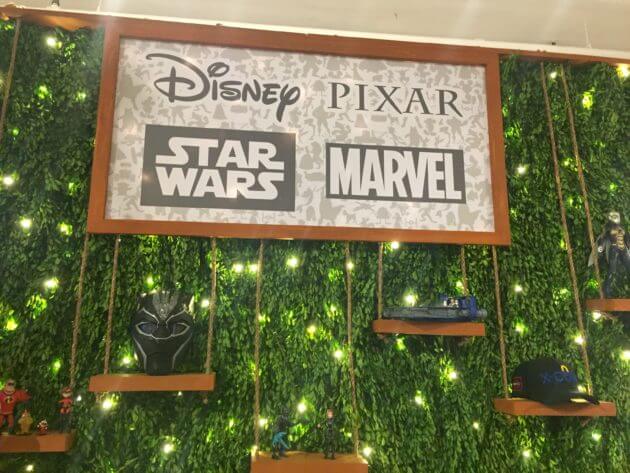 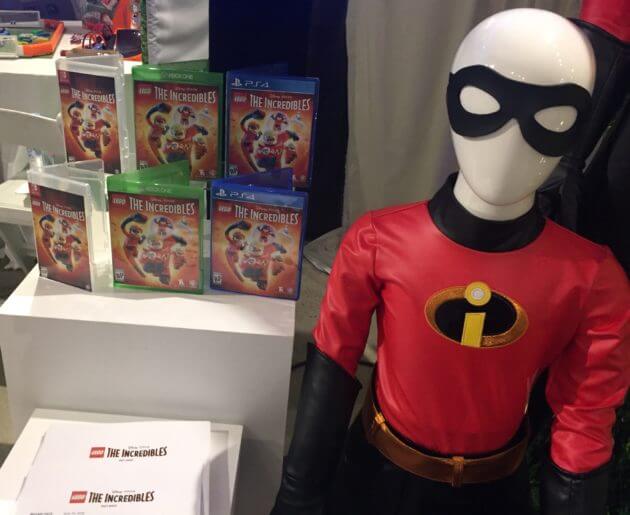 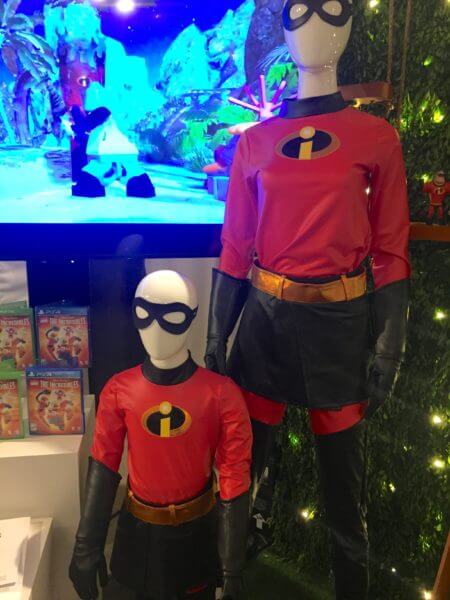 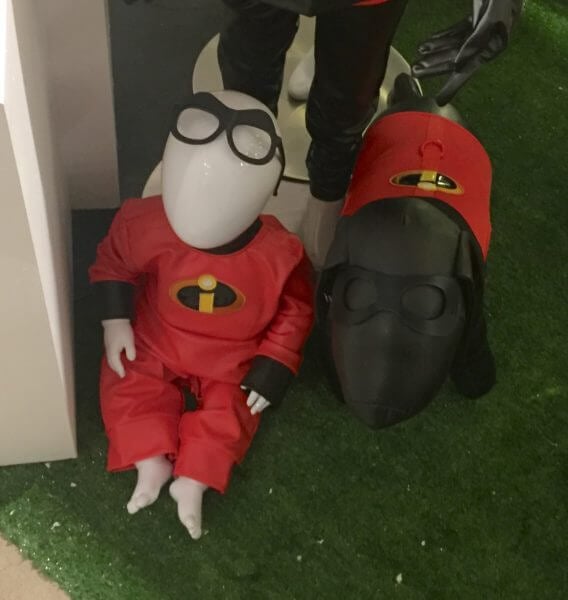 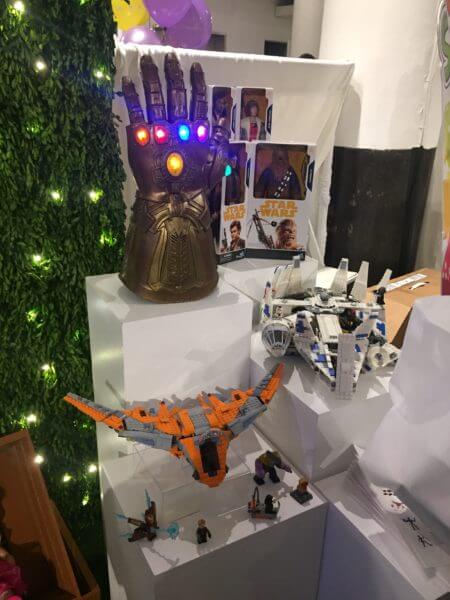