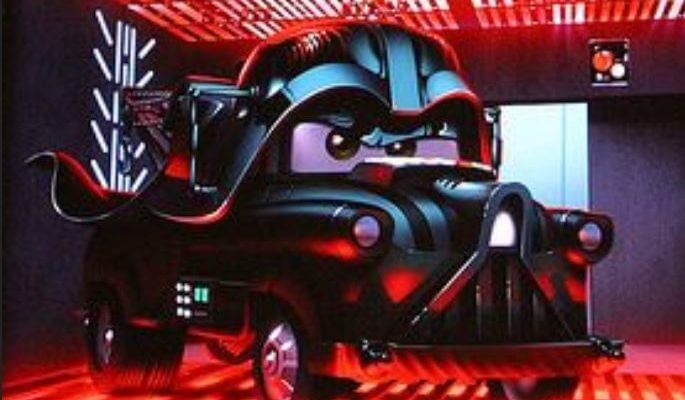 It is well known that Star Wars changed the way movie merchandise is managed.  From brilliant “early bird” cardboard promises to revolutionizing how toy action figures are made, toys from a galaxy far, far away are nothing short of legendary.

With three films in the first trilogy and eventually more motion pictures to draw from (as well as novels and television series), it would seem Star Wars supplies an almost infinite source of variety.  But that was not enough.  Crossover creativity continued the line of Force friendly toys resulting in several clever creations. 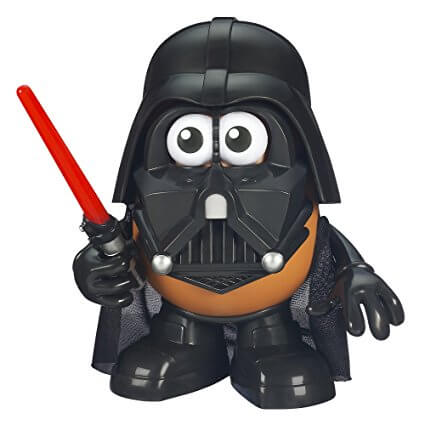 Disney and Star Wars have been pals for over 20 years. Perhaps the formation of this partnership proved a precursor to the Walt Disney Company’s purchase of Lucasfilm (which included keys to the Star Wars Universe)? 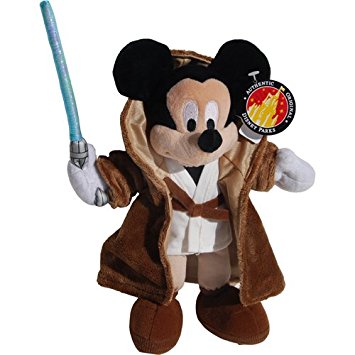 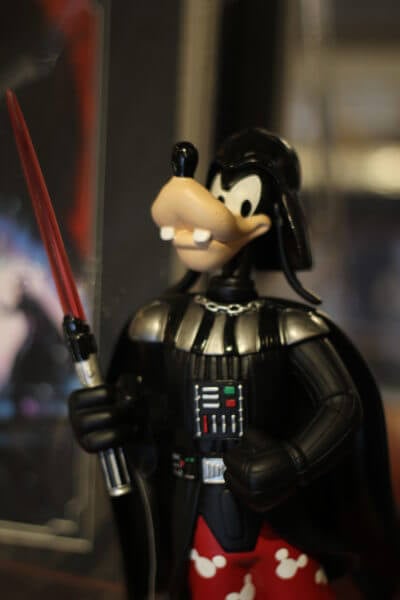 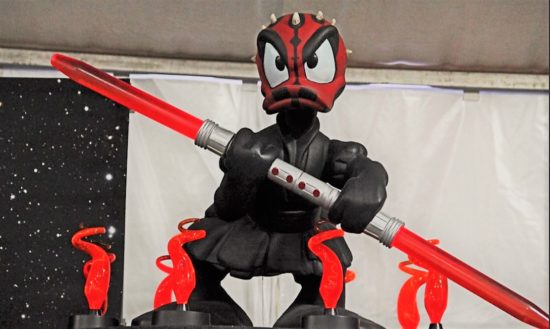 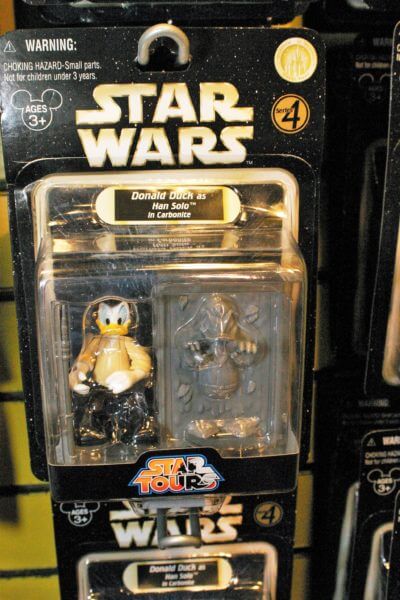 Classic Characters weren’t the only Disney properties to play space saga.  Jim Henson’s Muppets made the journey as well.  Sam Eagle and Gonzo faced off as Obi-Wan Kenobi and Darth Vader while Beaker and Dr. Bunsen Honeydew took on the roles of C-3P0 and R2-D2 in this marriage of puppets and the power of the Force. 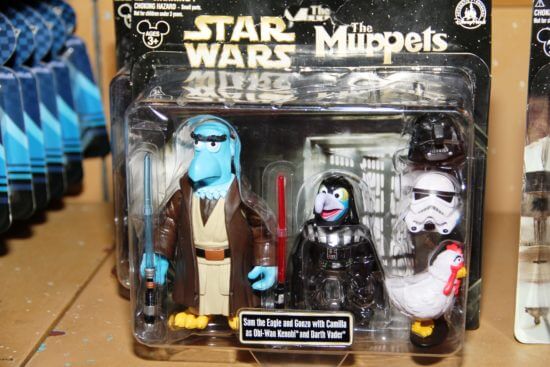 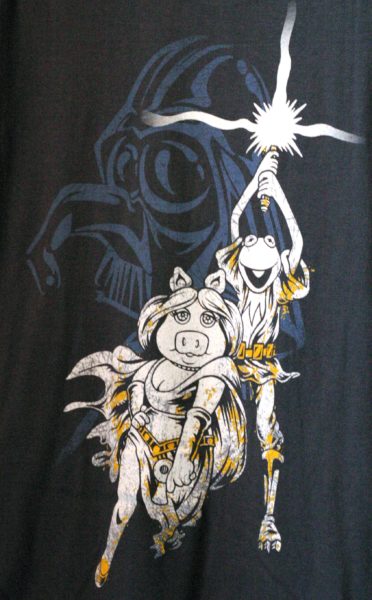 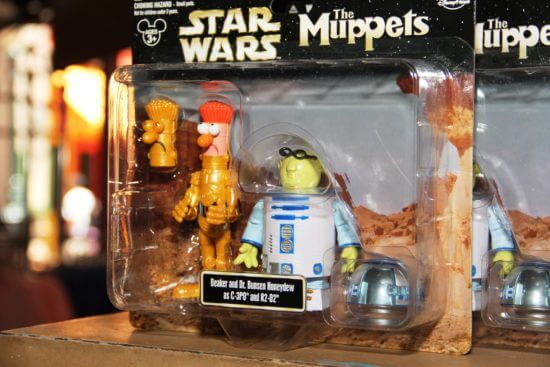 Joining in on the mashup magic, Pixar played dress up within the Star Wars universe. Characters from “Cars” costumed as familiar faces from the Star Wars universe.  Checking in for new roles, Luigi and Guido became C-3PO and R2-D2; Mater mastered the Dark Side as Darth Vader – complete with tractor (storm) troopers.  Luke and Leia looked a lot like Lightning McQueen and Sally Carrera and Yoda bore a striking a resemblance to Fillmore.  Additional arrivals appeared with Ramone as Han Solo (and Han Solo in carbonite), Red as Chewbacca, Doc Hudson as Obi-wan, Sarge as Emperor Palpatine. 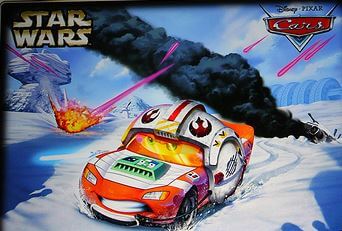 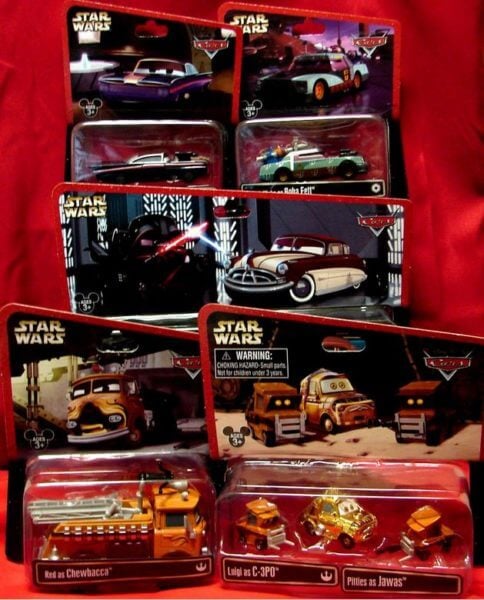 These ARE the toys you’re looking for

Disney properties were not the only subjects of Star Wars branding.  Hasbro, the current producer of official Star Wars action figures, also used the Force on another pair of popular franchises.  Competitor Mattel also jumped into Hyperspace for some hot additions. 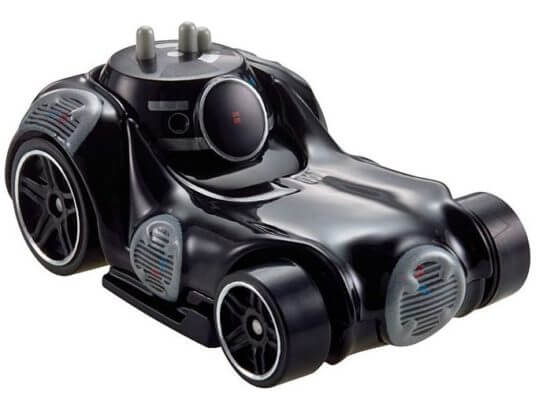 Playskool, a Hasbro brand, produces popular potato playthings known as Mr. Potato Head. This special spud has evolved over the years and now sports pop culture crossovers as part of its a-peel. Variations like Darth Tater, Spud Trooper, and R2-POTATOO exemplify this mash-up. 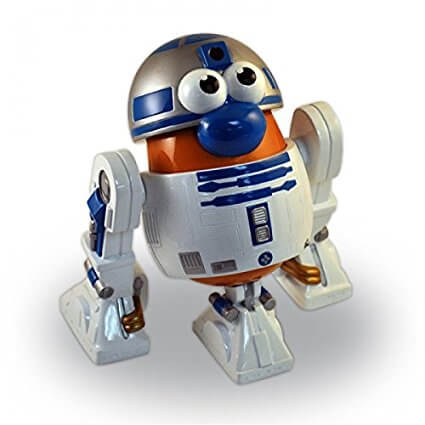 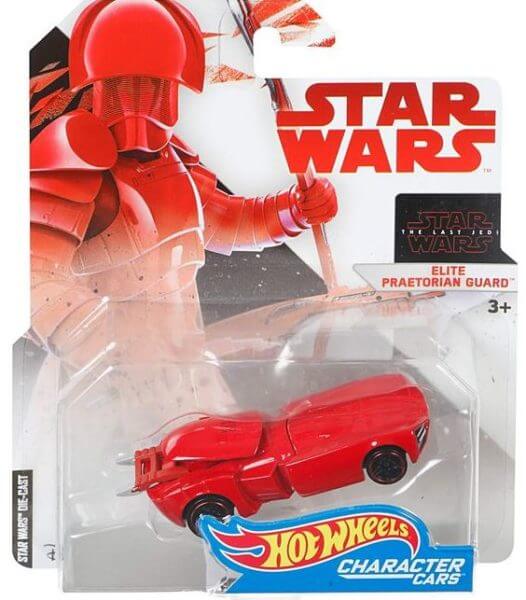 To promote their Star Wars line of vehicles, Hot Wheels even crafted raw power in this life-size Darth Vader automobile

Along with the third Star Wars prequel film, Revenge of the Sith, the world was further exposed to the dark side of the force by an unlikely entity. 2005 saw the arrival of brand new sith friendly flavor in form of dark chocolate M&Ms.  This new Mpire of candy ushered in crossover candy dispensers, action figures, and toys.  Several of these darkly delicious M&M Mpire toys can still be found on Amazon today. 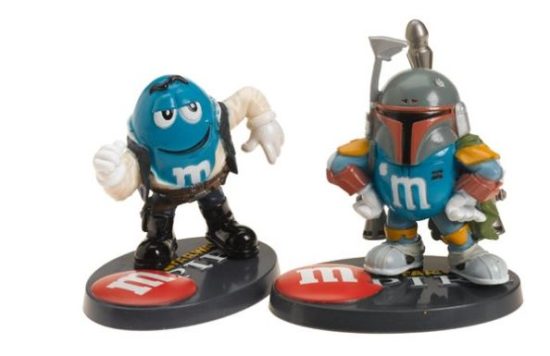 Were you a crossover collector?  What was your favorite Star Wars transformed treasure?  Please share your epic tale in the comments below. 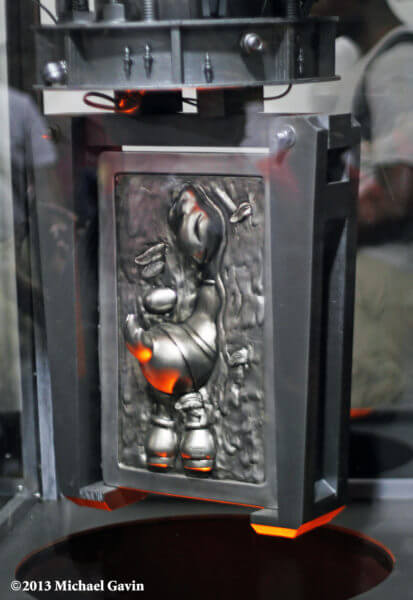