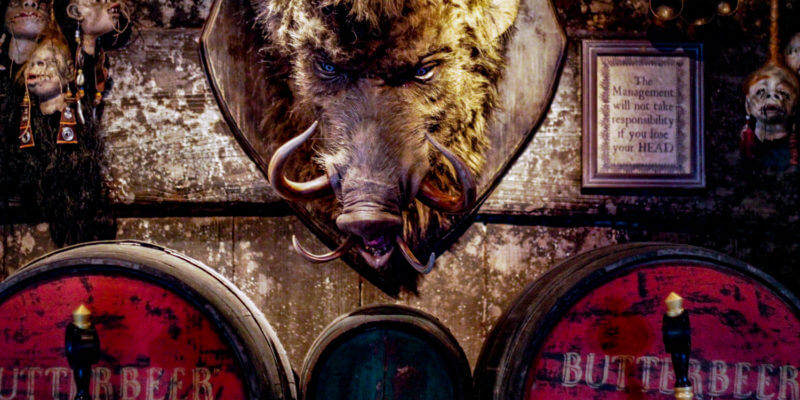 While a visit to a theme park might be a superb setting for a family getaway, not all vacations are for the minions.  Sometimes mom and dad need an escape without children. Hence, we’d like to offer these spirited suggestions for finding an adult beverage or few in a fun themed environment.  Of course, we do hope and encourage you to handle your pour judgment with a degree of responsibility when it comes to consuming.

For the first part of this journey into themed drink destinations, we suggest grabbing a handful of floo powder and setting a course for the Wizarding World of Harry Potter at Universal Orlando Resort. 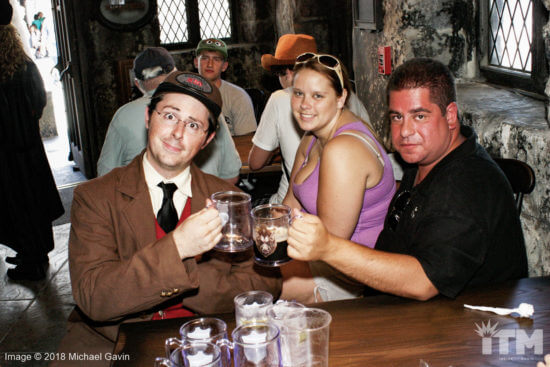 When Harry Potter and Universal Studios first materialized in Orlando Florida, it was a delightful diversion into the realm of J.K. Rowling’s enchanting series about “the boy who lived.” Visually based upon movies from the franchise, Hogsmeade Village became the go to destination for the ultimate Harry Potter experience when it officially opened on June 10, 2010. 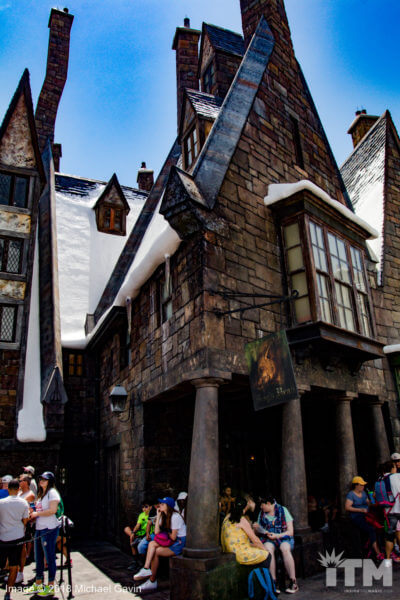 Within this slice of Universal Resort Orlando’s realm are several spellbinding shops, exciting attractions, and enchanting experiences. Hogsmeade’s dining destination, “The Three Broomsticks,” replaced Merlin’s Oak as the restaurant of choice for visiting muggles and would-be wizards.  Adjacent to this, Hog’s Head tavern offers an excellent opportunity for adult potions (along with several non-alcoholic alternatives). 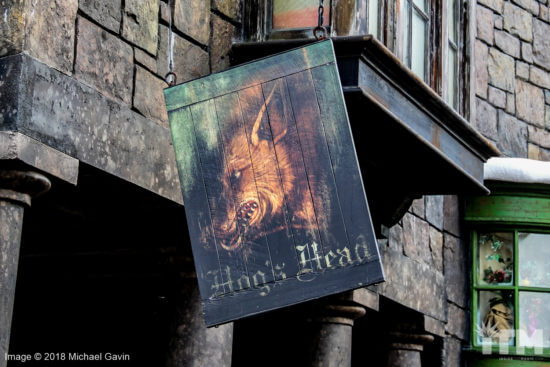 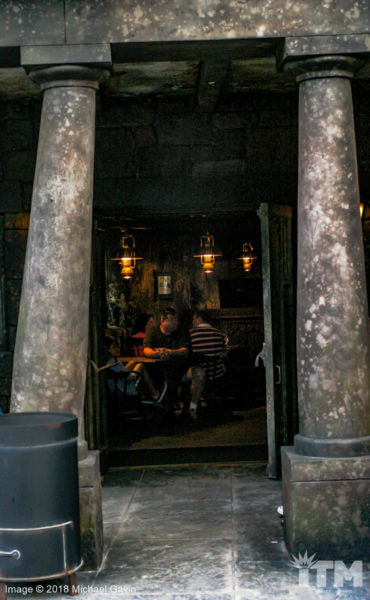 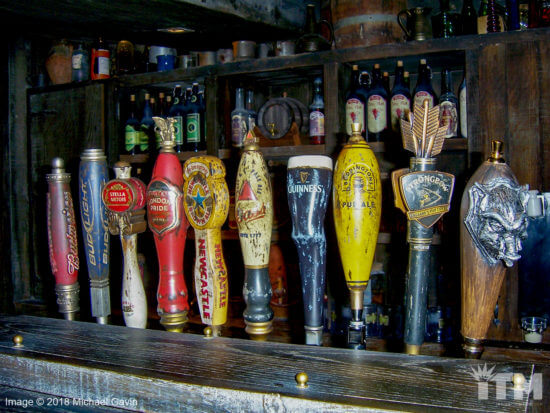 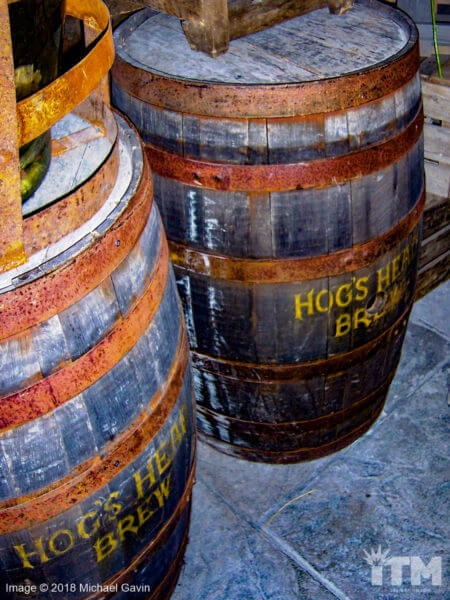 Keeping with the timeworn wizarding look for the rest of Hogsmeade, Hog’s Head has a slightly whimsical, weathered and antique atmosphere. This is especially accomplished with the pub’s perfectly placed icon, a large boar’s head mounted on the wall behind the bar. 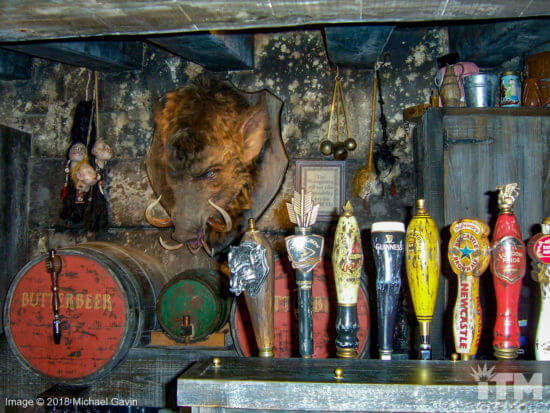 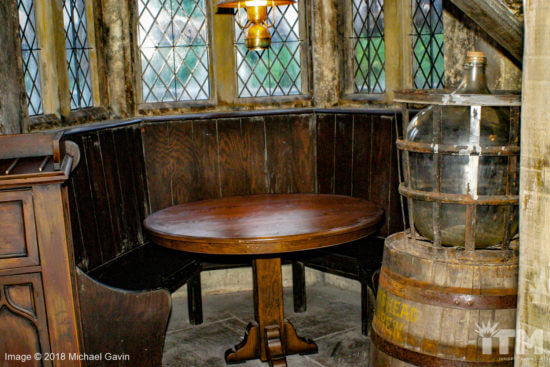 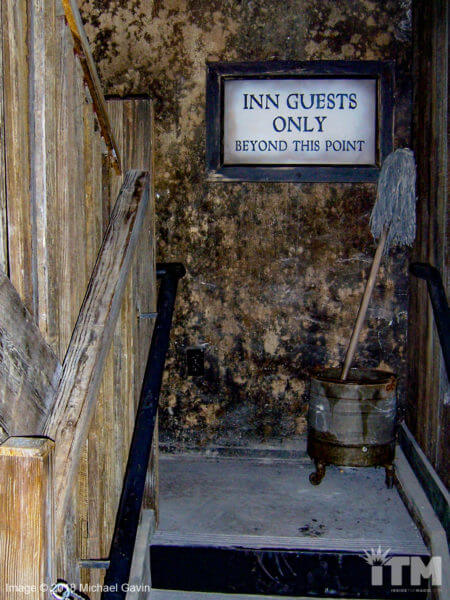 With the success of Hogsmeade Village, Universal Orlando Resort’s other (and original gate) was targeted for expanding the experience.  Amity and its original opening attraction Jaws was cleared out to make way for Diagon Alley.  This small corner of England, hiding behind a set of British buildings, completely dazzled guests when it opened in April 2014. 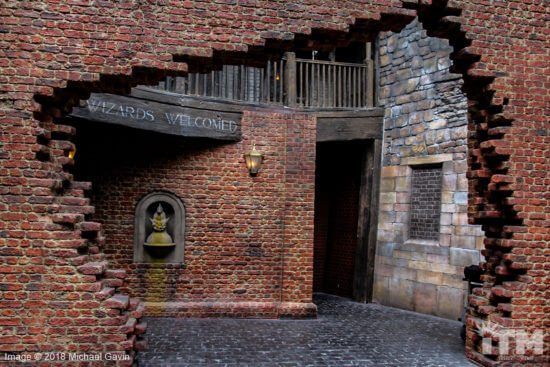 Once past the ‘moving’ brick wall perimeter, visitors are fully enveloped within the magic of all things Harry Potter.  Within Diagon Alley, additional shops and shows were added as well as new dark ride and opportunities to make magic with interactive spell spots (tied to RFID enabled special wands).

Diagon Alley also emerged with a pair of perfectly placed wizarding watering holes.  In addition to being able to grab a brew at the Leaky Cauldron, adult muggles have the option of visiting either the Hopping Pot or Fountain of Fair Fortune for their liquid refreshment requirements. 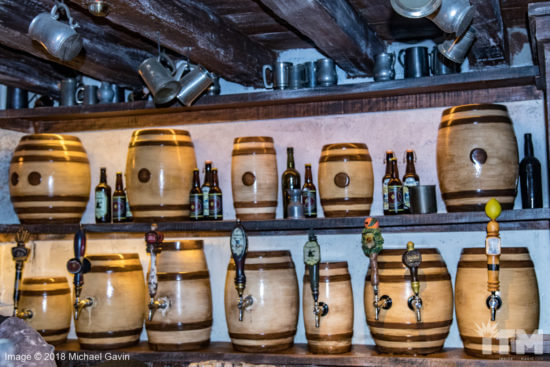 Located near Knockturn Alley, Fountain of Fair Fortune, named after one of the stories from “Tales of the Beedle Bard,” offers a choice of non-alcoholic beverages. Find Butterbeer, Pumpkin Juice, Gilly Water, and Pumpkin Fizz alongside its offering of beer and adult beverages. 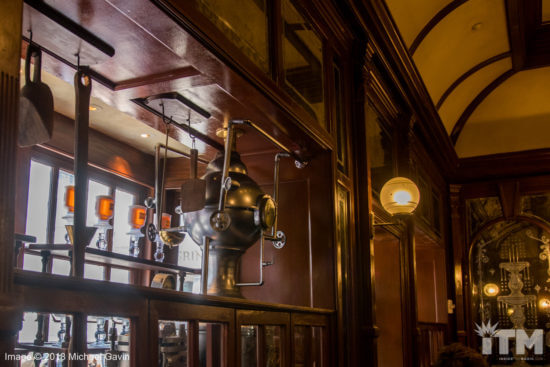 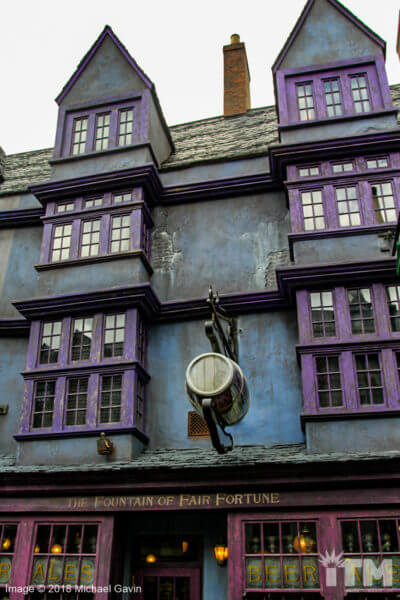 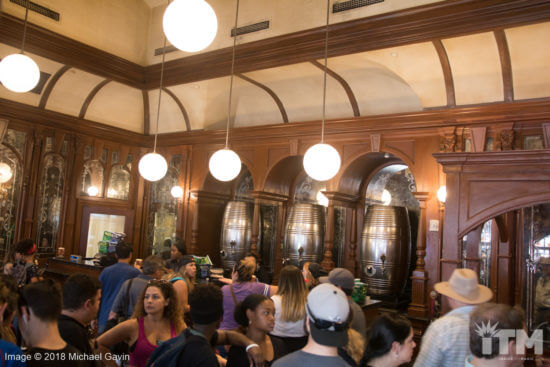 On the opposite end of Diagon Alley, thirsty guests can visit the Hopping Pot.

“Nestled within the activity of Carkitt Market at The Wizarding World of Harry Potter™ – Diagon Alley™ is this walk-up counter where you can cool off with a variety of delicious drinks. Want to know an inside tip? It’s also a great place to grab yourself a cup of Butterbeer™ ice-cream, as well as a light snack before strolling over to watch a live performance by Celestina Warbeck and the Banshees.  Aside from Butterbeer™, you can try exclusive Diagon Alley™ drinks like Tongue Tying Lemon Squash, Otter’s Fizzy Orange Juice, Peachtree Fizzing Tea, Fishy Green Ale, and our Wizard’s Brew and Dragon Scale beers.” Universal Orlando Resort website 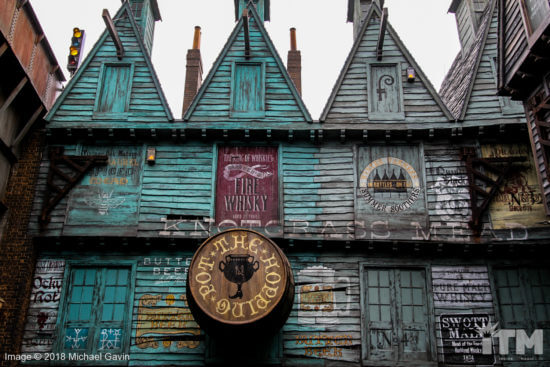 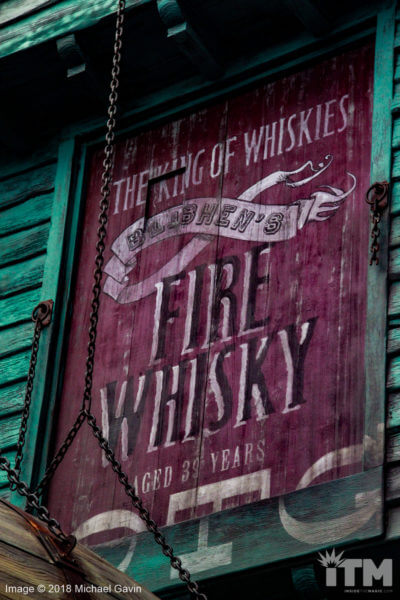 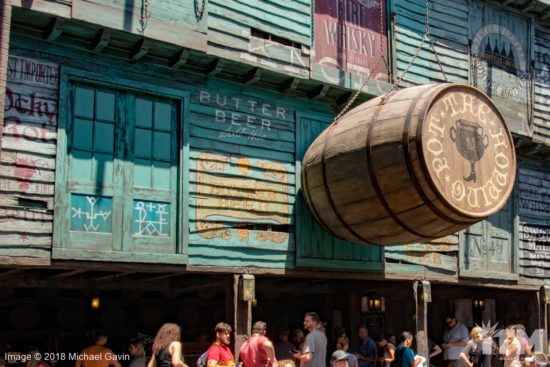 From magical potions to wizarding brews, these three magical themed watering holes are just a few examples of delightfully designed places for grown-ups to grab an adult beverage when vacationing (in this case, at Universal Orlando Resort). 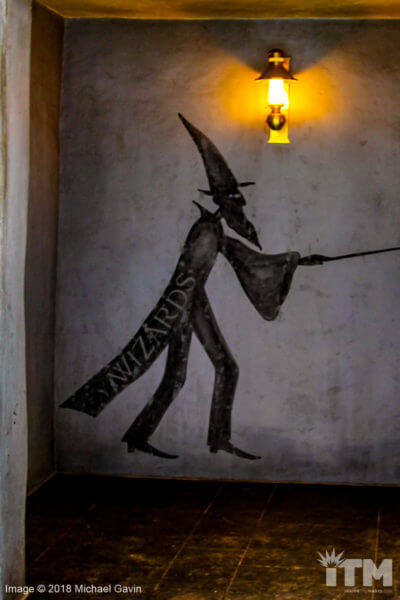 Stay tuned to ITM for exciting examples of themed drinking destinations in our next installment of Raising the Bar.