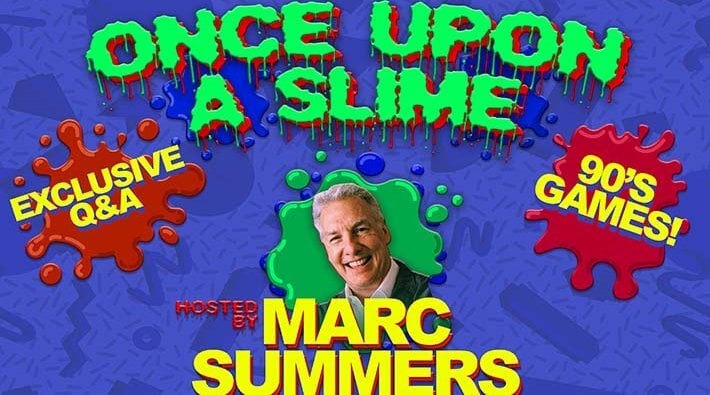 “Once Upon A Slime: Double Dare Live,” a night that will be full of 90s Nickelodeon nostalgia, is coming to the Hard Rock Live at Universal Studios Orlando.

For anyone who didn’t grow up watching Nickelodeon in the 90s, “Double Dare” was one of the cable channel’s most popular game shows. It featured two teams competing to win cash and prizes by answering trivia questions and competing in messy slime-filled stunts and physical challenges.

On July 30, Marc Summers, the show’s original host, will once again take the stage with the late show’s biggest stars to bring back the iconic series for one special and sentimental night.

This exclusive live show will feature the show’s biggest stars from the 90s, including Kel Mitchell of “Kenan & Kel” and “All That,” Lori Beth Denberg from “All That,” Danny Tamberelli from “The Adventures of Pete and Pete” and Michael Ray Bower, Donkey Lips, from “Salute Your Shorts.”

Select visitors to the event will get to play everyone’s favorite games from the show as guests will be selected from the audience to come up on stage and play these nostalgic games alongside the show’s original stars.

Have you ever wanted to ask Marc about what it’s like to slime countless eager children for over a decade? Or Kel why he had an obsession with orange soda? Well this event will give you that chance as the show’s second half will feature an exclusive Q&A with Marc, Kel, Lori Beth, Pete and Michael.

The pre-sale is happening now, so make sure you don’t miss out on this once in a lifetime event! Tickets are now available through Ticketmaster with the pre-sale code SLIME.

For more information about the event or tickets, be sure to visit the event’s official website.

Will you be attending this slime-filled event? Let us know in the comments below!