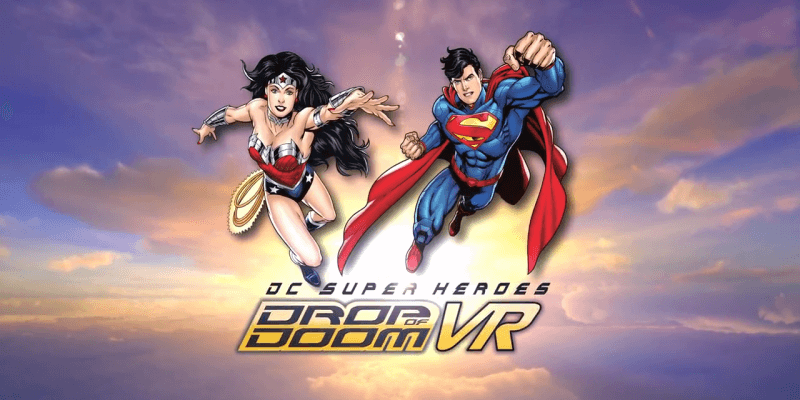 After putting on special virtual reality headsets, riders buckle into floorless seats and get immersed in a 360-degree virtual world where they’re unwittingly invited by DC Super-Villain Lex Luthor to test the newest LexCorp levitation technology. During the thrilling ride, which drops guests 400 feet at speeds of up to 85 mph, Superman and Wonder Woman make an appearance to battle with their nemesis.

Highlights from the interactive storyline include:

The ride debuted on March 26 and remains open for a limited time. Riders must be at least 48″ tall to ride DC SUPER HEROES Drop of Doom VR, and at least 13 years old to take part in the VR experience.

For more information on Six Flags Magic Mountain, head over to their official website.