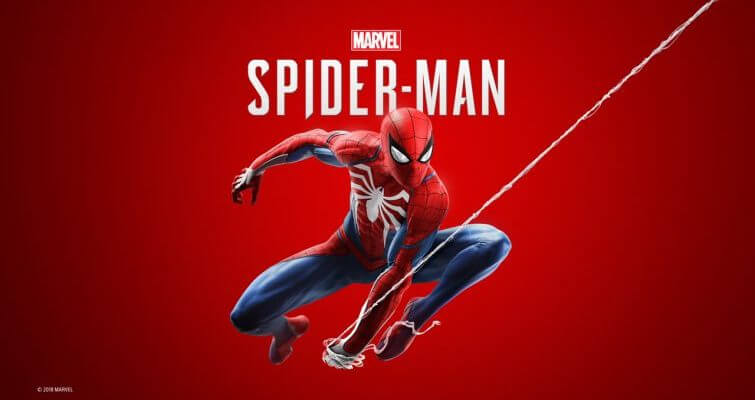 Along with the release date, the company revealed the final box art for Marvel’s Spider-Man. The cover features a more experienced Spider-Man in his Advanced Suit, and his pose takes inspiration from fan-favorite Spider-Man comic book art. Fans may notice nods to the work of J. Scott Campbell, Mark Bagley, John Romita Sr., John Romita Jr., Joe Quesada, Steve Ditko, and many other iconic Spider-Man artists. 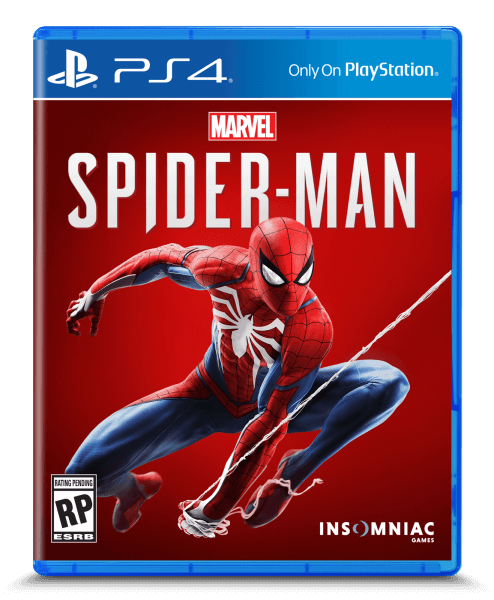 This cover adorns the standard issue of the game, which will be available at retail stores and digitally at the suggested retail price of $59.99.

A Digital Deluxe version of the game will also be available for a suggested price of $79.99, and it includes new story chapters for Insomniac’s post-launch DLC series “Marvel’s Spider-Man: The City That Never Sleeps.” The three chapters include new missions, new villains and characters, and additional suits for Spider-Man. Those who pre-order the Digital Deluxe version will also receive a limited edition pin by mail (only available to those in the U.S. and Canada) featuring Spider-Man as he appears on the game’s cover art.

The Collector’s Edition (suggested price of $149.99, while supplies last) includes all the digital content from the Digital Deluxe edition as well as a Steelbook case featuring the iconic white spider, Mini Artbook from Titan Books, and a Marvel’s Spider-Man statue by Gentle Giant. The entire statue hasn’t been revealed yet, but it shows Spider-Man perched on top of something that counts as a spoiler. 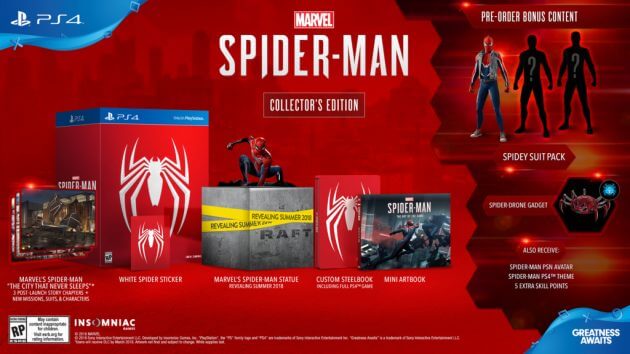 You can pre-order Marvel’s Spider-Man for PS4 at the PlayStation store or your favorite online retailer.